Model turned actor Abrar Zahoor might just be one of the most loved bad boys in Bollywood. His portrayal of the empathetic terrorist in Neerja stole hearts, making him one of the biggest debuts of the year. We got in touch with the actor to speak about his journey from the modeling runway to the airport runway. Here’s what he had to say: 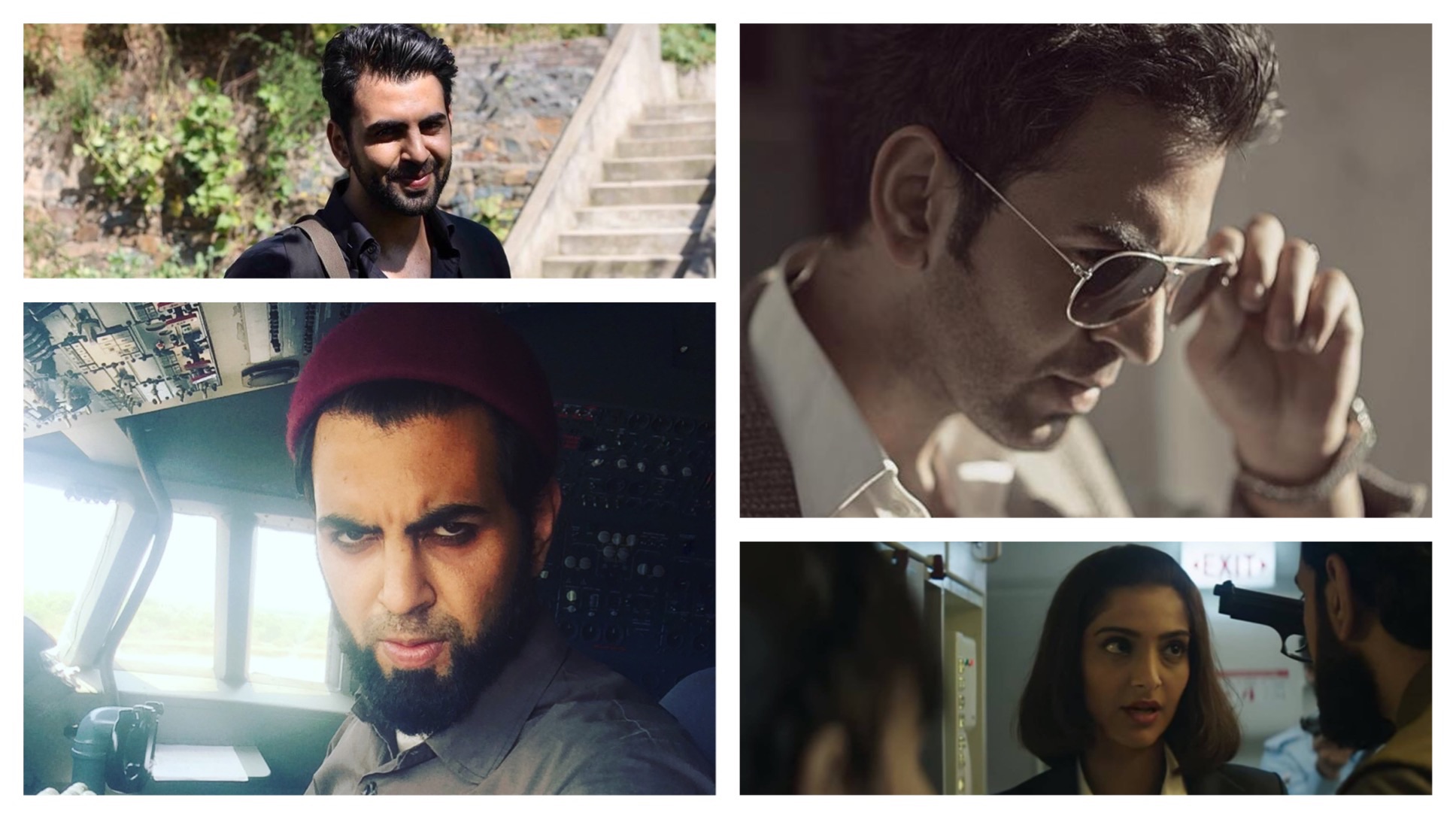 Tell us a bit about your journey. How did acting happen for you?

I would like to describe it as a journey full of aspiration and determination. Acting was always on my mind; from a tender age of 12 I wanted to be an actor and Bollywood always fascinated me. But yes, I must confess I never thought I would reach there and even bag a role so quickly. Honestly speaking, we all know that Bollywood isn’t an easy industry to crack. Thousands of aspirants like me reach Mumbai everyday with big dreams of becoming an actor and wanting to be a part of this industry but only a few make it and survive successfully. It takes a lot of grit, determination, passion, commitment, patience, resilience, discipline, hard work and sacrifice to be a part of this industry. Of course not forgetting great acting skills and smart thinking and being able to identify the right opportunity and giving it everything you have. Yes, I am here and taking it slowly but steadily to fulfill my dreams.

Both Neerja and your character have received an immensely positive feedback. How does it feel?

Sonam Kapoor is an amazing human being first and a of course a very professional actor as well. She is a very down to earth and an understanding person both mentally and physically. The movie demanded a lot from all of us and the kind of stuff she had to take during the shoots and the dedication she has put in shows her level of commitment and professionalism. She wanted this movie to be as real as possible and worked very hard to portray the character of the real Neerja Bhanot. Working with her was a great learning experience for me personally. She was brilliant in the movie and it was a real pleasure working with her and getting to know her. 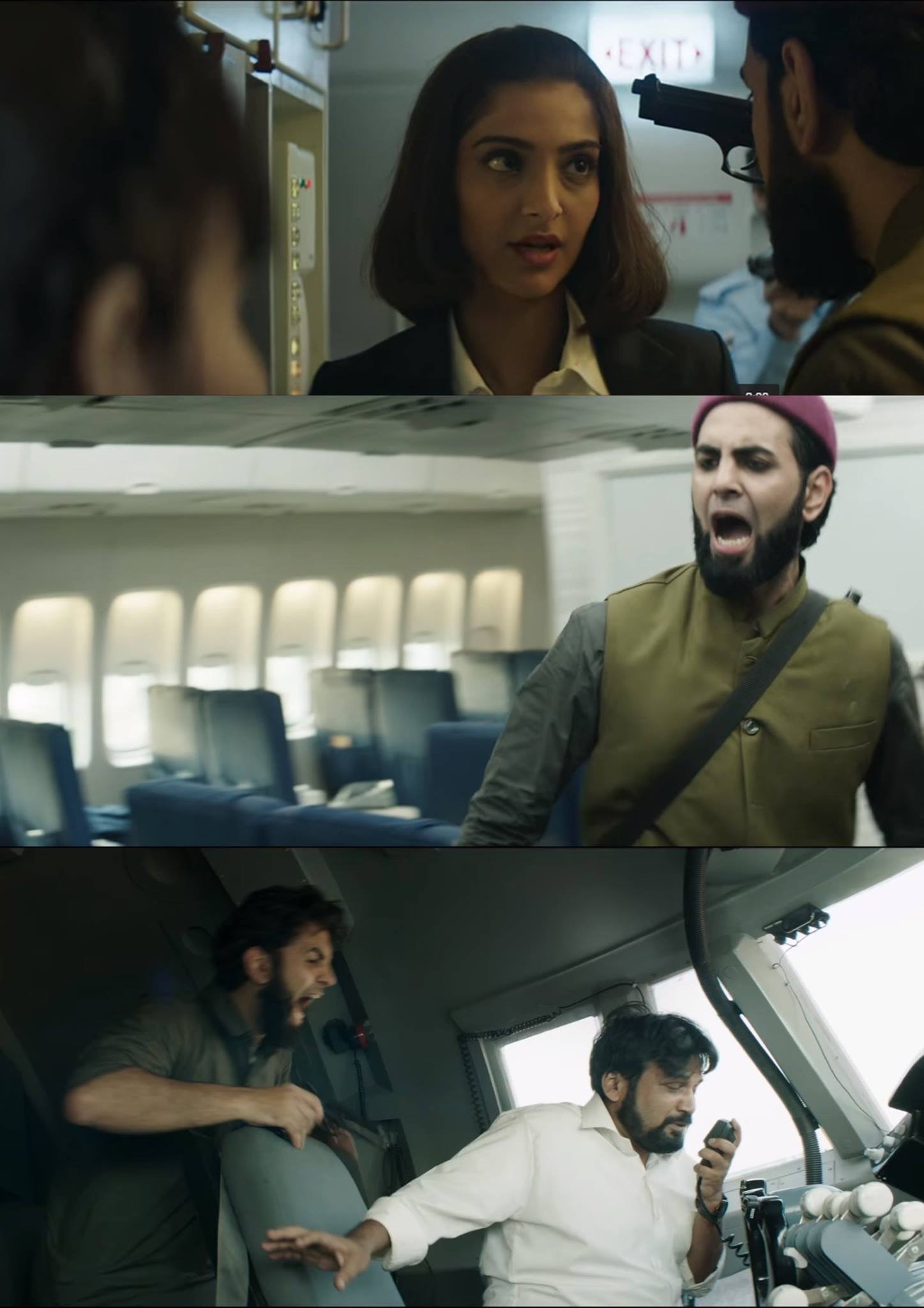 What was your initial interaction with the cast like?

Truthfully I went with a lot of apprehension and the thought of working with a bunch of unknown people was kind of weird but exciting at the same time. It started off with a normal Hi / hello greetings and introductions initially. Later we all met at the workshop which was a lot of fun and all of us got along very well from day one. Great happy memories.

You were portrayed as the more empathetic terrorist in the film. How difficult was it to portray such a complex character?

It was complex but not that difficult really. Though in reality I am an empathetic person, I must say my behavior and mannerisms are just the opposite of that of the character’s. So I used to consciously change my ways and habits and do exactly the reverse of what I really am. What made it easy was the training we received from Vinod Rawat (acting coach) and Ismail Sir (Arabic language coach) who taught us the new language which no one was familiar with.

What thoughts were going through your mind when your first heard the script? Were you at all reluctant to take on the role?

I was very excited as I always wanted to play a negative lead. I thought it was a brilliant script and when I heard that it would be directed by Ram Sir and script written by Saiwyn, I was super excited. At that point I wasn’t even told that Sonam would be playing Neerja. So no question of reluctance, I thought it was an excellent opportunity and would give it my all.

Who would you consider to be your biggest support system in the industry?

I think all young talent and new comers in this industry need a support system to survive and grow. For me my biggest support system are definitely my seniors and my audience. One needs a lot of guidance and mentoring in this field and nothing like having a senior as your mentor and coach to help you grow. There’s lots to learn from their experience and work.

The yardstick of stardom and success hinges on the reaction of the audience. They could either make you or break you. One feels motivated when your audience accepts you and appreciates your art and work, then no one can bring you down. My focus is to continuously improve my acting skills and get better at what I love doing so that I keep my audience always happy and engaged.

Where do you see yourself professionally in 10 years?

Continuing to do lots of good meaningful work and growing as an actor. May be another movie with Sonam! Just not in a negative role though….hahahaha.

What type of television shows and films do you enjoy watching the most?

I mostly like realistic stuff, so anything related to that gets my attention.

According to you, what is the ultimate tip to follow in order to gain success as an actor?

Learn how not to act. (stole the line from Vinod, who keeps saying this ). It’s very tough not to act. Not to show but to be.

Are you currently working on any projects?

Well yea. You will hear it soon inshallah