To prepare for Housefull 3, the leading lady Jacqueline Fernandez was trained in the art of comedy by none other than superstar Akshay Kumar. Jacqueline revealed that she loves the comedy genre but that her role in Housefull 3 is tougher than other roles she has played. What made all the difference was her experienced coach Akshay. 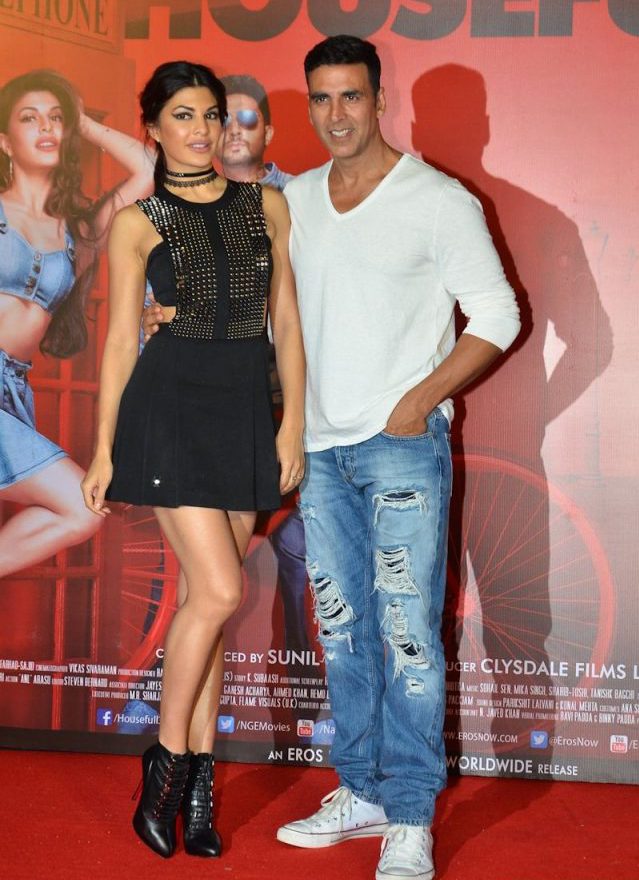 “I had the best trainer with me – Akshay Kumar. If I have managed to do any comedy at all in this movie, it is only because of him. He says things with such a straight face even while cracking a joke that it’s hilarious. In comedy, if you don’t have the right tuning with your co-actor, the humour can fall flat. I wish actors got more credit for humour. I’ve worked with Akshay in an intense movie (Brothers) and the kind of effort he takes to get into the role is a learning experience.”

The film also stars Abhishek Bachchan, Riteish Deshmukh, Nargis Fakhri, and Lisa Haydon, a fresh combination of stars together for the first time on celluloid, Promising a rollercoaster ride of comedy and fun, Housefull 3 releases internationally on June 3, 2016.