Ever get invited with your parents to an Indian Function that you really didn’t want to attend? Or ever get pushed to go somewhere for a Birthday Party or Graduation Party where you don’t know anyone because you feel like an outsider and can’t remember an uncle or even aunties names? Well if you have then you can relate to this film!

Netflix recently acquired ‘Family Party’ and now the entire world will be able to relate to this amazing film put together by Flim Maker Pari Mathur. After a long, arduous, but ultimately very fulfilling journey, independent filmmaker Pari Mathur’s is now able to tell a story which many Young South Asian Kids can relate to. But the story just isn’t a film about a Party at a Family Function, it also gives a meaningful message to the youth of today.

“Family Party” is a coming of age, romantic comedy, which follows a group of Indian American teens who get dragged to a family party, who then plan to sneak out once they all realize they have tickets to the same local concert.

I had a chance to speak with the film maker Pari Mathur about the film and how he started writing for the film and casting! Check out what he had to say!

How long did it take you to make this film?

Pari Mathur:  The film took me 6 years to make. I tell people I have two babies—my actual daughter and Family Party.

Pari Mathur: As a timeline: I finished the screenplay back in 2009 and didn’t know where to turn to or how to make it. I spent the next several years putting a budget and business plan together, and then going around to my network—some who were in LA—trying to figure out how to make it. The more that I went to LA though, the more I realized I would lose control of why I was making the film and the story would be affected. So I brought the production back to Northern California. I already had a large network from working in advertising in the Bay Area so I decided to set up shop here. We initially launched a Kickstarter campaign but didn’t hit our goal. However, because we made so much noise, we were able to get private investors who believed in my mission and passion.

We raised just enough money to go into production the summer of 2013. But, because of our low-budget, we all had to work extremely hard. They say the “best creativity comes from limitation” and I have to give credit to the entire crew who brought this story to life with basically nothing—it was a wild and crazy set everyday. The crew was (and still are) some of the most hardworking and talented individuals I’ve ever met. The entire shoot only took 14 days all around the Bay Area (Oakland, San Jose, Pacifica, Pleasanton, Saratoga, and more)

After the actual shoot, we ran out of money. So, I spent two years self-funding the film for post production. Luckily, I was able to get a job on the marketing team at companies like Pinterest, and Coursera full-time thereafter, and kept squirreling away bits of money here-and-there towards editing, color correction, sound mixing, titles, and more. It was a slow and painful process but I learned how to manage myself, my time, and how to be patient. I also had a daughter during this period, so there were nights where I would see stars in my eyes at night from juggling way too much. I won’t go into too much detail about the “dark days”, but all it took was to look at my daughter, to find the energy to keep going.

I completed the film in 2015 and sent it out to festivals. The prestigious New York Indian Film Festival was gracious enough to accept us and we premiered the film in May 2015 (It’s a festival where Slumdog Millionaire, Monsoon Wedding, The Namesake, and more, have all premiered over the years)

This got the attention of a distribution company and we signed with them thereafter. They helped us release the film on transactional platforms first such as iTunes, Google Play, Amazon, and Vudu on Oct 7 2015. And then through the energy of the universe, we pitched to Netflix, and they acquired our film. It became available to stream worldwide on Netflix in all English-speaking territories on March 1, 2016. 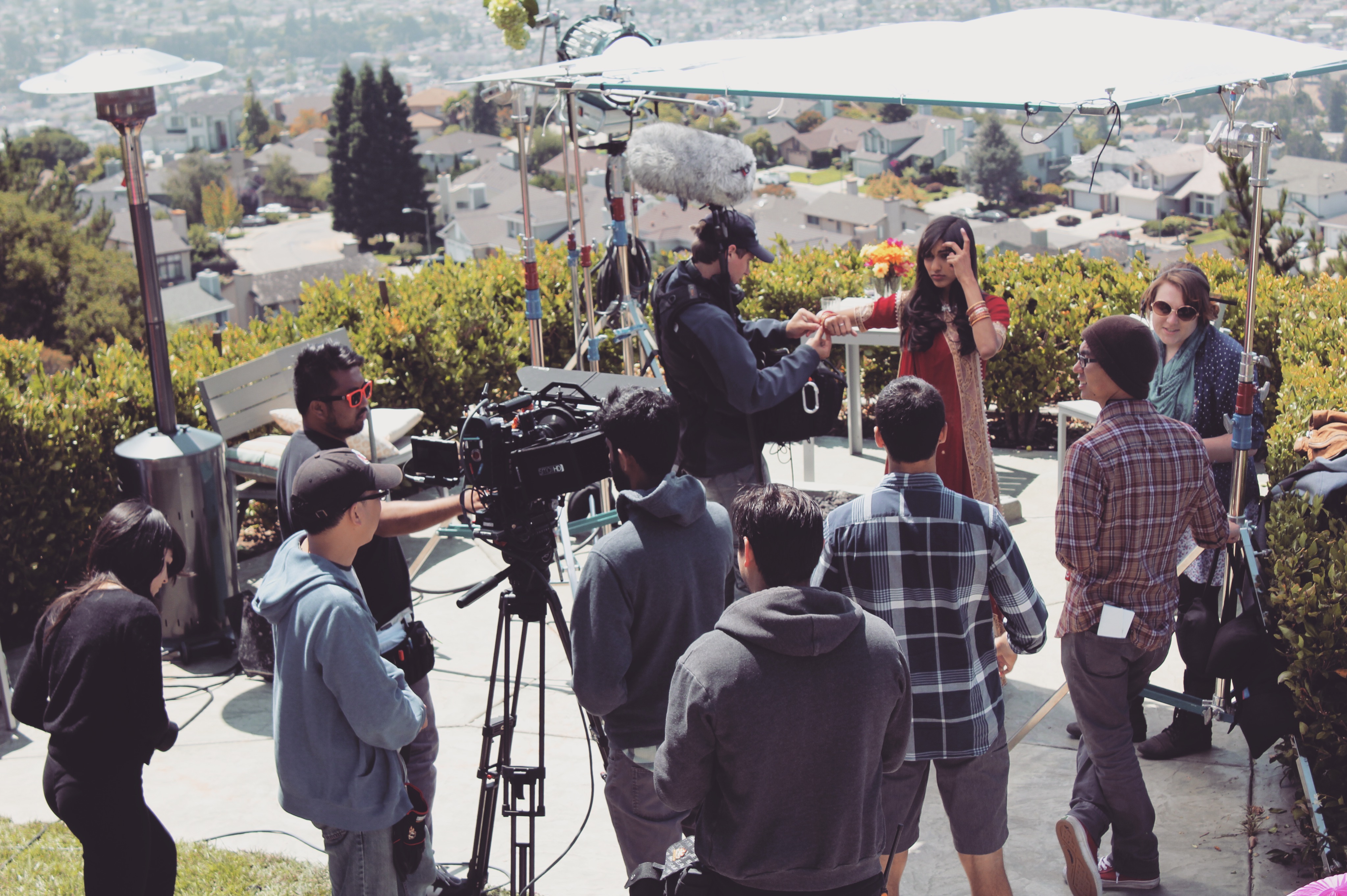 UrbanAsian: Why this story line and what made you come up with the title ‘Family Party’

Pari Mathur:  I went to film school with the goal to write and direct features, but fell into the advertising world, and started writing and directing commercials. This was before YouTube so I was able to sell the idea of telling stories for TV and the internet. After five years of making content for big brands like Facebook, Toyota, and other large to small companies, I felt it was time to shift focus and tell my own stories. That’s how Family Party came about.

Also, I’m a big fan of romantic comedies from the 80’s and 90’s, with directors like John Hughes or Rob Reiner. I feel romantic comedies these days deal with a lot of unnecessary adult themes, so I wanted to bring back that innocence and wholesome quality back into storytelling. So this film was definitely a throwback to the classics.

In addition, I’ve been on a mission for several years to change perceptions of Indian-Americans in the media (Huff Story). When I started, there were a lot of Indian-American films that dealt with the same drawn out subject like: the parents vs. the kids, traditional vs. modern, how it was in India and how different it is growing up as an Indian-American kid today. I was tired of watching the same theme over-and-over so I wanted to tell an updated story. Family Party is a cultural film 2.0.

Lastly, as far as a personal experiences, it was also probably because I got dragged to family parties that I didn’t want to go to as a kid (haha!). And the more that I shared the story with my family and friends, they all agreed that this was a topic that was part of their growing up experience too and needed to be told! 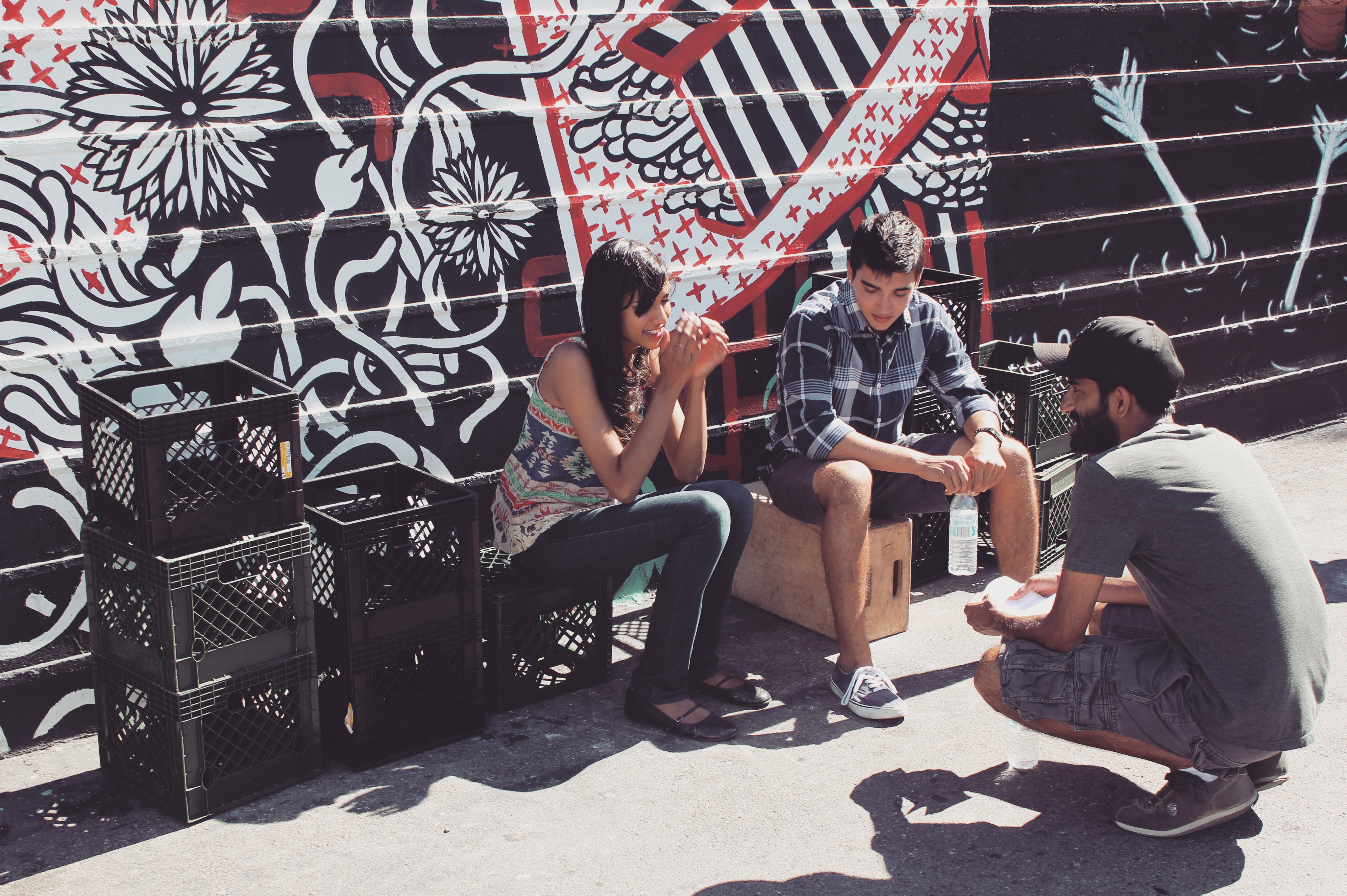 UrbanAsian: Family Party brings a message to many youths of the South Asian Community, what was the message in this film?

I feel it’s important to show how parents and kids in our Indian-American community can have, and need to have, open communication. Not to hide who you are or who you want to be, but to embrace yourself and where you came from.

There is a lot of pressure in our communities to be someone of something. And the traditional formula for success has been to get an education and explore a stable field in say medicine, law, or engineering. But today, there are so many avenues to make a dent. Indian-Americans are accelerating in every field and industry. I want to tell a story where this was evident and prominent.

And we’re getting a great response. I get emails from both parents and kids relating to this film and thanking me for bringing this subject into life. 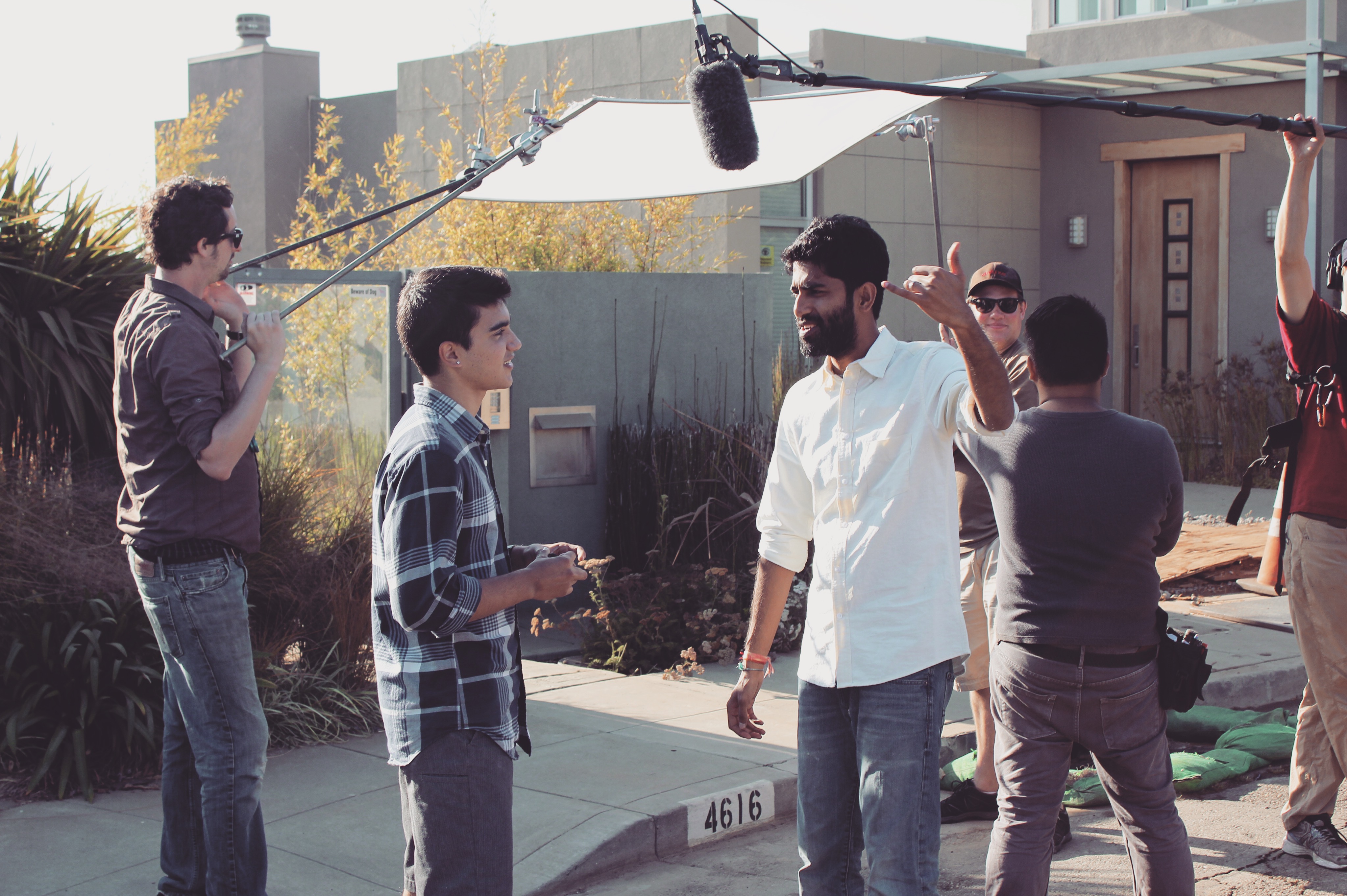 UrbanAsian: The cast of Family Party was amazing and the acting was so wonderfully done. How was the auditions for the casting of this film and it’s process?

In terms of casting and picking the right actors, I realized over the years that there is a lot of talent right here in the Bay Area and that I didn’t need to be in LA or New York. When you think of Silicon Valley, you think of tech. What you don’t realize is that there is actually thriving art communities here.

A majority of the teens were auditioned and cast from the Harker School in San Jose which has a phenomenal acting conservatory for high school students. I had been connected over the years to their performing arts department and went often to go see their plays. I was consistently blown away by the level of performances, which weren’t just your average high-school productions. These kids were actually transforming into character, understanding the subject material, and delivering powerful dialogue with impeccable timing. The kids were amazing and hilarious on set. They showed up to set with fire and energy in their eyes.

The adults were auditioned and cast from a local theater group called Naatak, which has been around for over 25 years, and has become one of Bay Area’s prestigious acting hubs.

I felt like I rarely directed on set because of the sheer talent of the ensemble cast.

UrbanAsian: As our South Asian community grows in North America and worldwide we want to encourage our young youth to respect parents and everyone should no matter what. Just like the kid in the film who disobeyed his mom about being stubborn and not wanting to go to the party and being rude to her – do you think that these norms need to be changed in our Indian Families today? Do you think that we need to help ensure that our new and upcoming generation of South Asians be involved in any function because family is important? What are your thoughts on that?

Pari Mathur:  I wanted to share an updated version of an Indian-American story and what it’s really like growing up as a kid today.

So to clarify, Bend it Like Beckham is a great film, but the main character in that movie wants to pursue playing soccer while her mom wants her to be a traditional Indian girl. In Family Party, there is no cultural tension. The mom accepts Nick for who he is and supports him in his pursuits and what he wants to do (whether that is play baseball, become a writer, etc).

And this is what’s happening now—it’s not just about traditional paths to success. Parents are becoming more understanding of the opportunities in this world. And in return, kids are respecting tradition and really understanding where they come from.

That being said, the Family Party story is simply about being a kid. The Indian element just becomes a backdrop and not the main focus. The unique selling point is that you can literally take the Indian family out and put in any other family, from any other ethnicity, and it’s the same story (ie, caucasian family and a priest).

People ask me “are you Nick?” (the main character), and my response is “we are all Nick”. There has definitely been a time in all of our lives where we didn’t want to hang out with our parents and wanted to hang out with our friends instead. It’s a universal story about what it feels like growing up.

Be sure to check out this amazing film on NetFlix! Personally I enjoyed the film a lot and it’s a great message to the youth today that no matter where you have to go or who you know – family is always important to keep close. Check out the full film on NetFlix!

Till then, keep loving your parents everyday!