Lara Dutta who was last seen in Fitoor will now be seen playing the role of a no-nonsense lawyer in Azhar. The actress described her character as a fearless lawyer who stands for the truth and is unafraid of her colleagues.

It’s a challenging role and I had fun playing it because it’s a totally fictional character but integral to the narrative.

Lara shot most of her scenes in Hyderabad with a few sequences in London. The actress will be seen as Azhar’s arch nemesis in the film that goes out of her way to prove that he was responsible for the match fixing scandal. Lara has worked extremely hard to fit the bill of a lawyer. To prep for the role, she met with a lawyer friend to understand her working style and observe her body language. Director Tony D’souza is deeply impressed with her performance. He said,

She went through all the legal documents pertaining to the case. We also had regular reading sessions. She really worked very hard for the role. 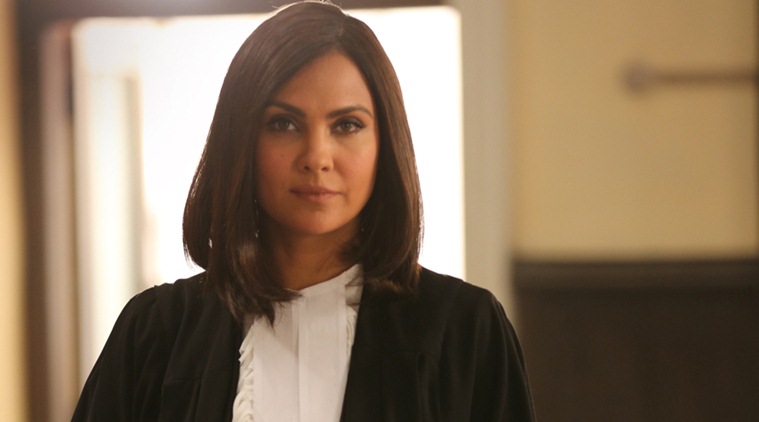 Lara in fact was so much into the character that sometimes even off camera she would speak the lawyers language.

Azhar is directed by Tony D’souza, Azhar is based on the life and times of one of India’s most loved cricket captains, Azharuddin and chronicles his rise and fall as country’s most controversial sportsman yet. The film stars Emraan Hashmi, Prachi Desai, Nargis Fakhri, and Lara Dutta, along with others. Produced by Ekta Kapoor, Shobha Kapoor, N. P. Singh, and Sneha Rajani, the film is slated to release on May 13, 2016. It is Balaji Motion Pictures and Sony Pictures Networks’ production.