Following the stupendous response, critical acclaim, and patriotic fervor that megastar Akshay Kumar has stirred in his last film Airlift, he is again set for defending his honor in his forthcoming film Rustom, where he portrays the role of a Parsi, Rustom Pavri.

The actor today tweeted his first look from the film where he is pictured looking focused as a Naval Officer sporting a distinguished mustache. #RustomFirstLook has been among the top trends on Twitter since it was released. 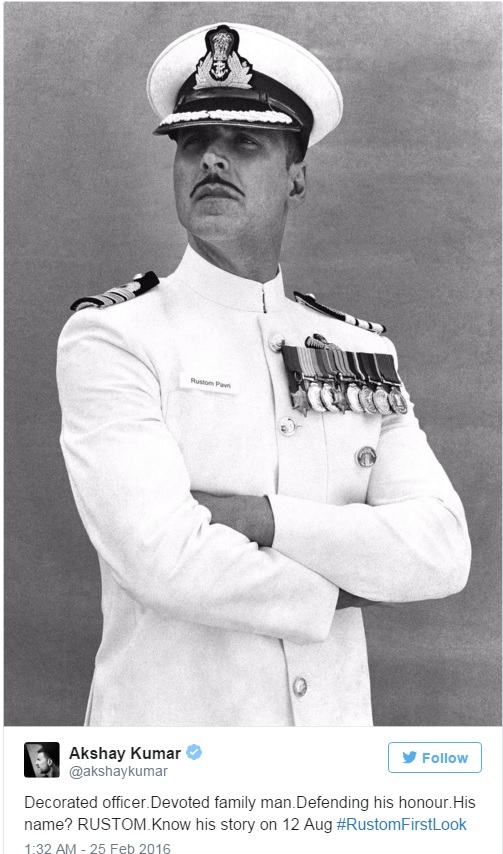 It is reported that to ensure Akshay Kumar shines in his new role, costume designer Ameira Punvani spent three months working on his distinct look. Inspired by real-life incidents set in the late ’50s, Rustom is a romantic-thriller written by Neeraj Pandey and Vipul Rawal, and directed by Tinu Suresh Desai.

Rustom will mark a hattrick for Neeraj Pandey and Akshay Kumar after delivering two blockbuster hits – Special 26 and Baby. The film also stars Esha Gupta and Ileana D’Cruz and will be shot in Europe. Rustom releases in cinemas on August 12, 2016.