Bollywood’s hero, Salman Khan was convicted of culpable homicide and sentenced to five years in jail back in May for driving over and killing a man sleeping on the pavement. The case was appealed and now the appeals judge has ruled that there was not enough evidence.

It is reported that the judge insisted that Salman be present when the verdict was read out. Salman hurried to court in South Mumbai on Thursday. According to a leading daily, judge Anil Ramchandra Joshi said, The appeal is allowed and the decision of the trial court is quashed and set aside. Salman Khan is acquitted of all charges”. The judge added that the prosecution, “failed to establish [the charges] beyond reasonable doubt”. 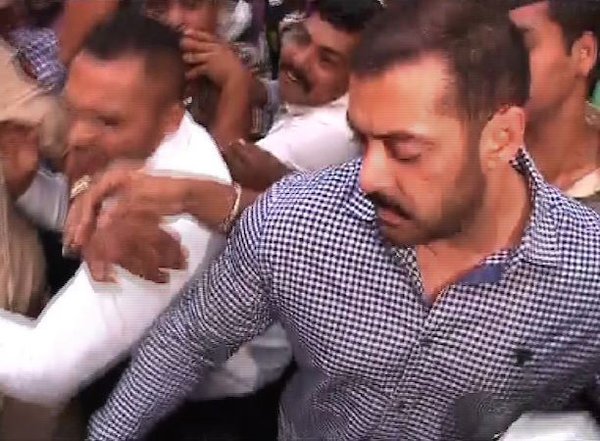 Reports suggest that Salman, who was surrounded by his family, broke down after the verdict was read out. Salman took to Twitter to express that he accepted the verdict with “humility”.

I accept the decision of the judiciary with humility. I thank my family, friends & fans for their support & prayers .

The case against Salman began 13 years ago when his Toyota Land Cruiser went off the road and killed one man and seriously injuring four others. Salman argued that his driver has been driving the vehicle during lower court, however, the judge claimed it was the actor who had been driving under the influence of alcohol. With high court claiming that the evidence against Salman, including a testimony from a policeman who has since died is not reliable, the charges were overthrown. Reports suggest that the prosecution is likely to challenge the verdict.

What is your take on this case?