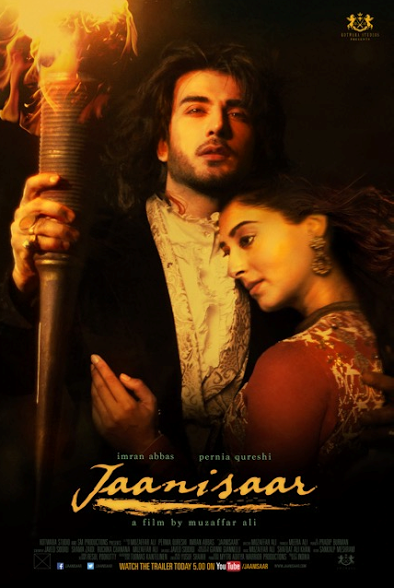 Jaanisaar has beautiful sets, costumes, drama and music and all richness too. Umrao Jaan’s director, Muzaffir Ali the known artist and poet has it all with the upcoming film! The trailer of Ali’s magnum opus was launched in front of a packed house by producer Meera Ali, director Muzaffar Ali.

Check out the trailer exclusively on Urban Asian!

We are happy to bring Jaanisaar to cinemas on August 21, 2015. The film showcases interesting aspects of pre-independence era of 1857 which we feel our own people need to get acquainted with. With his extensive research and imagination, Muzaffar Ali has beautifully woven real incidents with a fantastic love story.

People have been asking me why I have not been making films. But the fact is that I only wanted to direct a movie that would touch my soul as a filmmaker and also showcase my creativity. Jaanisaar is that film.

The film is set to release this coming August 2015!