Legendary actor-director, Kamal Haasan is set to make a Bollywood film ‘Amar Hai’, anaction thriller produced by Virendra K. Arora and Arjun N.Kapoor. Slated to be a dual hero starrer, the film will see Saif Ali Khan sharing screen space with Kamal Haasan in this poignant story that touches upon the modern-day politics, finance and the underworld. 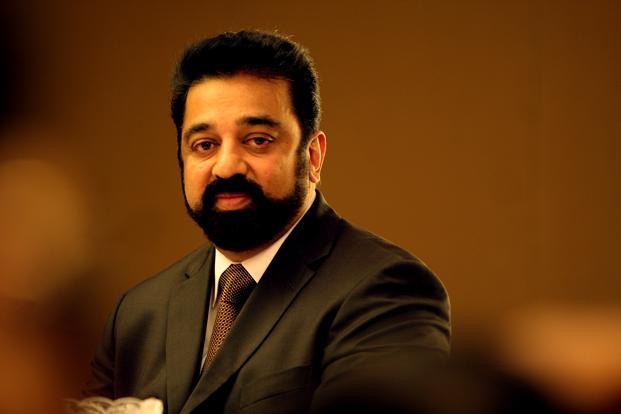 “Amar Hai is special to us in many ways”

said the producers. One, it is that iconic project which is sure to mark the much-awaited Kamal Haasan working for Hindi cinema. Two, the film will see Kamal Hasaan wearing multiple hats, that of an actor and a director on a story penned by him. And three, from the outset of scripting this film since the past 6 years, Kamal Haasan has had Saif Ali Khan in mind for the lead role and the actor has been clued in about his involvement on the mega project.

The story travels from Mumbai to North India and traverses some picturesque international cities as the plot progresses. . The producers along with the film’s mastermind Kamal Haasan are exploring shooting locations in Mumbai, Delhi, London, Dubai, Jordan and parts of the US.

Kamal Haasan fans will see the legend play a multi-layered characterin the film.

Taking the film world by storm with back to back film ventures, the producers Virendra K. Arora and Arjun N. Kapoor are steadily inching towards Bollywood’s big league. “As producers, our company is producing 4-5 films for the year 2015-2016, however, for us Kamal Haasan’s film is extremely special and close to our hearts. To work with a legend, a creator and a meticulously disciplined filmmaker, we have traveled a beautiful journey together. His mastery and skill as a filmmaker adds to his uniqueness.Recently, we have approached and are in talks with Saif Ali Khan to be the leading man of the film as it could be a sparkling combination of contemporary classic and a modern age to be visualized on the silver screen.Saif Ali Khan, known for his dapper looks and charming persona, is certain to mesmerize the audience and fit into the character like a​ ​diamond in a crown”.

On a cinematic spree of its kind, the producers seem to be on a mission to entertain and enthrall their audiences. With a family entertainer, a comedy film, an epic thriller and lots more on the anvil, Virendra K. Arora and Arjun N. Kapoor are in their best lights – camera – action mode!