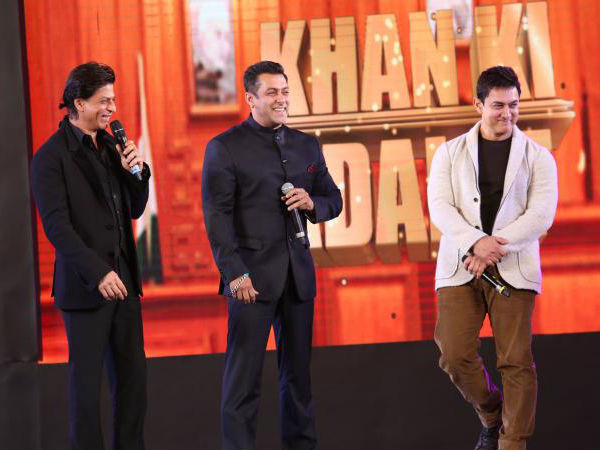 According to a report, an insider has said,

“Sajid has decided to produce a film which will star the three Khan superstars. He may even direct the film himself, though that would depend entirely on the nature of the subject. The film will go on the floors in January 2017 and release in December 2017.”

Reportedly, Sajid has a story in mind that is the likes of Amitabh Bachchan’s Amar Akbar Anthony. What are your thoughts on this?