It’s no surprise that Kangana is being loved by the media and fans and co-actors across the globe lately. Well who can blame her! She is on a roll to bagging many great projects and even turning into a camera girl? Director Nikhil Advani is currently busy shooting his upcoming comedy film ‘Katti Batti’ starring Kangana Ranaut and Imran Khan. The director is known to be a perfectionist at his work and this was evident from a recent incident reveled by the director himself. For one of the scenes, Kangana was required to shoot Imran. In order to keep it authentic, the director made sure the actress actually shot the scene herself.

Yes, you read that right! She shot the scene herself! Hey, why not learn a few tricks with the camera while you’re becoming an actress! 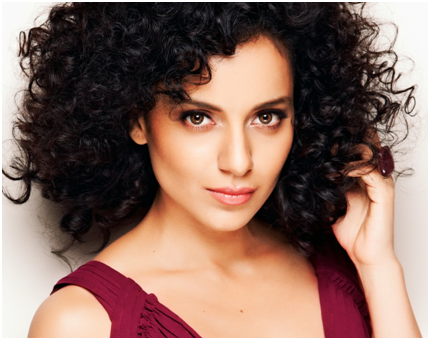 “One of my favourite scenes in the film is one in which Kangana’s character is shooting Imran (Khan) playfully with an iPad. I wanted the scene to be authentic and organic so Tushar (Kanti Ray) suggested that we should allow the actress to shoot it herself”.

Well we wonder how her skills went behind the camera! Guess we will have to wait and check out for this shot! Till then, rock on Kangana! We are loving every bit of it!