The upcoming Marathi film, Dhurandhar Bhatawdekar is creating quite the buzz especially with its exceptional star-cast! The story of the film covers a very simple concept based on the differences between personalities of people. 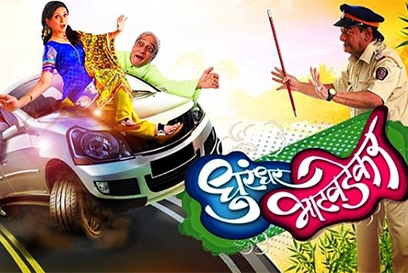 Fans of Marathi cinema have gone all out sharing their excitement on social media. The official page of this film has received various comments from die-hard fans who have expressed their eagerness.

A fan of Rishikesh Kamerkar couldn’t contain his happiness on hearing the music of the film and commented saying,

The well known, TV actress Tanvi, has eager fans waiting to watch her in the film! A non-speaking Marathi fan said,

Haven’t seen the trailer of Dhurandhar Bhatawdekar yet? Check it out here!

Don’t miss the most talked Marathi film releasing on May 29, 2015 in cinemas near you!