The first look poster of the much awaited remake of Subhash Ghai’s 1983 classic, Hero is finally out now! The film which will mark the debut of Sooraj Pancholi, the son of Aditya Pancholi and Athiya Shetty the daughter of Suniel Shetty. 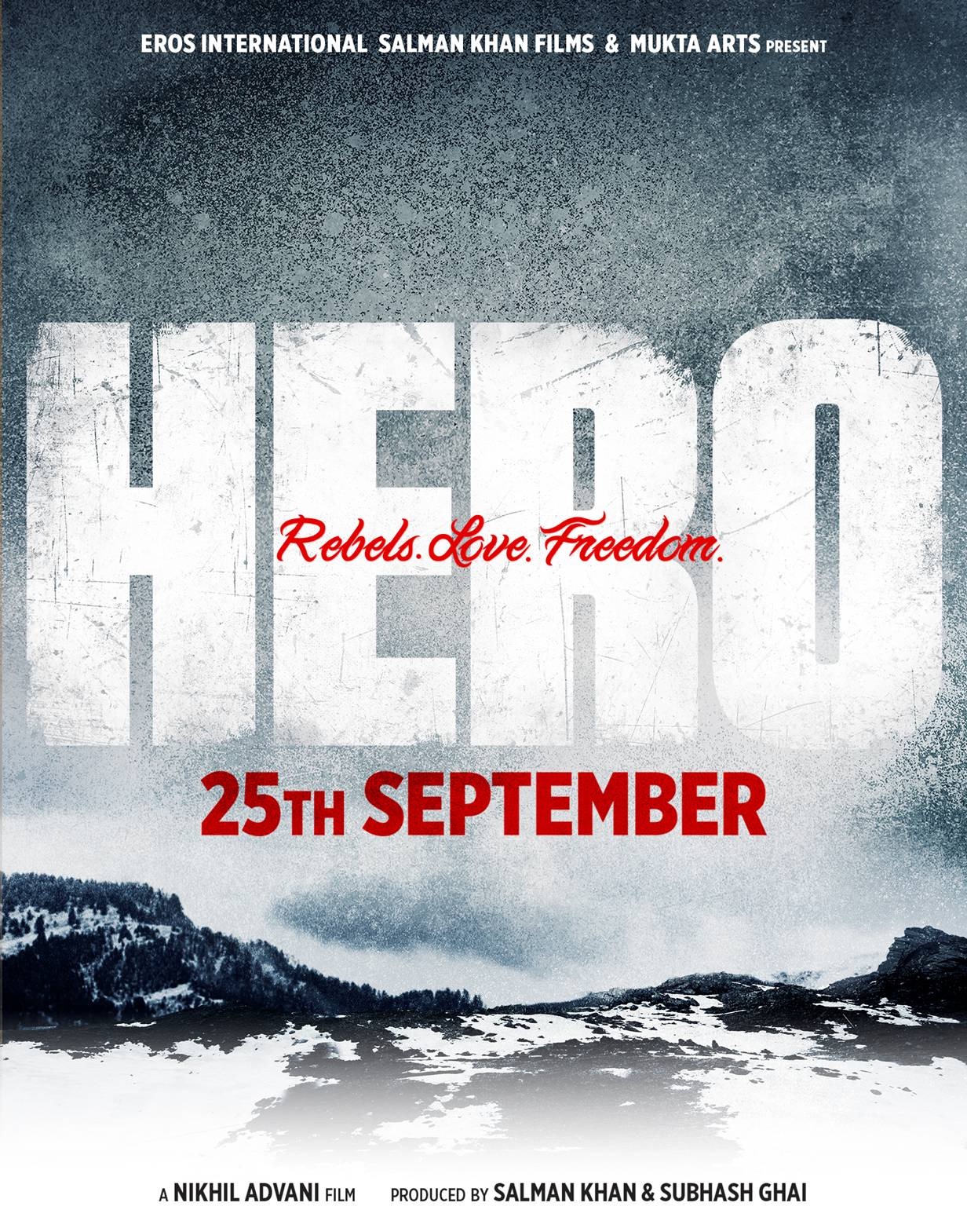 Hero tells the tale of 21-year old damsel in distress, Radha and Sooraj, the typical hood rat raised on the streets of Mumbai. Will their love find victory in this war of social class?

Directed by Nikhil Advani, the film is set to release under the Salman Khan Productions banner on September 25, 2015.