Amy Poehler and Mindy Kaling are two of the biggest female stand up comedians in Hollywood and at the premiere of their much awaited animation film Inside Out at the prestigious Cannes festival, (an achievement in the present of serious dramas and indie presentations), the duo revealed how they cried buckets while making the unusual film! 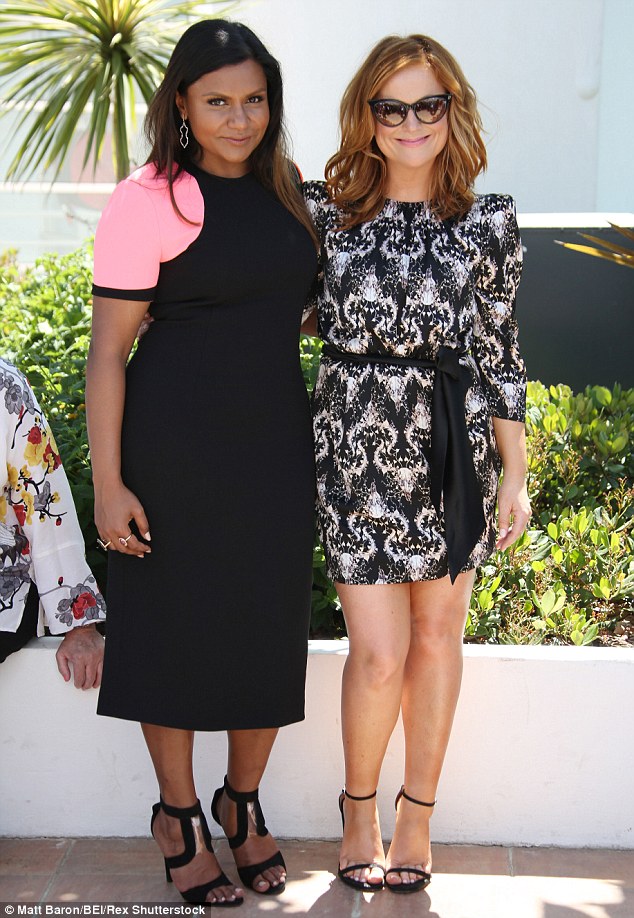 The two stars were tapped to voice emotions inside a young girl’s head in Pixar’s latest clever project, Inside Out, which premiered for press on Monday at Cannes. Poehler plays Joy, the front-and-center sentiment desperately trying to steer our growing protagonist away from more psychologically troublesome emotions like Disgust (Mindy Kaling) and others. While Poehler and Kaling helped give voice to that character’s feelings, they found themselves crying on two different occasions during the collaboration. Mindy said,

“I think I am sort of very specific—the way I look and talk and what I am interested in. So I sort of resigned myself to writing my own work . . . But I saw the script was amazing and I went up to Pixar and I cried…It was the first time I was meeting the team and they were showing me the story and I started weeping. I think what moved me about it is that it gives voice to a demographic that is not often given voice to. I remember being an 11-year-old girl and I did not have a vocabulary to express how I was feeling, and for two men to think it was important to give a voice to that, to have girls go and watch that, it was very moving to me.”

Amy too shed buckets while doing the voice over!

“I remember them saying, ‘I think you’re just going to cry all day today,’” Poehler said. “And I was like, yes!”

Well, looks this is going to one emotional family film!