Archstone Distribution and Fat Free Films’s award winning horror film, Echoes is all set to release in India! The film will release on May 29th. 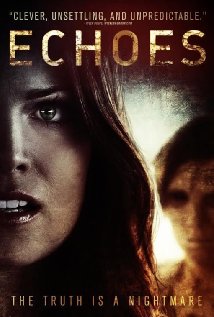 With a new ensemble cast of Steven Brand, Kevin Brewerton, Ivory Dortch, Kate French, Steve Hanks, J.J. Nolan, Caroline Whitney Smith and Billy Wirth , the film revolves around a young writer who gets horrific sleep-paralysis induced visions, she is a young writer who retreats with her boyfriend to an isolated desert house. As the visions intensify, she finds herself on the verge of losing her mind,.or uncovering a life-threatening secret. The film is Written and Directed by Nils Timm and Produced by Ditte Halleskov, Aaron Harvey, Music by Dre Nitze.

The film won the Best Director award at FILMQUEST (2014). They also won Best Nararative Feature SaMo Indie 2014 and Official Selection Long Beach and the E (International Film Festival 2014).  Be sure to check out this chilling film releasing near you!