The idea that celebrities are public property has become an unspoken taboo in the 21st century. While Hollywood has experienced it’s share of celebrity craze, India is infamous for the long lasting heroism effect. In a land famous for honor and reverence, Bollywood celebrities have experienced their share of “pedestal based publicity”.

Famous South Indian star Rajnikant has experienced fans performing the ritualistic doodh abhishekam before the release of his films while the king of the North, Amitabh Bachchan has been declared a god by his fans. Such is the fan frenzy that his fans in Kolkata have built a temple in which they have the shoes he wore in Agneepath on display. Fans gather to sing a customized aarti for the star on a daily basis. Shah Rukh Khan on the other hand has fans gathering in front of his home every day for a mere glimpse of the man dubbed the Badshaah of Bollywood. 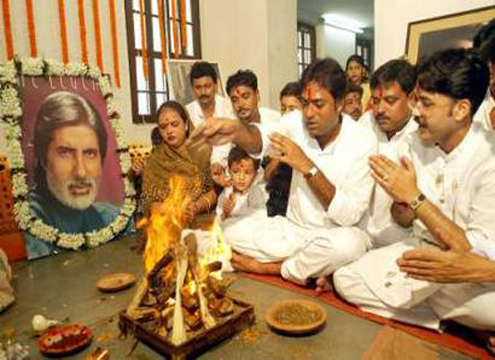 Trend setters Varun Dhawan, Arjun Kapoor, Ranveer Singh, Shahid Kapoor and Sidharth Malhotra started a trend of their own. Post Ram Leela, Haider, Badlapur and Gunday, No shave November was kicked up a notch to no shave ever! With all these Bollywood hotties hiding behind layers of facial hair, fans wanted to do the same. Even Disney India’s very first prince, Fawad Khan, sported the trend all around his kingdom.

And let’s not forget the daily divas who emulate all that is big screen glitz. If people thought the demand of Kate Middleton’s wedding gown was over the top, it’s nothing compared to the demand on India’s own celeb royalty attire. When Kareena Kapoor married into the Nawab clan of India, fans went gaga over her wedding dress. Her bridal attire became the dream dress of half the Indian population. Even grooms imagined their brides to look like Kareena! 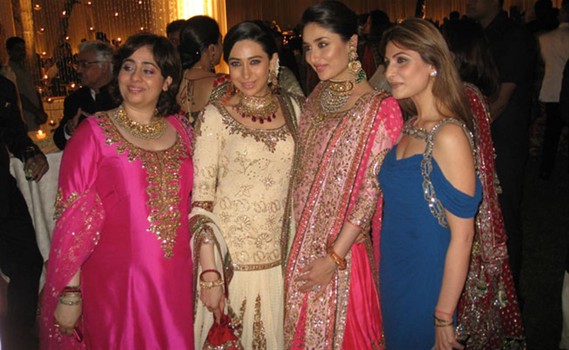 While the heroism effect has witnessed its share of positives, fans have made it difficult celebrities to lead a functional life. We want to look like them, act like them, be them and most importantly control their every breathing moment. Compared to Hollywood and much of the western world, India has a fan culture which may be injurious to the health of both a fan and a celebrity.

While in New York, Jake Gyllenhaal rides the subway with not a single care in the world, Bollywood celebrities are covered in bodyguards for the sake of personal space.

Even fans have gone to the extent of doing bizarre things such as write letters in blood to their favorite celebrity, stalk them to the world’s end. In the case of Abhishek Bachchan, a model and crazed fan, Jhanvi Kapoor slit her wrist outside the bungalow on the eve of his wedding. She went as far as claiming that she was his wife. 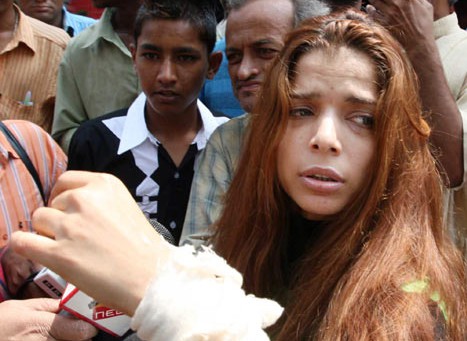 Prior to this, Abhishek Bachchan’s good friend Dia Mirza was being stalked by a fan who would disguise himself as florist in order to propose to her. Shahid Kapoor saw his share of crazy when a fan moved into his building and harassed him over and over until a complain was filed.

At often times, the situation becomes so overbearing that celebrities are forced to lash out at fans. In the past Salman Khan, Akshay Kumar, Shah Rukh Khan, Jaya Bachchan among others have lashed out at both fans and paparazzi alike when caught in a tough situation. With the increasing hostility between fans and celebrities question remains as to where we draw the line?