Bollywood’s sweetest young star, Sonakshi Sinha was overwhelmed by her fan’s gestures recently. She was surprised by Juveira and Zainab, her fans that sent her customized cupcakes which had different avatars of her from Dabangg to Lootera. She even posted a picture on Instagram saying, “they’re so nice how to eat them? “ 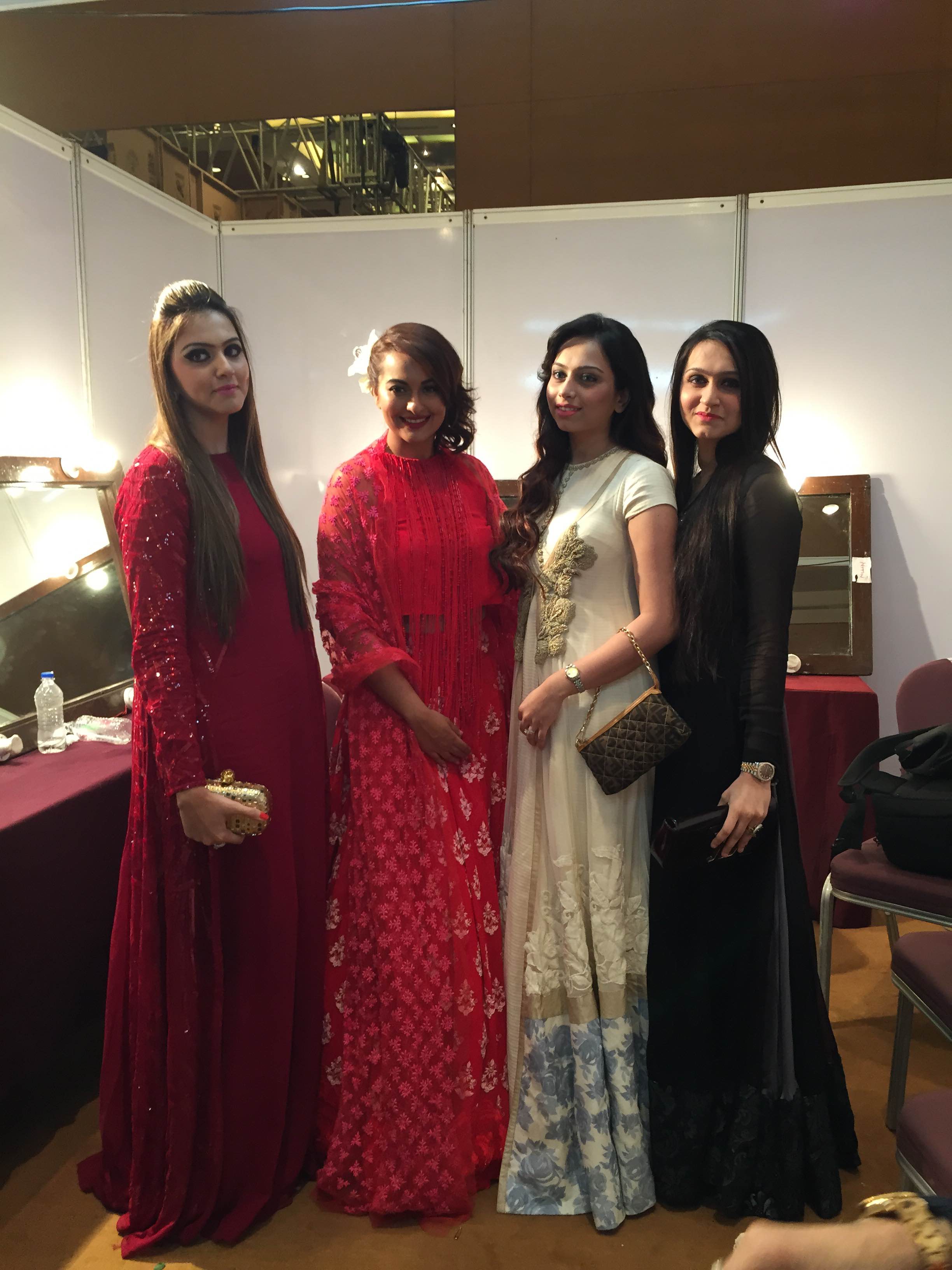 Sonakshi was very touched when she saw the cupcakes and wanted to thank the two sisters for their sweet gesture, Sonakshi tried calling them but couldn’t get through, finally when they found out Sonakshi is trying to reach them they were over the moon!

Juveira and Zainab are bakers and own Pastelitos based in Mumbai, they are big fans of Sonakshi.  Recently had sent her a box of cupcakes with her pictures on it, they had even included Akira’s first day picture which Sonakshi had posted on Instagram, While chatting with them Sonakshi ​invited the two sisters to the Mijwan Show, coincidentally it happened to be one of the sisters Juveira’s birthday one day after the show. 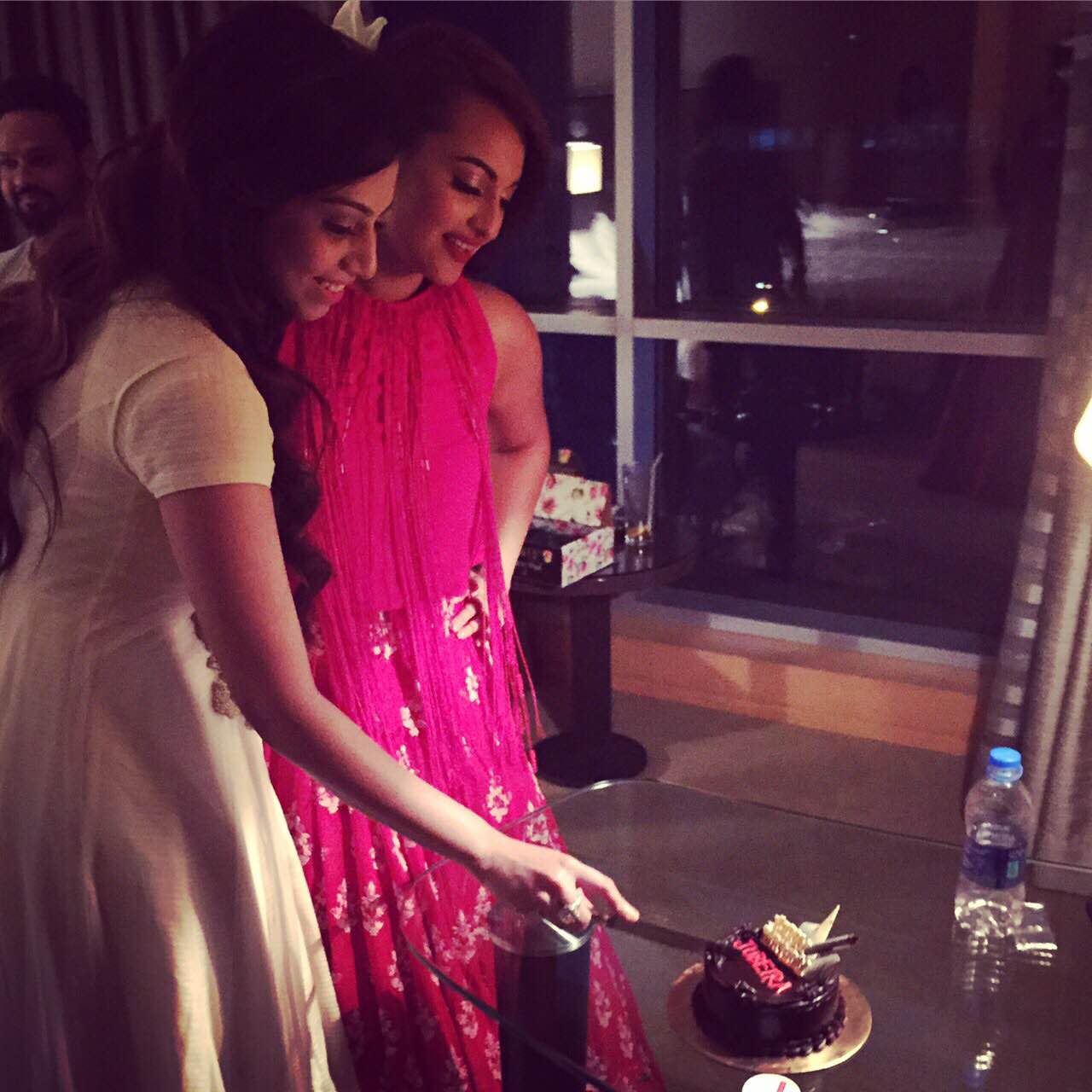 Once Sonakshi found out she decided to call for cake and celebrate her birthday. Sonakshi met them backstage and took them upstairs to the room to bring in her birthday. Well, seems like Sonakshi Made their Birthday! How sweet!