Who wouldn’t want to dance with King Khan on stage? We all would and also do the famous Bollywood pose he is so good at! Superstar actor Shah Rukh who is currently filming for ‘Fan’ was seen doing a few poses and dancing on stage earlier this month! Earlier this month Zee Entertainment launched their new channel & TV (AndTV) in India with the King of Bollywood Shah Rukh Khan’s show Sabse Shaana Kaun. The glamorous launch was choreographed by Guru of Dance, Shiamak Davar with his dance company dancing with SRK to his hit songs fused with the show theme song.

It is a well-known fact that Shiamak’s dance academy is spread across the world, so as TV held a press launch in the UK, his dance team in London was the exclusive entertainment act of the evening performing a contemporary piece and a Bollywood medley to the star’s most popular songs. Shah Rukh Khan came on stage and performed to the theme song with SHIAMAK Dance Team – London and it was an action replay of the shoot in Mumbai, but this time in another part of the world!

“Being with Shiamak, we have had many opportunities to perform for the biggest stars in Bollywood at shows and films. This was a great chance for our dance team in London to experience the same feeling and they were really excited. It makes all of us proud to see how much respect the stars have for Shiamak and we are always grateful for the opportunities we get. This is a memory we will cherish always.” said Shruti Shah. 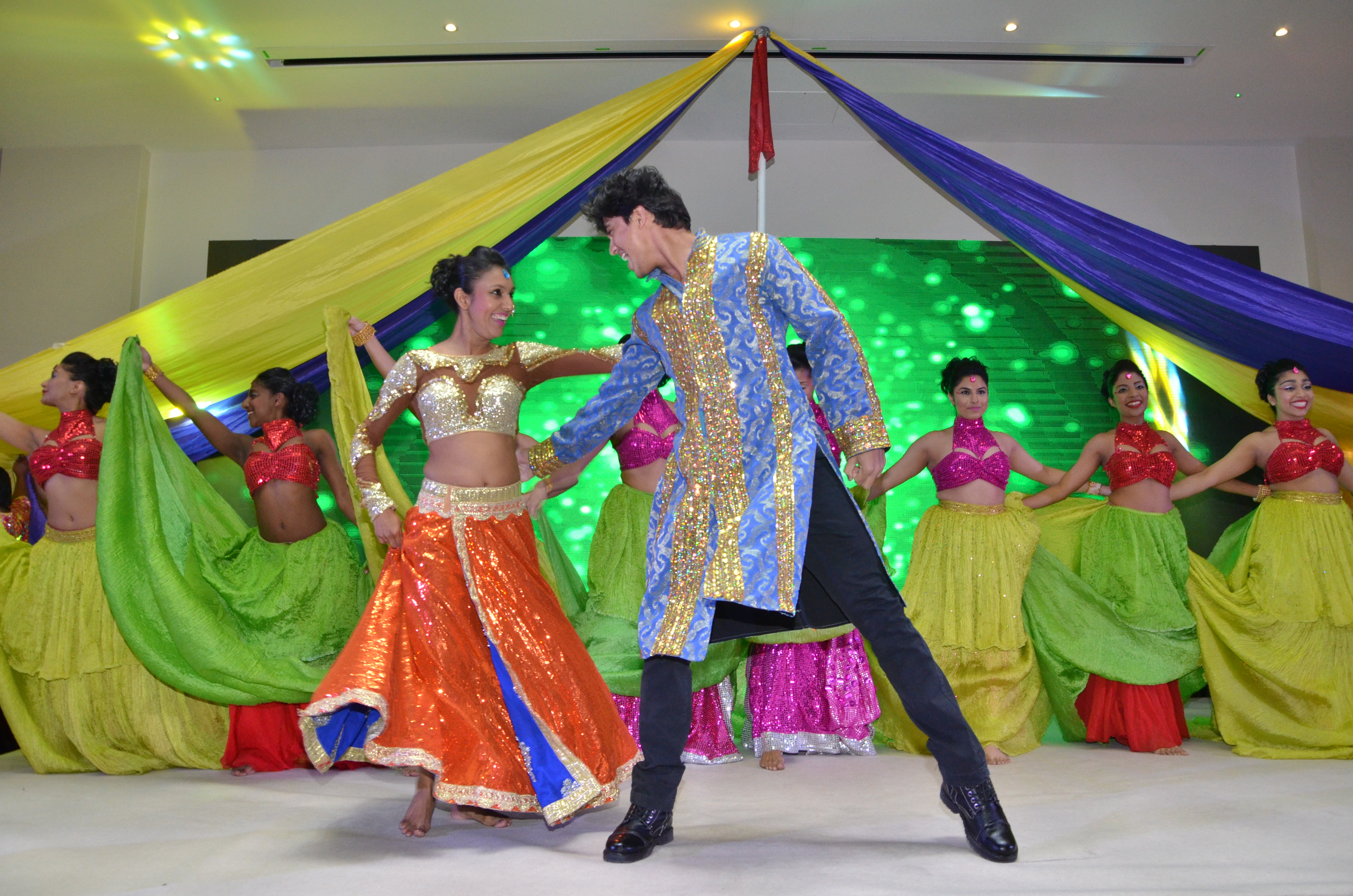 The duo has worked together in various films and awards including Shiamak’s very first film in Bollywood, Dil Toh Pagal Hai. Shah Rukh thanks Shiamak at the event for supporting him wherever he goes.