It has been a busy year for Master-D since his major buzz with “Aye Raat” and “Desi Chick” charting on radio worldwide, becoming the track of the week on BBC Asian Network and sharing the stage with legendary artist – Runa Laila. Now, Master-D is about to revolutionize the Bangla music industry by introducing his signature Urban sound and officially signing with major label – Universal Music India.

“It’s a great feeling to be part of an acclaimed label like Universal as they understand the vision I have to change Bangla music worldwide!” states Master-D.

Master-D known for shaping the international sound in the Urban Desi market with The Bilz and Kashif, earning over 21 million views, 3 international awards and touring the world with success has now officially marked a new era for the Bangla music industry. The signing comes after his independent success that has proven to shake the scene with over 20,000+ downloads, 100,000 views and organically growing his fan base worldwide in the Bangla community in a short period of time. 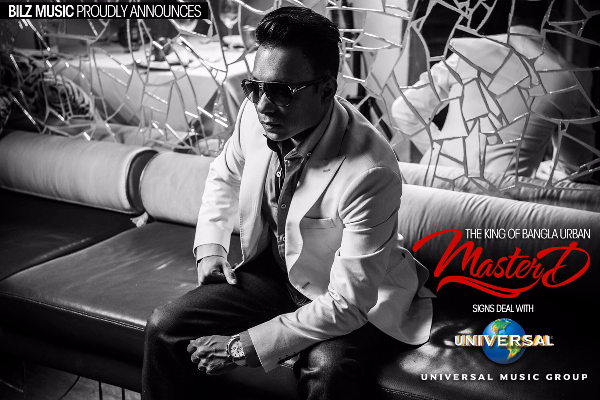 This marks Master-D as the very first North American Bangla Urban artist to sign to a major label. Stay tuned for more announcements and his debut single release in May 2015.