Being an avid follower of Lilly Singh also known as, iiSuperwomanii, I have been awaiting the outcome of the collaboration both her and Humble The Poet have put together in a short period of time for their new released song, IVIVI.

Humble dropped the track on his YouTube Channel a day ago, and Lilly has been vlogging the intense work that has gone behind in creating this amazing song and music video! She explained in one of her vlogs that IVIVI in roman numerals stands for 416 which is the area code of their hometown, Toronto! This also explains why they released the song on 4/16 too.

You can purchase the track on iTunes and Google Play! I just purchased mine today!

If I am not mistaken, the team spent about seven days at the most to put together the song and music video together. That’s quite impressive, don’t you think? This is the second time Lilly and Humble have collaborated after LEH.

Lilly tweeted a picture of her and Humble when they released the song, this is what they felt like:

“Been awake for about 38 hours but so worth it! Peep our new music video #IVIVI on my channel. @humblethepoet“ 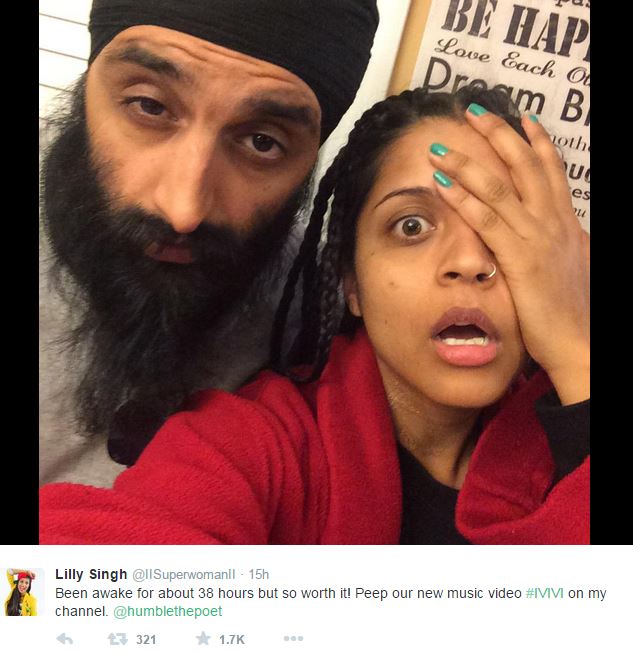