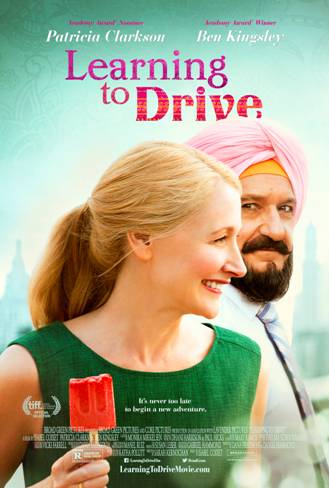 The film is about a woman named Wendy, a fiery Manhattan author whose husband has just left her for a younger woman; Darwan is a soft-spoken taxi driver from India on the verge of an arranged marriage. As Wendy sets out to reclaim her independence, she runs into a barrier common to many lifelong New Yorkers: she has never learned how to drive. When Wendy hires Darwan to teach her, her unraveling life and his calm restraint personality seem like an awkward fit. But as he shows her how to take control of the wheel, and she coaches him on how to impress a woman, their unlikely friendship awakens them to the joy, humor, and love in starting life anew.

Learning to Drive is written by Sarah Kernochan and Directed by Isabel Coixet, don’t miss the middle-age comedy film in cinemas on August 21 from Broad Green Pictures!

Check out the trailer here: