A brand new poster for Kunal Kohli’s debut film ‘Phir Se’ has been released. The director-turned-actor will be seen alongside debutant Jennifer Winget and their chemistry is palpable. The poster features the two in an embrace, portraying a couple that is much in love. 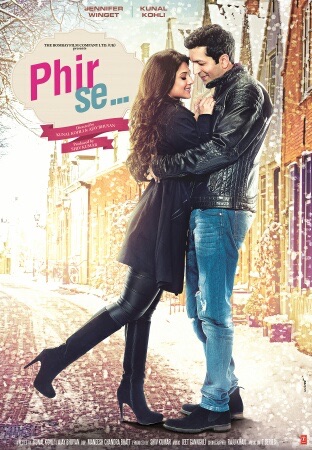 The actors are standing against the beautiful white backdrop of London in black jackets while they smile at each other in a playful manner. The chemistry between the two has been much-talked about and the director has gone on to appreciate his co-star during the film’s shoot too.

‘Phir Se’ is directed by Kunal Kohli and Ajay Bhuyan, produced by Shiv Kumar and presented by Bombay Film Company Ltd. It stars Kunal Kohli, Jennifer Winget, Dalip Tahil, Rajit Kapoor, Kanwaljeet Singh among others. The film is scheduled to hit the theatres in May.