The newest poster of ‘Gabbar Is Back’ features Bollywood’s khiladi Akshay Kumar echoing yet another iconic dialogue ‘Kitne Aadmi Thay?’ and a crowd of people standing in support behind him. Wonder what twist this film has for all its followers! 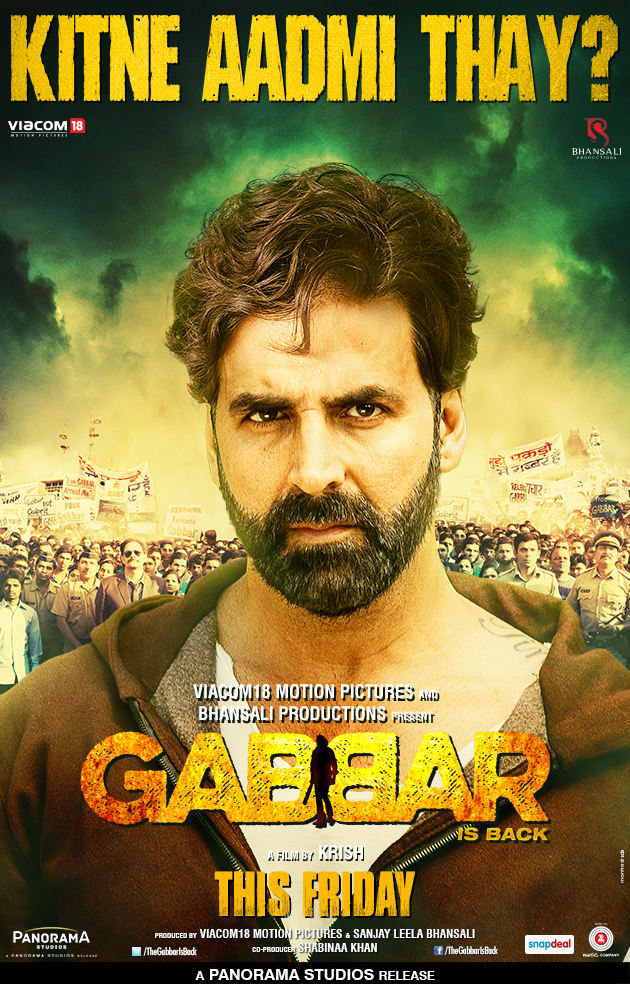 Fans have time and again been treated to various dialogue promos and sneak-peaks of the film leaving them highly excited and curious. With less than a week to go for its release, the audience can’t wait to see what ‘Gabbar Is Back’ has in store for them.

‘Gabbar Is Back’ is directed by famous director from the South, Krish and produced by Sanjay Leela Bhansali and Viacom 18 Motion Pictures. Featuring Akshay Kumar and Shruti Haasan, the film is slated to release on May 1, 2015.