It’s done, it’s final, it’s set in stone. Nisha (Aneri Vajani) of Nisha Aur Uske Cousins has finally made up her mind. She has forgotten Viraj (Taher Shabbir Mithaiwala) and moved on to Kabir (Mishkat Varma) for good. 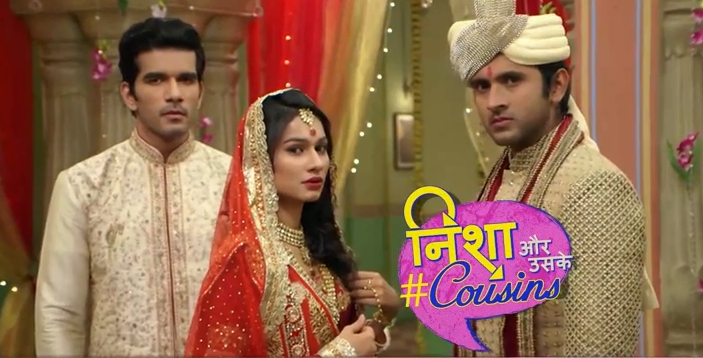 In a rush to stop Kabir from marrying Nisha, Viraj enters the Gangwal house which shocks the entire family. Viraj is on the verge of thinking that his plan is a success when Nisha leaves the mandap and walks towards him. He once again acknowledges his mistake but to his surprise, Nisha brings in the rude awakening. She breaks loose of his grip and returns back to the mandap to marry Kabir.

Little does she know that she is in for the shock of her lifetime as it will be none other than Viraj who she has formed a new relationship with! She has yet to discover that Viraj and Kabir are brothers, making Viraj her new brother-in-law. How will Nisha handle this change from sayiaan to bhaiyaan?