Popular Bollywood actress and television star, Mandira Bedi added her distinct sartorial touches to India’s traditional 6-yard wonder at Lakmé Fashion Week Summer/Resort 2015. Women who long for those statement-making saris need not look further, since Mandira’s impeccable tastes will turn them into style icons when they make a glamorous entry in her creations. Merging tradition with some innovative embellishments and classic additions, Mandira turned each sari into a conversation piece.

Zeroing on the Banaras sari – the India’s finest, woven in Varanasi, Mandira fused the ancient weaves with modern designs and showcased a line of New Age Banaras beauties. Creating magic with the gold, silver, zari and brocade, which was intricately interwoven, Mandira added her opulent touches to the saris turning them into visions of beauty that will be desired by every Indian bride. 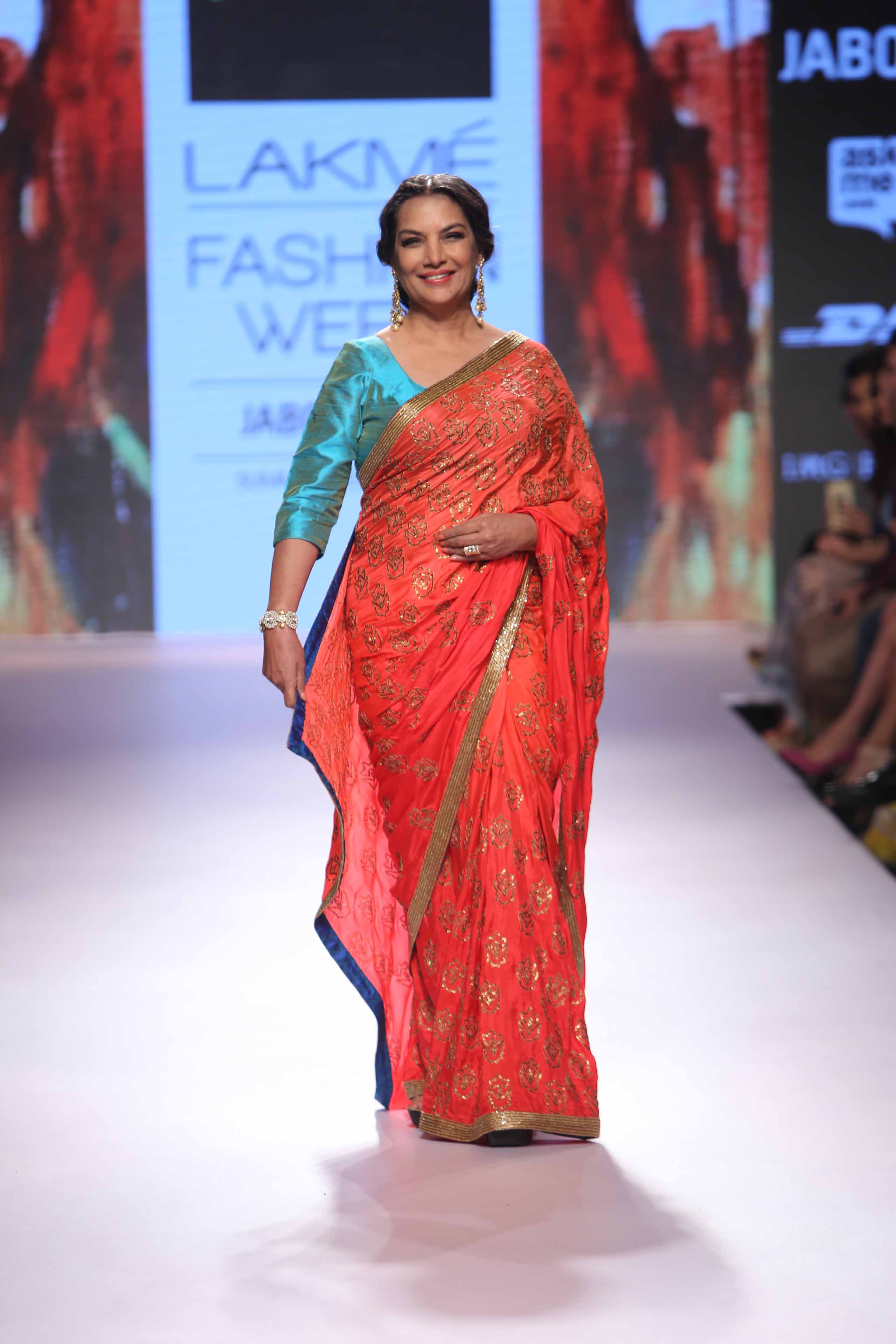 Opening the show with a white and pink border, silk sari with a giant flower appliqué on the pallav, Mandira offered more options with large florals on the pallav, as the mainstay of the section. What followed were saris with luxurious gold, yellow, pink, magenta, orange assorted silk and brocade borders that appeared horizontally on the sari. Two toned versions with solid and brocade mix were another alternative. Multi borders appeared on net, while the tulle segment looked glamorous with varying appliqué options. 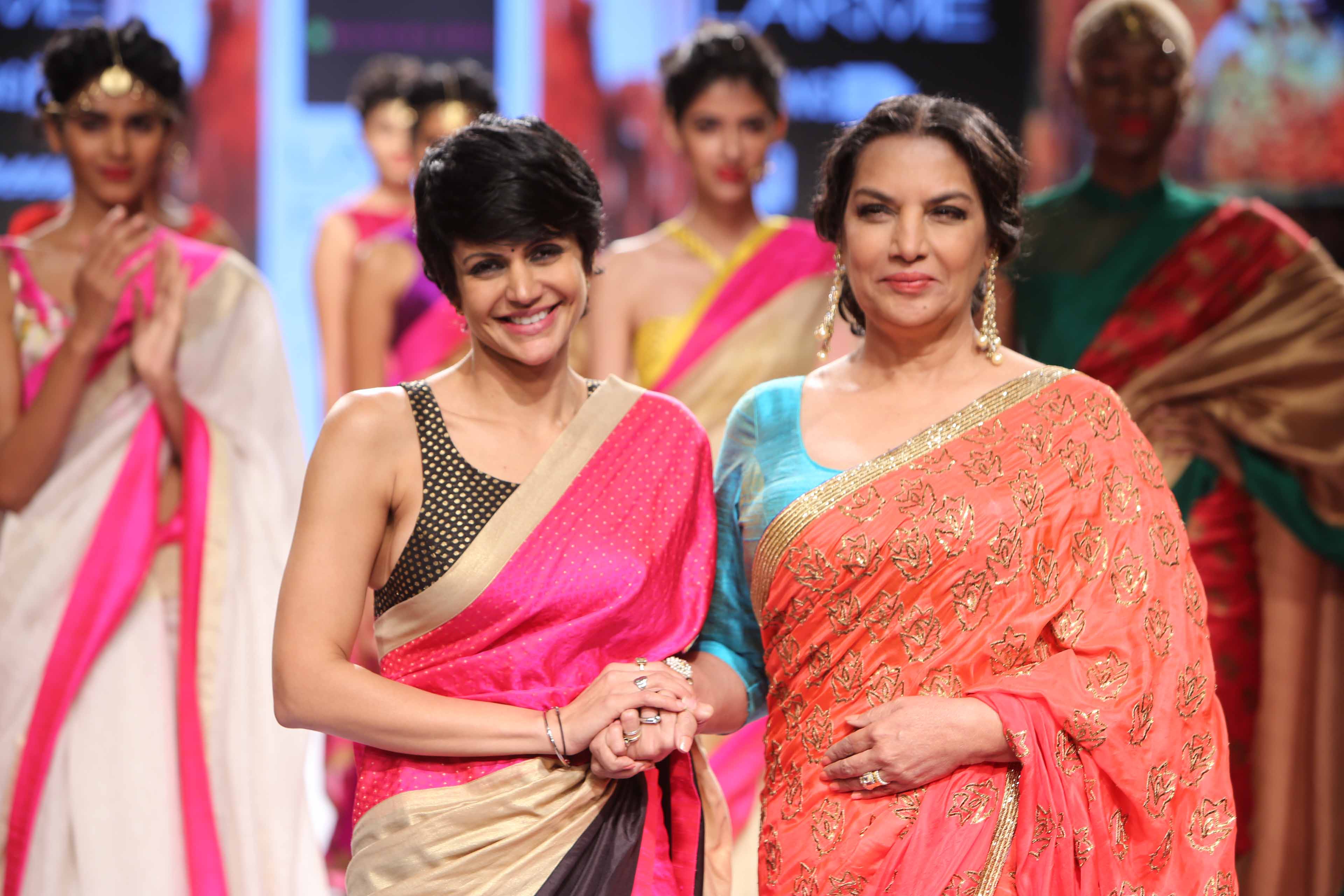 Stopping the show was the very elegant Shabana Azmi wearing a glittering red silk sari with a turquoise blouse. As she glided over the ramp it was husband Javed Akhtar’s voice that recited some couplets from a poem. When women want to bring Indian tradition into their wardrobes, Mandira Bedi’s light affordable chic Banaras saris with her distinct creative touches will be the cynosure of all eyes.