Rajasthan is known for its heritage sites and old world charm. The state and its various locations make an important character in Sunny Leone’s next Ek Paheli Leela. 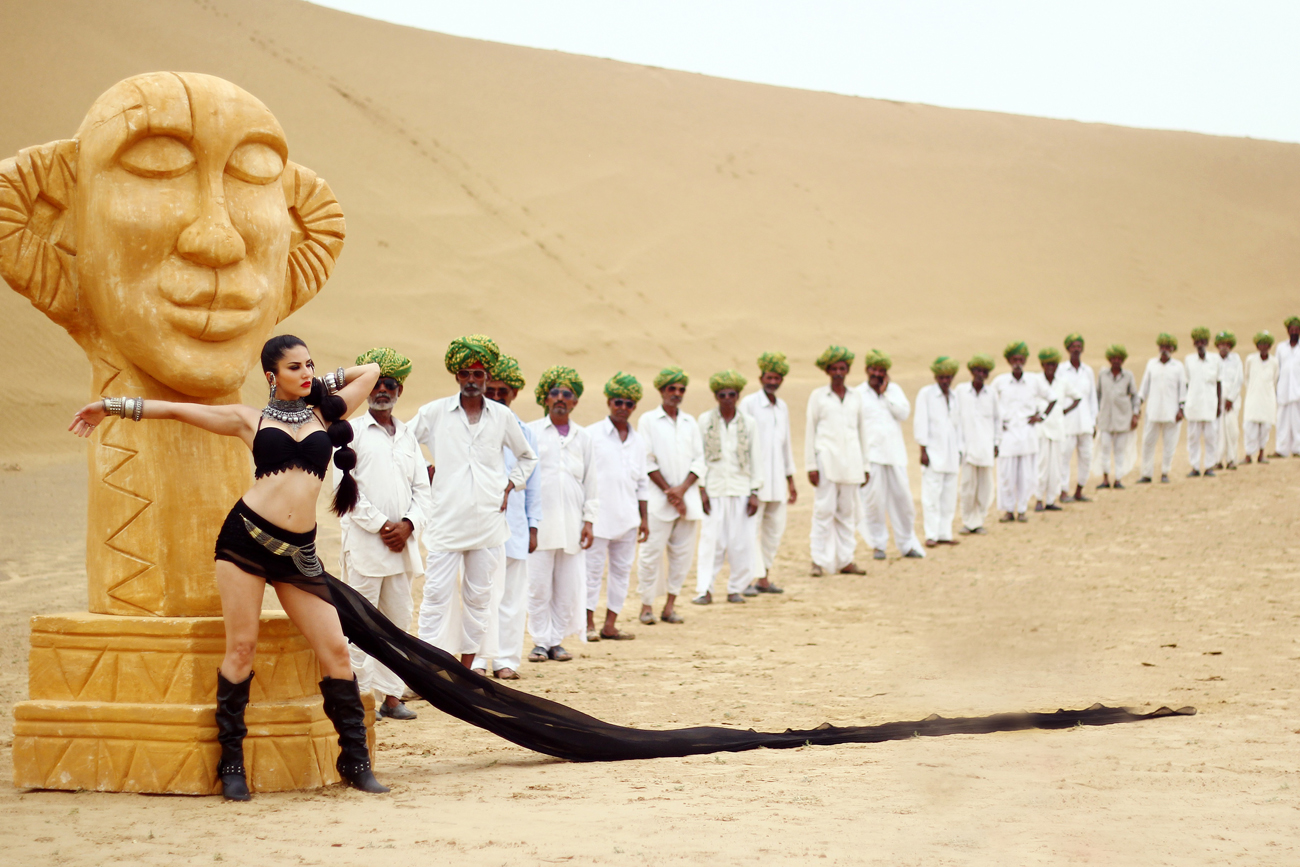 Sunny who is already drooling her fans with her desi look in the film has an added charm to the scene – the picturesque locations of Rajasthan. To bring more authenticity to the character and the story, director Bobby Khan chose to shoot at real locations and heritage sites like the famous Khimsar Fort, the sand dunes and many other. The team shot at night with the heritage fort’s beautifully lit decor and ambiance adding a majestic glow to the scenes. This made the on lookers think it was a grand wedding function in real. The luxurious Laxmi Nivas Palace, the former residential palace of the king of the former Bikaner state, Mahārāja Ganga Singh, in Bikaner was also utilized for some of the scenes.

But to accommodate some major sequences of the film, the team had a recreate an old style village on a desert land in just 15 days which also included the real Rajathani villagers to be part of the shoot. The entire location was so big that SUVs were arranged to take the artists and crew from point A to point B. Bobby Khan says,

“The theme of my film starts from London and movies to Rajasthan therefore we went ahead and shot in some beautiful locations of Rajasthan. This is the first time that Sunny has shot in the scorching heat of 47 degrees in Rajasthan and she did a marvelous job and the shoot went of smoothly. Visually the audiences would get a treat by seeing some really nice locations of Rajasthan“

The film is beautifully shot and the sunrise color schemes give it a surreal and dream like quality. What’s interesting is that Leela has also been shot in the iconic Panchkuda Ki Chatriya– where the Satyam Shivam Sundaram look was shot. Well with such breathtaking locations on display in the film, we are sure the film will be one visually stunning masterpiece!

Produced by T-Series and Paperdoll Entertainment and directed by Bobby Khan, Ek-Paheli Leela is all set to release on 10th April 2015.