Premiere Production house head, Javed Shafi, hosted a perfect evening of dance and drama on 29th Jan 2015 at The RITZ-CARLTON, DIFC during the star cast visit of Shamitabh in Dubai. 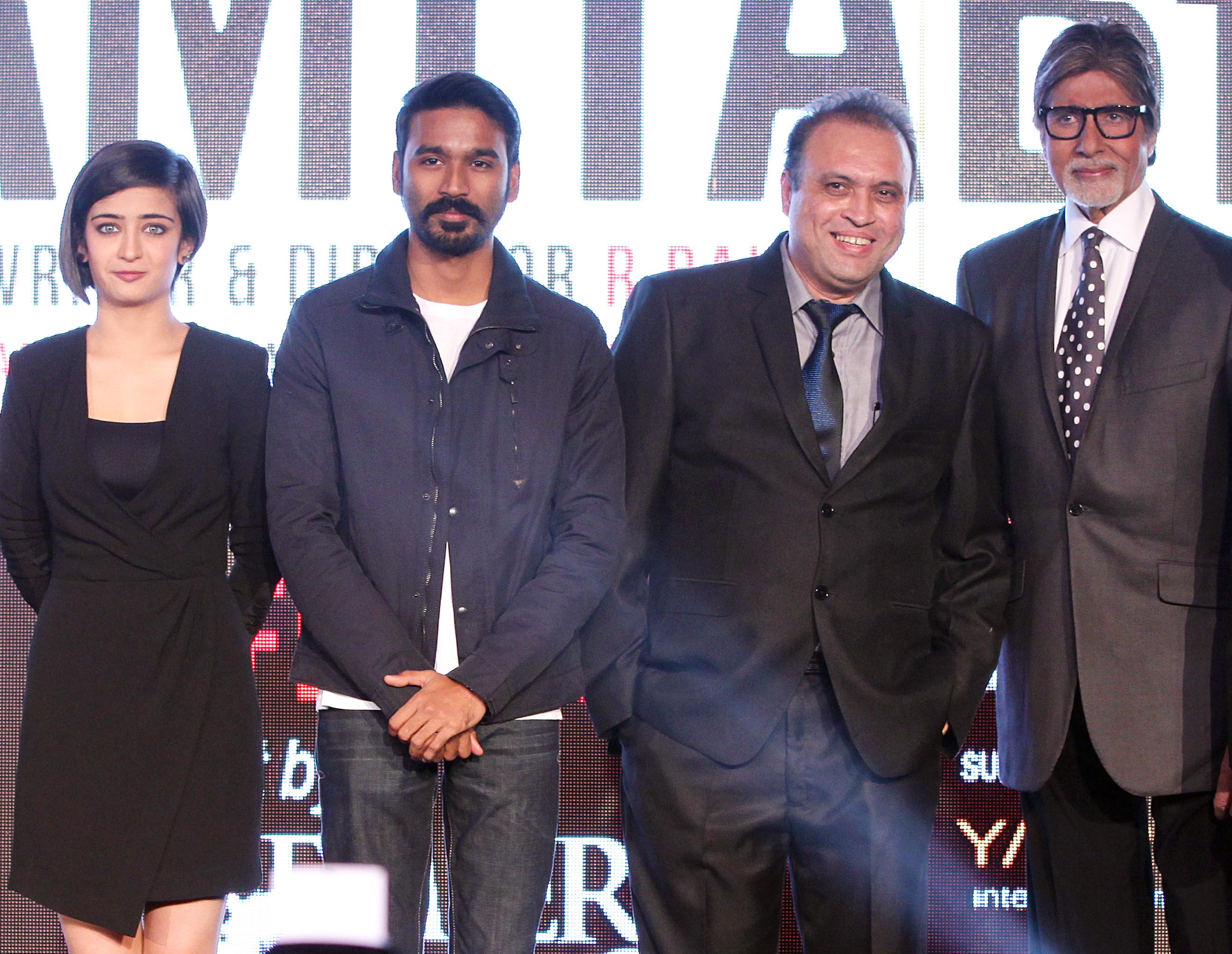 With over 800 movie buffs and Bollywood enthusiasts present it was one of the biggest Bollywood promotional events ever in Dubai! Amitabh Bachchan, Dhanush and debutante Akshara Haasan were also present for the event. There was even a contest held in the UAE calling all Bachchan fans to re-enact his on-screen dialogues/songs in his presence! Performing in front of the legend himself? What an honor!

Big B looked like the star he is in a crisp white shirt and grey suit with a scarf about his neck. Talking about the film, which tells the story of a wannabe star who becomes famous by imitating Bachchan’s legendary voice, Bachchan said he was impressed by Dhanush’s dedication to his craft and the way he managed to take on his voice without losing sight of the character.

“We dubbed three times for this film, whose plot is the first of its kind in Hindi cinema,” explained Bachchan. “It was important to match facial expressions to dialogue.”

Dhanush, for whom this is the second Hindi film, laughed when asked about his progress with learning Hindi.

“It’s much better than it used to be,” he said, referring to Ranjhanaa, his debut Hindi film. “I used to have to memories all the dialogues!”

Haasan, said it was a privilege to share screen space with Bachchan and Dhanush. The organizers of the film Shamitabh in the UAE, Premiere Production CEO, Mr. Javed Shafi, commented,

“This is a golden opportunity for Mr. Bachchan’s fans to showcase their talent as well as stand a chance to be judged by the legend himself. The campaign is an ode to the voice of Amitabh Bachchan in correlation to his character in Shamitabh where his voice is the key voice in the film.”