India was certified polio-free in 2014. Today, the country has the opportunity to achieve its next public health victory with the elimination of lymphatic filariasis, a neglected tropical disease (NTD) that threatens nearly half of its population. To meet this ambitious goal, the Indian Ministry of Health & Family Welfare (MOHFW) has launched one of the largest public health campaigns in India’s history to provide more than 400 million people with free medication that could protect them from lymphatic filariasis. 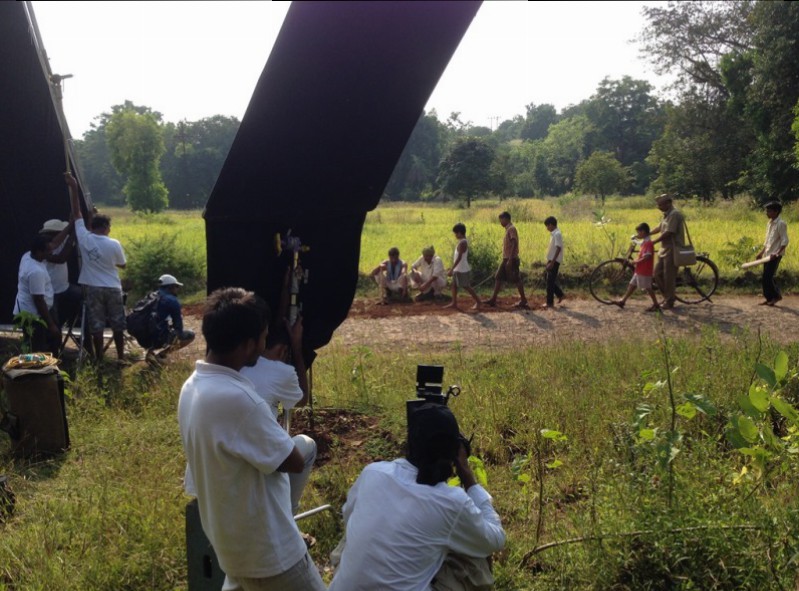 Lymphatic filariasis, also called filaria or elephantiasis, can cause horrible disability and disfigurement among those infected.The disease has high prevalence and serious complications, but its prevention is very easy. The MOHFW, however, has faced enormous difficulties in combating the disease. Many people are complacent when it comes to prevention; in part because of apathy toward the disease and the length of time it takes to manifest itself (8 to 10 years). In addition, many people fail to consume their medicine even with the government’s door-to-door efforts to deliver free, preventive doses and educational messaging in endemic regions.

“India has made great strides over the last decade to eliminate lymphatic filariasis in endemic states and we are now on the verge of reaching elimination targets nationally. However, the last mile of the journey is often the most difficult,” said Mr. C.K. Mishra, Additional Secretary and Mission Director of the National Health Mission at the Ministry of Health & Family Welfare. “We are employing a wide range of new communications tactics and partnerships that will help us encourage all people at risk from this disease to consume their free dose of medicine during our annual mass drug administrations.”

“Nearly 500 million people in India are at risk of contracting lymphatic filariasis,” said Dr. Neeraj Mistry, Managing Director of the Global Network and a campaign consultant for the MOHFW. “India’s success in eliminating this devastating disease will bolster global efforts to eliminate lymphatic filariasis and other neglected tropical diseases in other endemic countries. The ’Hathipaon Mukt Bharat‘ (Filaria Free India) campaign supports the attainable goal of lymphatic filariasis elimination in India and we commend the leadership of the Government of India on this critical initiative.”

The Global Network turned to Ogilvy & Mather Mumbai and Little Lamb Productions to execute the development of the creative campaign. The task was to attract greater attention to the seriousness of the disease and the importance and simplicity of taking preventative medication.

“We were immediately drawn to the idea that eliminating filaria in India can be the country’s next big public health success story,” said Sumanto Chattopadhyay, Executive Creative Director, South Asia, Ogilvy Mumbai. “The theme of working together to wipe away this terrible disease became an early cornerstone of our creative direction and from there we built other important elements into our concepts, including intrigue and an uplifting, simple message that would stick with our target audience.”

The online version of the campaign videos was launched on January 9, 2015 and has been getting some great feedback!

Check out the campaign video here:

Reliance Group, one of India’s largest conglomerates, also has lent its corporate support to the campaign by agreeing to promote it through the company’s mobile, mass media and web-based channels. Their involvement is set to take center stage when the second phase of the campaign begins in February 2015, with mass drug administrations taking place in states not covered during the first phase, including Uttar Pradesh and Bihar.

Intrigue is created to lead villagers to a patient with a manifestation of lymphatic filariasis, also known as filaria or elephantiasis (“Hathipaon” in colloquial Hindi). Key messaging highlights the irreversible nature of advanced filaria and, at the same time, the simplicity of its prevention. Care has been taken to sensitively handle the subject and to create empathy with the patient. The patient himself delivers the most important message — “this disease can happen to anyone.” Portraying a pitiful picture of the patient is avoided and instead he is shown as a champion who encourages people to participate in the mass drug administration and consume the pills for a “Hathipaon Mukt Bharat” — Filaria Free India. The campaign also emphasizes that the pills are free and safe, and, if everyone consumes their dose of the pills duly, it will help in achieving the larger goal: to eliminate filaria from India.