The Weirdass Pajama Comedy Festival, curated by the king of comedy, Vir Das himself, is all set to take India in a rage with innumerous shows happening three major cities of India. Here are some reasons why the Pune edition of the Weirdass Pajama is going to be the ultimate show of the season.

1. First show of the season 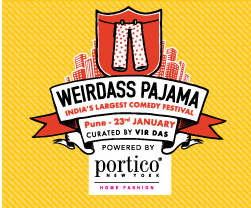 The Weirdass Pajama Comedy Festival is bigger and better, with better acts, bigger comedians and more events in different cities. And guess what? The festival kicks off with a show in Pune, before any other city of India. I am sure this is something you don’t want to miss out on along with the awesome student discounts!
1. An all new international line-up

The Weirdass Pajama brings to you comedy from the land of dreams! Seasoned pros from the USA, regulars at the prestigious Laugh Factory comedy club come to India for the first time, and hosting them is India’s highest selling English comedian, Vir Das! Watch them taste signature dishes from the famous Chitale Bandhu and express their views about Pune, in addition to a fun-filled evening of many flavours. 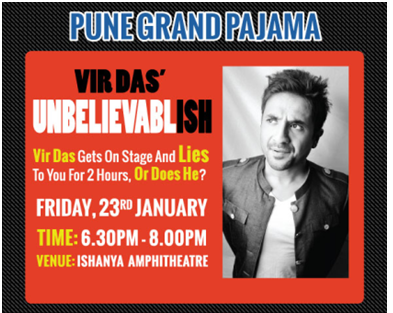 Vir Das’ upcoming show speaks about dishonesty and being a liar. You’re going to hear some crazy and wild stories; however, they may or may not be true. It is for the audience to decide if they choose to believe he banged Buffy the Vampire slayer, talked with the president about lesbians or lost 4 million dollars in a drunken night in Mexico. Is Vir Das a bold faced liar? Come see…and you decide before anyone else can in India!

3. Meet and greet with Vir Das 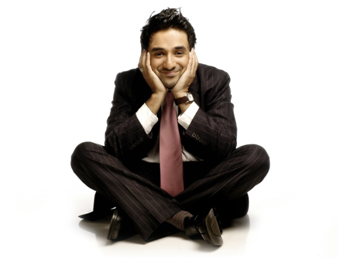 And the best part is, at the end of a truly entertaining show, you get a chance to meet the star of the night. Vir Das will interact with his fans at the end of the show, answering their questions and signing special autographs. Isn’t that just too good to resist? 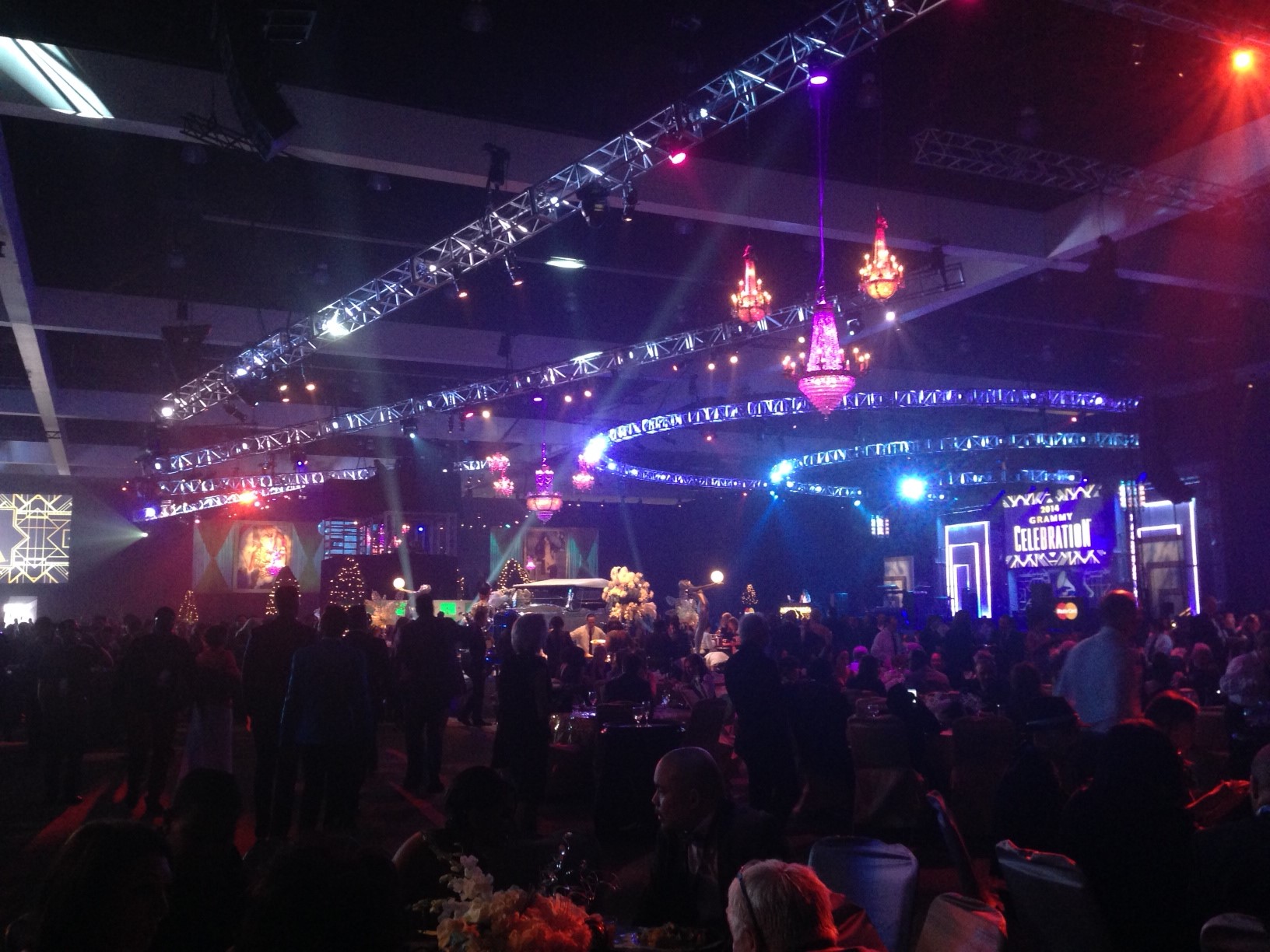 After hours of rolling with laughter, party with the stars of the evening at Smokys, a newly-opened resto-bar at Ishanya Mall. Have fun!
Pune, you really are in for an evening filled with the flavors of laughter, sarcasm and entertainment.