Hrithik Roshan and Tiger Shroff may be a couple of the best dancers Bollywood has these days.  While Hrithik has been around for a while now and has proven his dance skills again and again, Tiger too impressed with some amazing moves in his debut with Sajid Nadiadwala’s super hit Heropanti.  Tiger has now begun shooting for his next film, tentatively titled “Heer & Ranjha“, which is also directed by Sabbir Khan and produced by Nadiadwala Grandson Entertainment.

Tiger was busy shooting for the first shot of the film at Mehboob Studios, Bandra, when he learnt that Bollywood’s heartthrob, Hrithik Roshan, was also shooting there. It is a well known fact in the industry that Tiger reveres Hrithik Roshan and is a big fan of the handsome actor.  An insider from the sets revealed “The moment he came to know that Hrithik is shooting on the adjacent floor in the same studio, Tiger decided to drop in to say hello.” Hrithik was pleasantly surprised and also invited Tiger in his vanity van where the two had a long conversation and also clicked pictures.  Look how happy Tiger looks in the pic below! 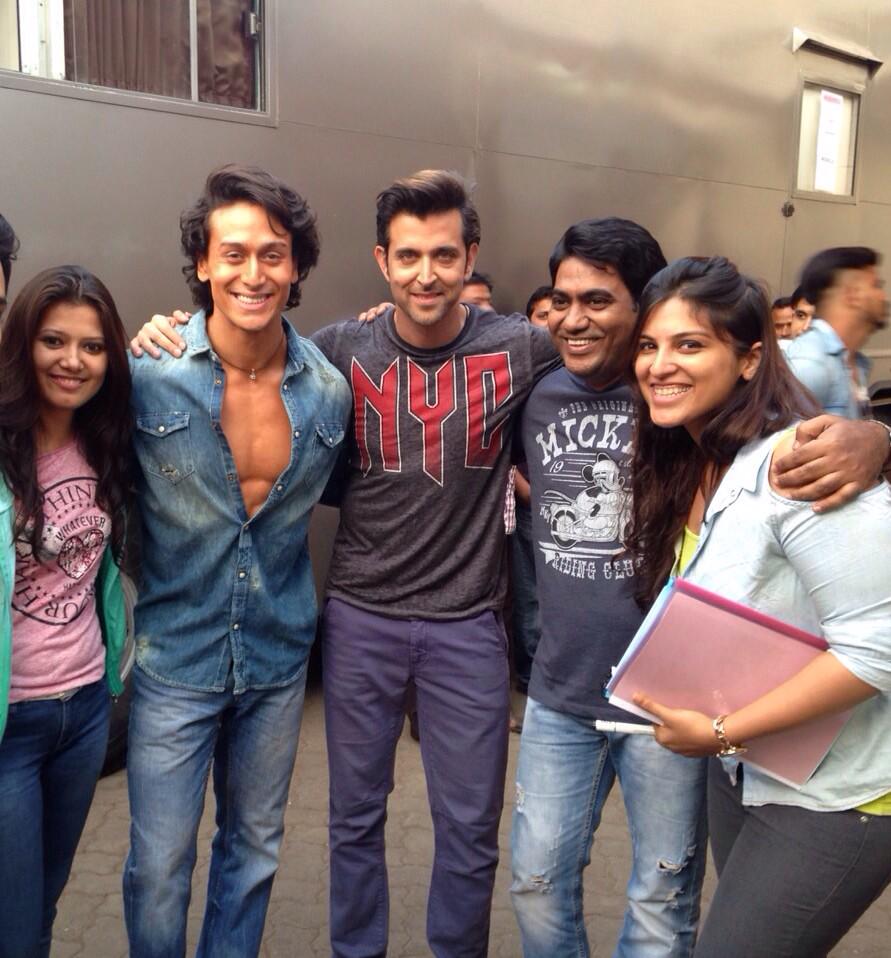 Regarding the movie, an insider close to the developments disclosed to us that, “Although he has signed a couple of other film offers, Tiger was clear on finishing his mentor Sajid Nadiadwala’s movie first before moving on to further projects. He has a special equation with the producer, who launched him in Bollywood.” The movie is slated to release towards the end of 2015.

Must say, if the first day of shoot was so eventful, we can’t wait to see what happens at the rest of the shoot!