The Weirdass Pajama Festival is back with a bang, bigger and better! This year, India’s largest comedy festival comes to Pune, Mumbai and Delhi to give you the best time of your life. With the best line up of Indian Comedy and brand new international comedians, Weirdass Pajama Festival is here to fill your weekend with an overdose of laughter! With 100+ artists and multiple venues, the Pajama has it all. 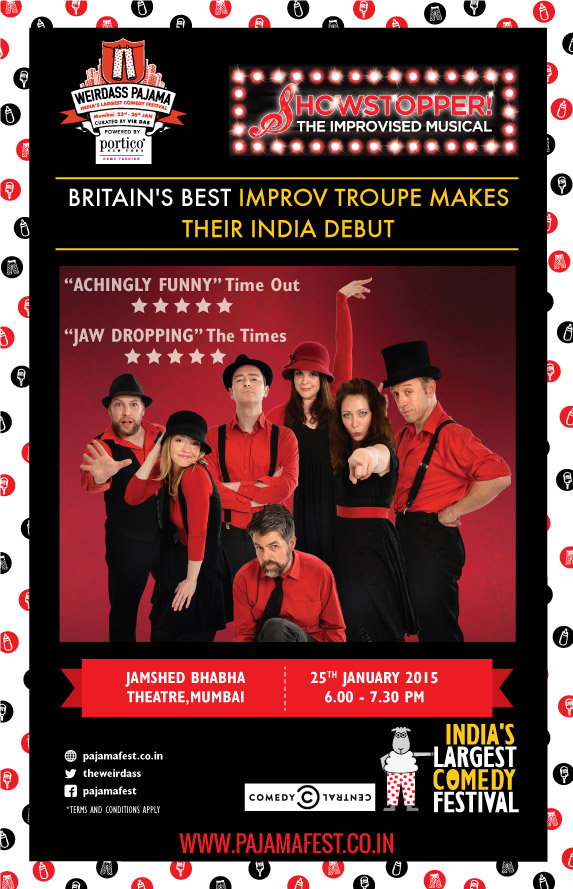 Showstoppers: From Edinburgh to India, the Pajama this year will witness Showstopper – the improvised musical. This renowned troupe is popular across the globe for an impromptu fully-realized musical based on audience suggestions. So won’t it be hilarious when they attempt to enact a full blown Bollywood musical with suggestions from the audience comprising of our very own Gujjus, Punjabis and Marwadis? 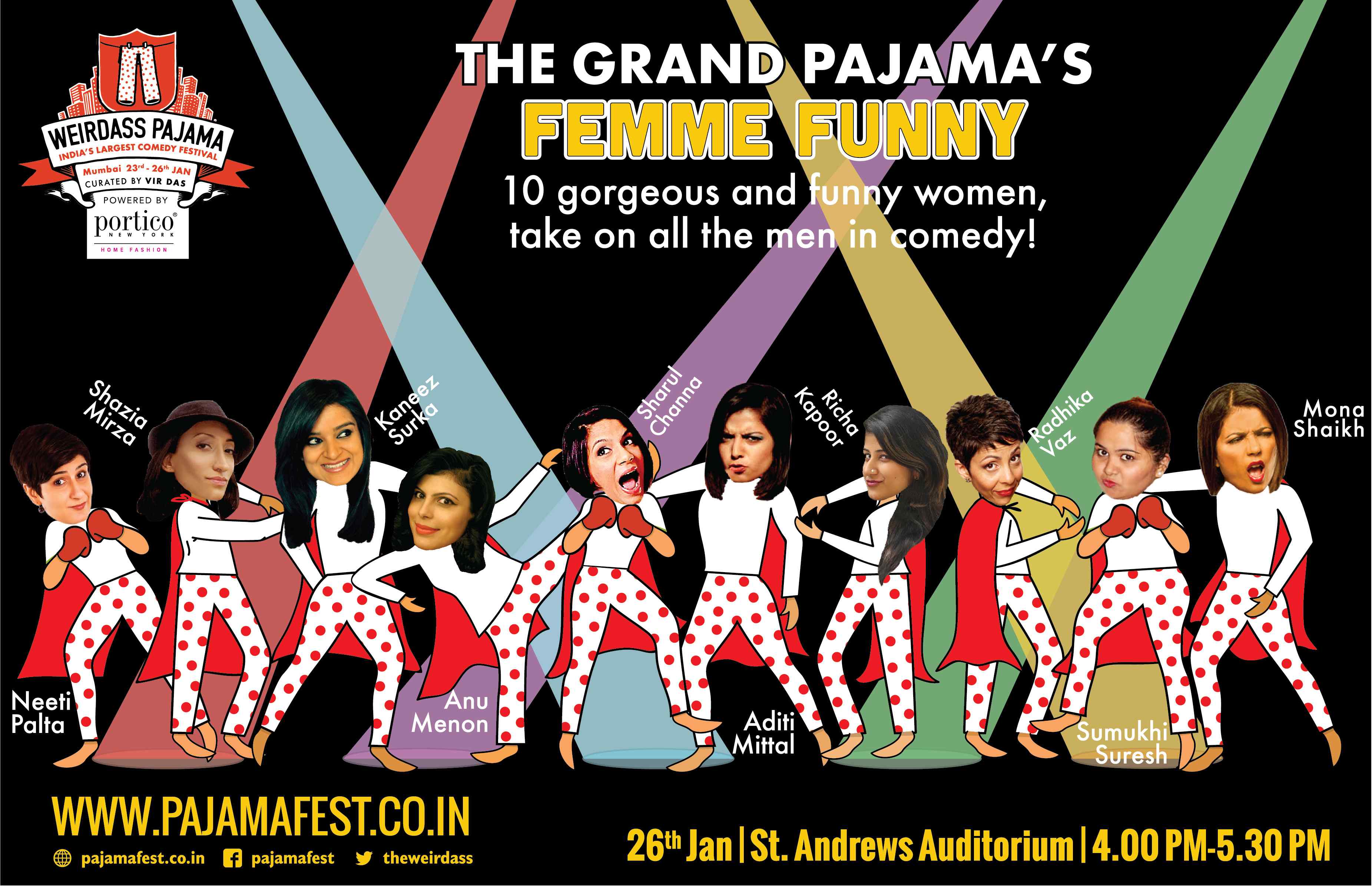 Femme Funny: Femme Funny is India’s first all female stand up comedy show with ten women, from five countries in one power packed performance! Get ready to laugh your heart out as 10 gorgeous women taken on all the men in comedy. 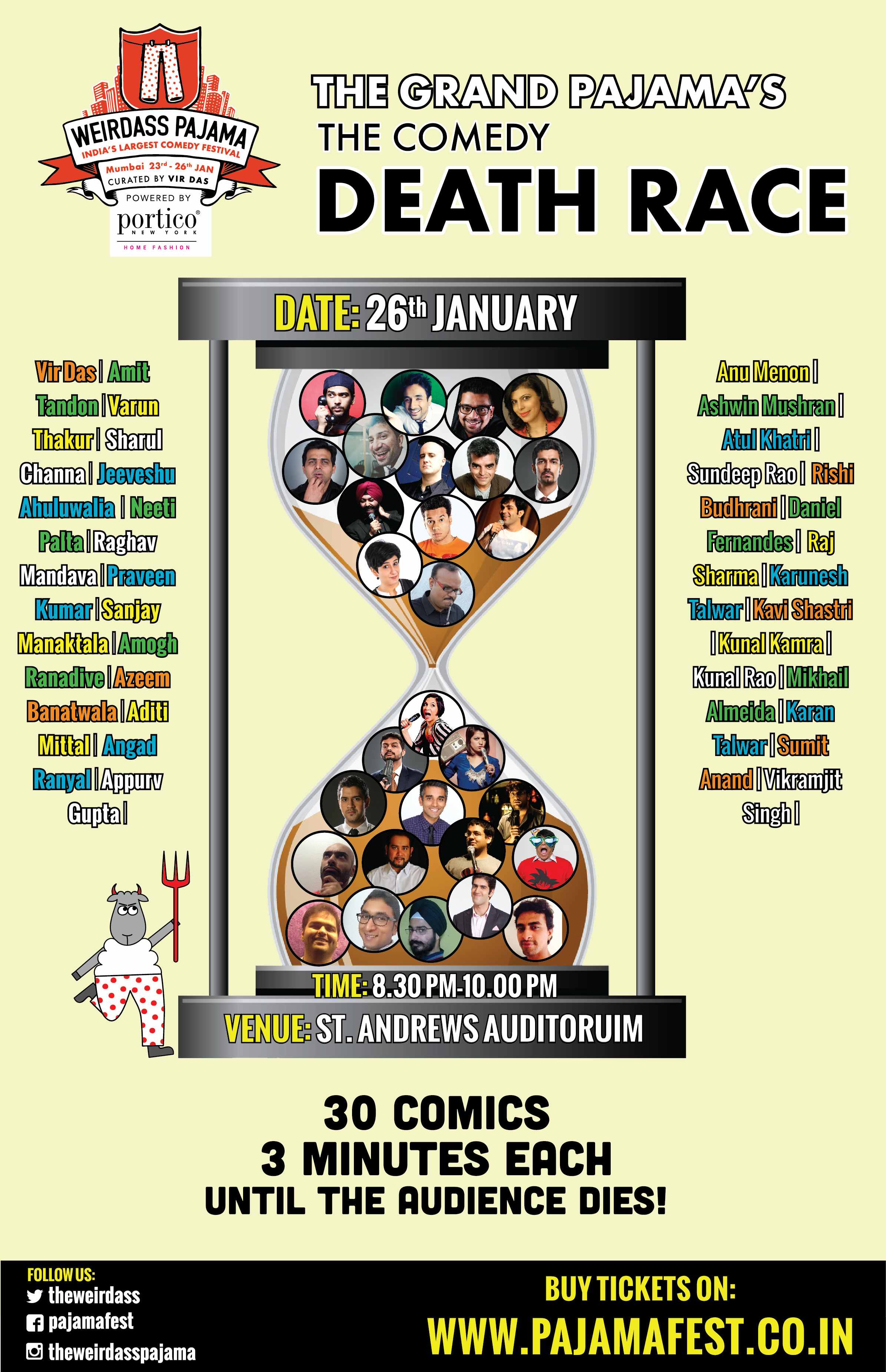 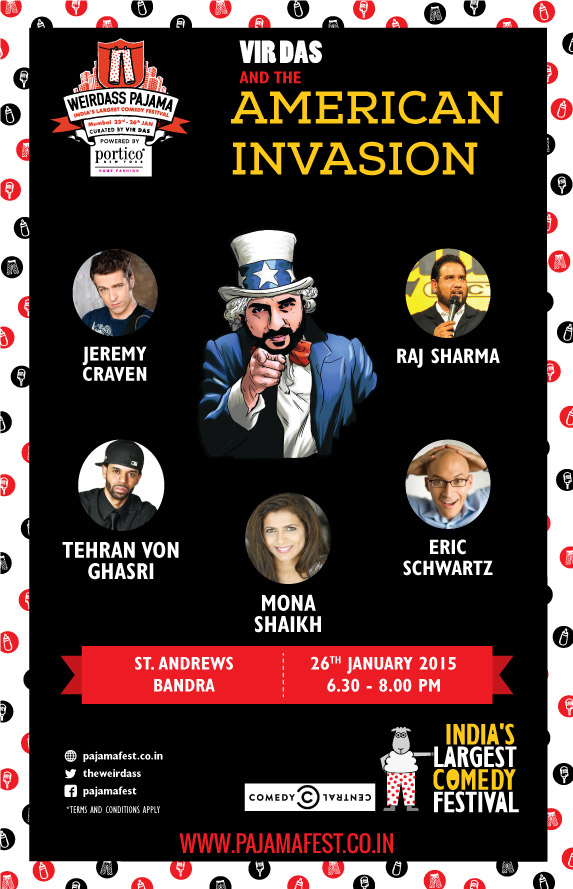 The American Invasion: Seasoned pros from the USA; regulars at the prestigious Laugh Factory Comedy Club come to India for the first time at the Weirdass Pajama Festival! Hosting the show is India’s highest selling English comedian Vir Das! This is one show you do NOT want to miss. 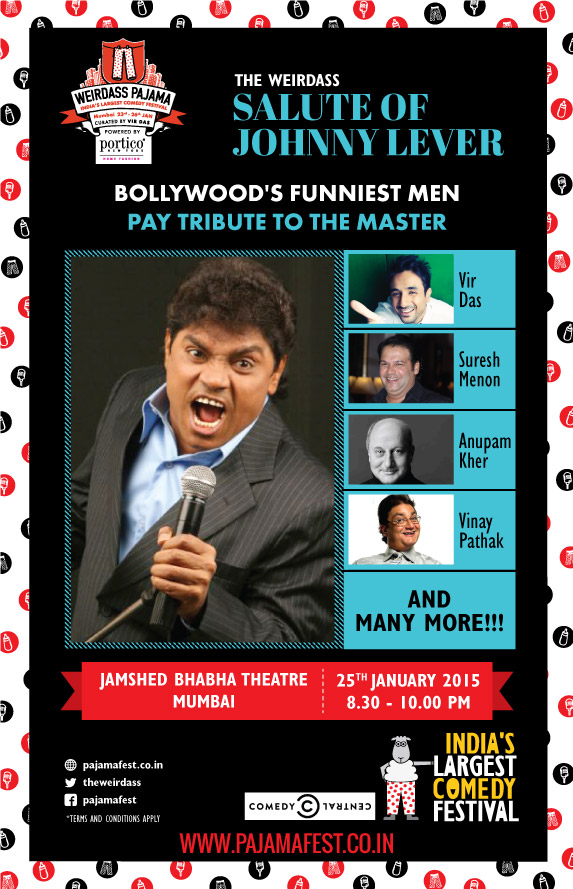 Salute of Johnny Lever:The Weirdas Pajama Festival brings to you the legendary star of stand up comedy, Mr. Johnny Lever himself!And If that’s not all, a crazy line up of Bollywood’s funny men like Vir Das, Vinay Pathak, Kunal Roy Kapur, Suresh Menon and many more will share the stage with Johnny Lever to pay him a tribute. 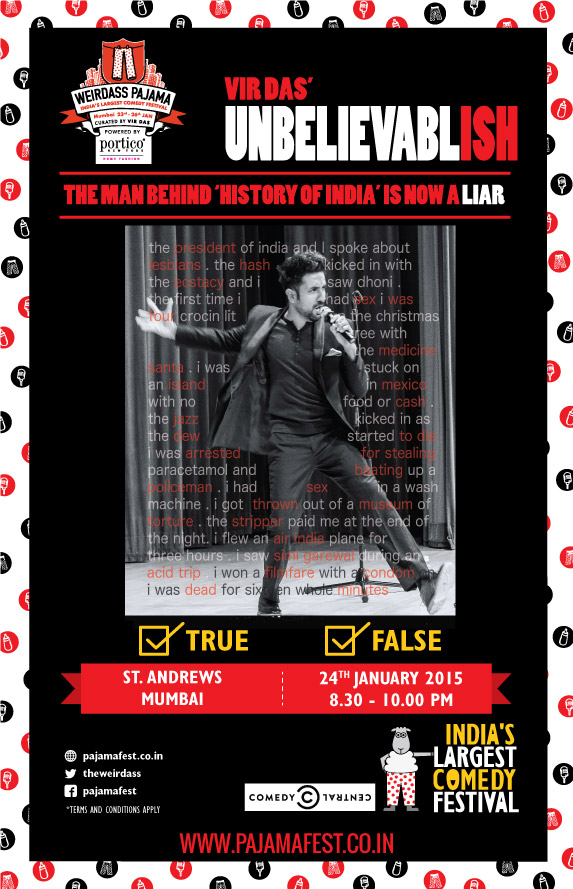 Vir Das’ Unbelievablish: India’s best stand up comedian who has given us hit shows like ‘Battle of Da Sexes’ and History of India – VIRitten, Vir Das is back with yet another laugh riot. This show is about dishonesty and being a liar. You’re going to hear some crazy and wild stories; however, they may or may not be true. Is Vir Das a bold faced liar? Come to Unbelievablish and decide for yourself!