Aishwarya Rai is all set to make her comeback to the screen after being married and a new mommy! Recently she caught up with the film-makers and cast of her upcoming film Jazbaa which had a recent script reading this week. By the looks of Aishwarya, she looks gorgeous as ever! 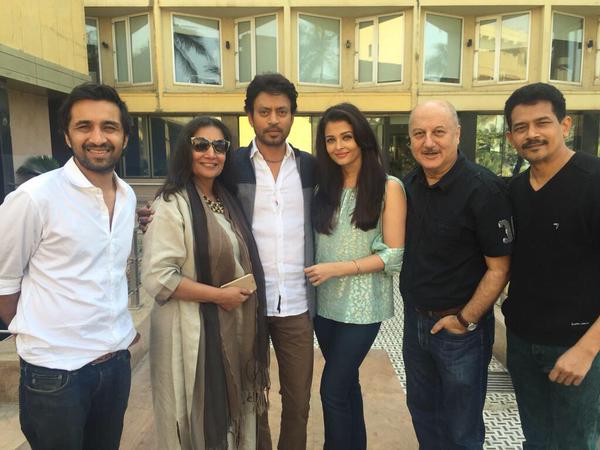 The film also stars Irrfan, Shabana Azmi, Siddhanth Kapoor, Anupam Kher and Chandan Roy Sanyal among others and is a crime thriller with many twists in the story, the filmmaker felt it was imperative that the star cast is in sync with their characters before the film goes on floors on January 20. Hence, the makers organised a script reading session, which was headed by Sanjay Gupta!

All we can say is we are glad Aishwarya is making her comeback to screen!