With a bottle in hand, sport shoes under lehenga and a punk attitude, this goggle clad girl is definitely not the quintessential bride. Dolly urf Sonam Kapoor is also spoilt for choice when it comes to choosing a groom in her forthcoming film ‘Dolly Ki Doli‘. 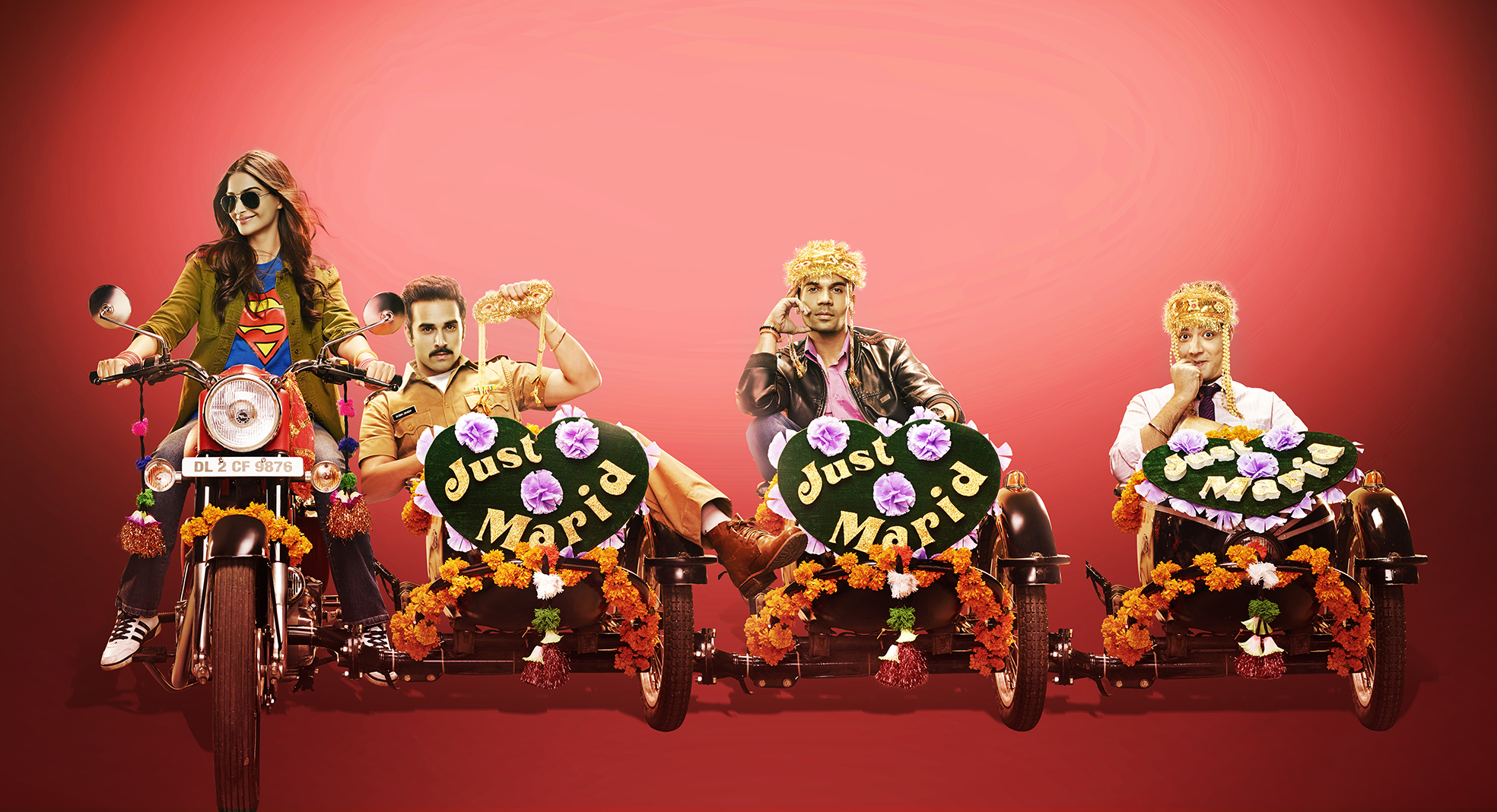 Essaying the role of Dolly, Sonam Kapoor charmingly cons men into marrying her and then dupes them. The comedy- drama will see three credulous men – Pulkit Samrat as Robin Singh, Rajkummar Rao as Sonu Sehrawat and Varun Sharma as Manjot Singh Chadda swooning over the adorable Dolly and vying to marry her.

When asked about this exciting fun drama, producer Arbaaz Khan said, “Dolly Ki Doli is a fun ride which will definitely leave you refreshed. Sonam Kapoor as Dolly is very adorable and it is very interesting how she cons guys into marrying her which leads to many twists and turns in the film. But in the end figuring out who she ends up with will keep you glued to the film.”

Well, get set to find out who Dolly marries or if she stays single, this 23rd January 2015

Produced by Arbaaz Khan Production, the film is directed by Abhishek Dogra.