Every now and then, just when I’m losing faith on how India manages women’s issues, a star rises up and to speak up for change, and restores my faith in the potential for India to progress.  This time around, that star is Shenaz Treasurywalla, a popular Indian VJ and actress.  The girl can sure write!  She has very effectively gotten her message across – i.e. that it is the prominent names in India who need to set an example and start to work towards change.  The more popular the artist, the more impact they will have.  It is the men who are at the top, who have ability to influence the masses and change how women are treated. Definitely read the whole open letter.  It is lengthy, but it is thought provoking.  Incredibly proud of Shenaz!  Read below for the unedited article. 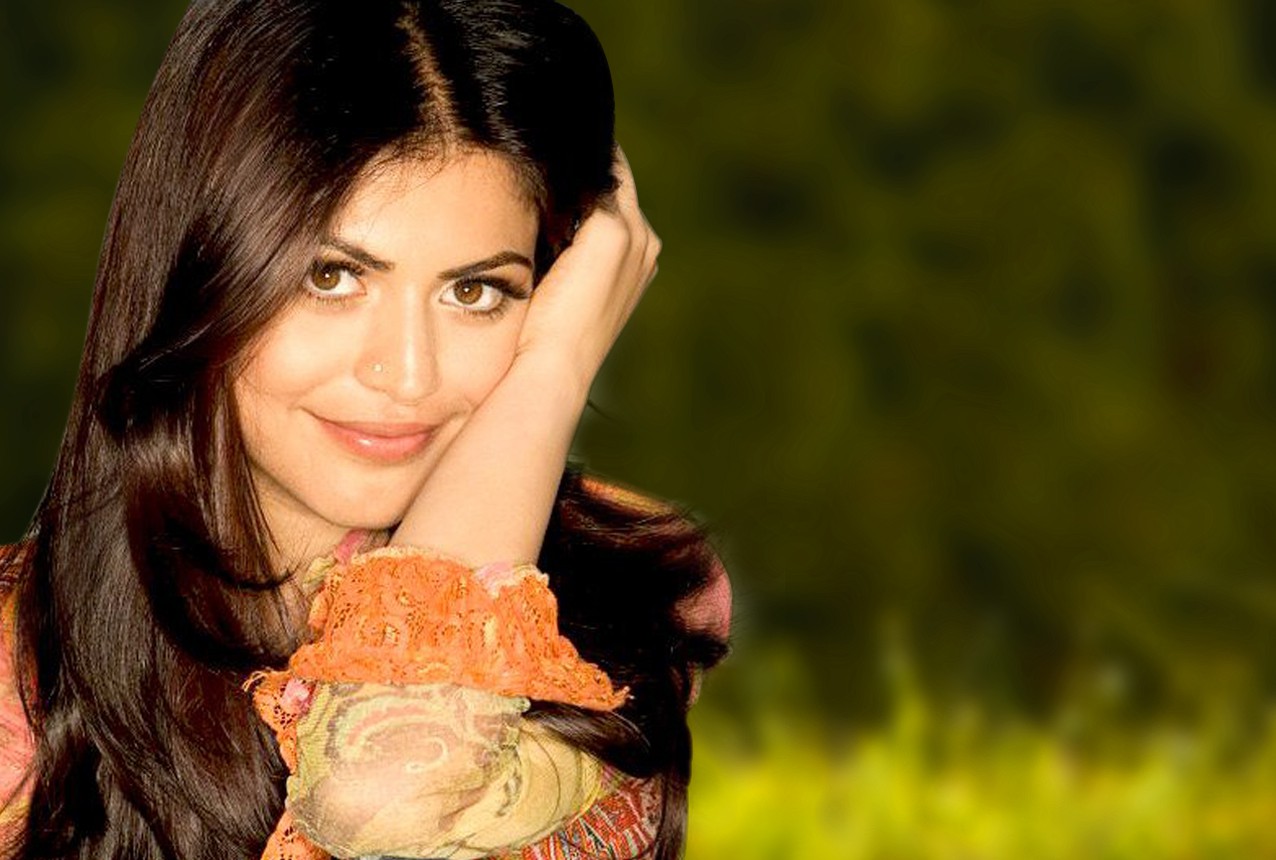 My parents may not like me saying this. I apologize to them if they are reading but this is NOT MY SHAME. It’s THIER SHAME.

My first experience with the opposite sex, was when I was just 13 and groped by a man (never saw his face but will never forget his hand) while walking in the vegetable market with my mom. She had just given me the worst haircut and as an angry teenager I was upset at her and was lagging behind as she walked ahead. I still remember what I was wearing. It was her dress, mustard with flowers and little bow in the front. How I hate that dress! As if, it was the dress’s fault.

I was shocked at first. Speechless. He disappeared. I just stood there. Tears started pouring out of my innocent eyes. I told my mom who went mad screaming in the market but who knew where that man disappeared to. I still remember the dirty feeling I had and the number of times I showered in my grand-mom’s bathroom after. That feeling never went away.

Since then it was non-stop. I would try to articulate this to my parents and while my mom understood, my dad and uncles told me I was imagining it. Maybe they just couldn’t deal with it. CAN YOU?

When I was 15, I started going by train and bus to St. Xaviers’ College. I was groped and touched and from all angles and this was just how I grew up. Not Just Me but MOST INDIAN WOMEN who don’t have the luxury of cars and drivers.

As a teenager I would dream of and still sometimes dream that I had a machine gun and could kill all the men who tried to grope me. A very disturbing dream for a kid, don’t you think?

I got my first assignment as a model in the FYJC and I had to go to screen-tests straight from college. So I had to dress nice, didn’t make it any easier. I specifically remember the time I went for an audition in a red body suit and a black long skirt with slits. It was HELL! I never wore that again. As if it was the dress’s fault.

I developed ways to defend myself, I always carried a bag in front of me, my fist was always clenched, I always turned around every 20 seconds to check who was behind me and a few times I slapped men who touched me, I got slapped back many times too. Sometimes saved by the public, MOST TIMES NOT.

My mom begged me not to pick fights with men who touched me, she was afraid of acid being thrown at me or that somebody someday would hurt me badly. She is STILL AFRAID and today she told me not to take an UBER to my meeting tomorrow. Hell ya. BAN UBER! Make everyone take responsibility for this.

My sister got into Sophia’s college, we were all excited. She went by bus but the first day she came home, she sobbed traumatized. A man had put his hand in her tee-shirt through her sleeve, the entire bus ride. She just froze. She was a kid too and wasn’t equipped to even understand this. I was LIVID. I’m sorry sis for telling the world this, please don’t stop speaking to me. IT’S NOT Our Shame. It’s THEIRS!

One of my friends in college was RAPED on the train on her way home in the ladies compartment. She was sick and was going home in the 11:15 break. There was nobody in the first class compartment going back to Bandra at that time, it was a superfast meaning it didn’t stop at most stations. He raped her and then jumped off after using her scrunchy (hair tie) to wipe himself. She was the only one on the train and had to limp her way back to her home in Bandra, bleeding profusely. She was just 16. This she felt was her shame so she did not say anything to anyone.

BUT IT ISN’T HER SHAME, it’s THEIR SHAME.

My mom accompanied me to Hyderabad on a shoot once. In churi bazaar, a cyclist groped My MOM. My dear respected and lovely MOM.

Sorry Mom, IT’S NOT Our Shame, It’s THEIR SHAME.

Why am I telling you my personal story?

Well first I want all women to Speak Up.

Let’s make this our MOTTO- It’s not OUR SHAME, it’s THEIR SHAME.

“THEY” ARE THE MEN IN OUR COUNTRY.

Not just the rapists and the sexual offenders and gropers but also our Fathers (sorry dad) and Uncles and Brothers and MOVIE STARS AND CRICKETERS AND POLITICIANS for not SAVING US or PROTECTING US by insisting and protesting for the LAWS TO CHANGE and Rapists and Gropers to BE PUNISHED SEVERELY!

Why do we as women have to feel so threatened? WHY has there been no severe action taken? This has gone on for years now. Not just in Delhi but all over our country and yes even in BOMBAY OR MUMBAI OR Whatever the hell you want to call it! It’s NOT SAFE. NO!

My biggest fear ever since I was kid and even today when I walk back home at night from yoga or when I take a rickshaw from a friend’s home is being RAPED. I still feel that fear. I am still am on guard. I still fantasize of having that MACHINE GUN.

In the past 4 years I have been living and working half in India and half in New York and let me tell you I have walked the streets of Harlem, the Bronx and Brooklyn (perceived as the most dangerous in NYC) at 3am after parties in short skirts and felt safer than I feel in Bandra at 10 pm on a quiet road fully covered. WHY?

Let’s talk about Delhi our Capital. I was there 2 days ago and the day of the rape. I wanted to go out and walk by India Gate and admire our great monuments but could I? Why?

What good are all your speeches in the US or Japan or AUSTRALIA- NAMO, if no woman can walk freely in the streets even in broad daylight by herself in the CAPITAL OF OUR COUNTRY. Isn’t this a SHAME?
SHAME ON YOU SIR.

This is our No 1 issue. FIX THIS before anything else.

This is a SHAME. And it’s YOUR SHAME. You are now RESPONSIBLE FOR US.

I beg all of you fine gentlemen that I have addressed to help change the LAW.

You are powerful men. I say, SHAME and PUNISH THE Gropers and Sexual offenders severely. KILL THE RAPISTS.

I won’t ask for public castration which is what I want and all the women want because I know this is unrealistic and things move SO DAMN SLOW in our FINE NATION.

All I ask for is the -Death Penalty Please. NOW! QUICK!

If that’s too hard or will take too long then at least LIFE IMPRISONMENT. Put them away forever.

Why was this man who had raped twice before out on bail?

And then given a drivers license? YES, BAN UBER TOO. Make everyone responsible.

I’m ready to do anything. I’m not a big enough celeb but you Sachin Tendulkar, Amitabh Bachchan, Salman Khan, Sharukh Khan, Aamir Khan, Anil Ambani SIRS- need to speak up as MEN ( you are the men with the power)

Please demand the Death Sentence for the Rapists.

Superstars I beg you, please take a stand. Use your Superstardom and Power and MONEY and save the women of our country. SAVE US!

I urge you to protest or go on a fast or do something DRASTIC so people take notice, the government wakes up and CHANGES the LAW so these men are terrified to touch us.

Imagine Amitabh Bachchan Sir, Aamir Khan, Salmaan Khan, Sachin Tendulkar, Anil Ambani- if you went on a fast or walked to the Rashrtrapati In Delhi. If you, took this stand and made this YOUR No 1 issue, how much change there would be?

Why should we as women feel so unsafe in our motherland?

Why should we as women be terrified and on guard all the time?

Why was this man out on bail after committed two rapes already?

Make an Example Of Him.

Any man who even touches a woman should be imprisoned for life. Be strict, make examples of these men, scare those who dare to touch us.

SCARE THEM BY MAKING AN EXAMPLE OUT OF THEM.

SAVE US, Save your mother, daughter, sister please!

This is NOT OUR SHAME.
THIS IS YOURS.
SHAME ON YOU.

Don’t sleep till you- SAVE YOUR WOMEN!