Bollywood Actress and Model, Pooja Misrra terminated her contract for blogging on Big Boss 8 Times Of India’s social networking sites. Pooja has been an active voice from the outside, blogging about the house for over two seasons. Pooja’s blogs set trends on the show and also on the social network sites hitting high numbers of readership across the globe! 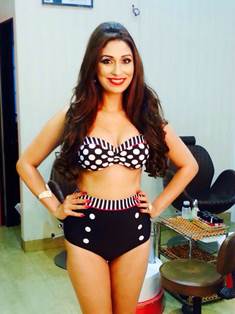 A true reflection to Pooja’s character the blogs were funny, intelligent and sometimes jaw dropping this is the reason the readership levels were at the highest. She has now stepped down from her post to focus on an international project which will launch in the next few months. Pooja said,

“My time writing blogs was fun but it gets very tiring to watch every episode, dissect the ideas, and put my opinions out there for all to get inspired by. I will no longer be able to fulfill this commitment due to my international projects starting in a few months.”

This is the last month of the Big Boss season 8 and a very critical month, however Pooja whose trail blazing style has got a lot of other celebrities to jump on to the blogging bandwagon aping her style will be discontinuing her contribution. This will surely be a disappointment to her fans across the world who have been reading her blogs daily and especially the creative team of BB8 who have loved Pooja’s creativity and been inspired by so many creative ideas from her blogs.