One would think that the idea of going to a restaurant is just because of the food that it serves. However, nowadays, with the drastic use of technology and in particular, the power of Social Media, has given eating places a well established model to build their brand around the concept of social media tools that we use on Facebook, Twitter and Instagram these days. 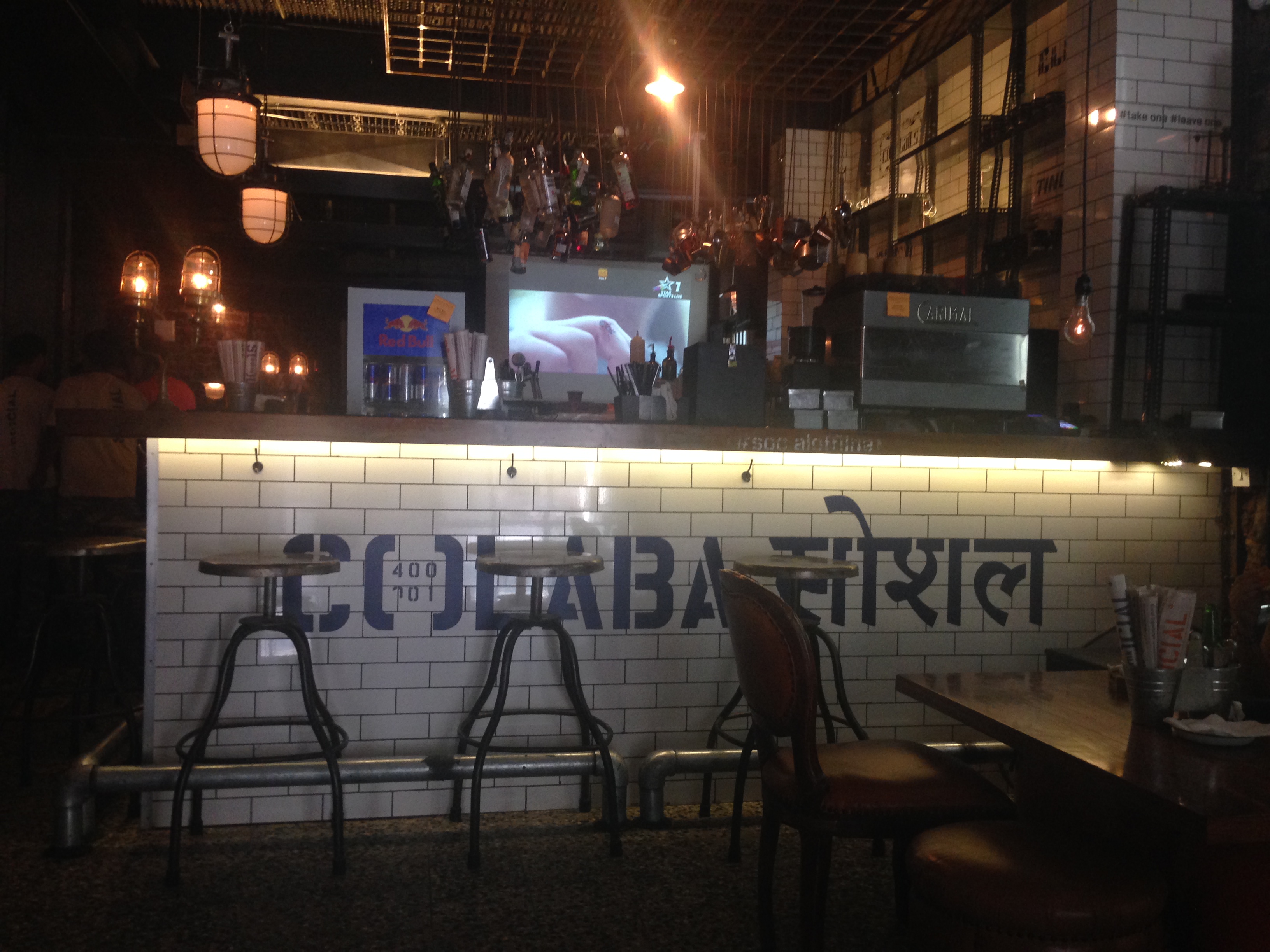 Just as well, this past weekend, I made a long overdue and much-anticipated visit to the famous townside eating house and trendy bar style cafe, called the Colaba Social. Having heard about it for quite some time, made it even more worthy of a meal to relish. What caught my fancy was the way in which the restaurant has marketed itself as a tech savvy ambience, through its smart and inviting use of signs on the walls with a hashtag in front of it. I thought it was rather futuristically fun to drink from a glass that had #Paani (water) written on it. 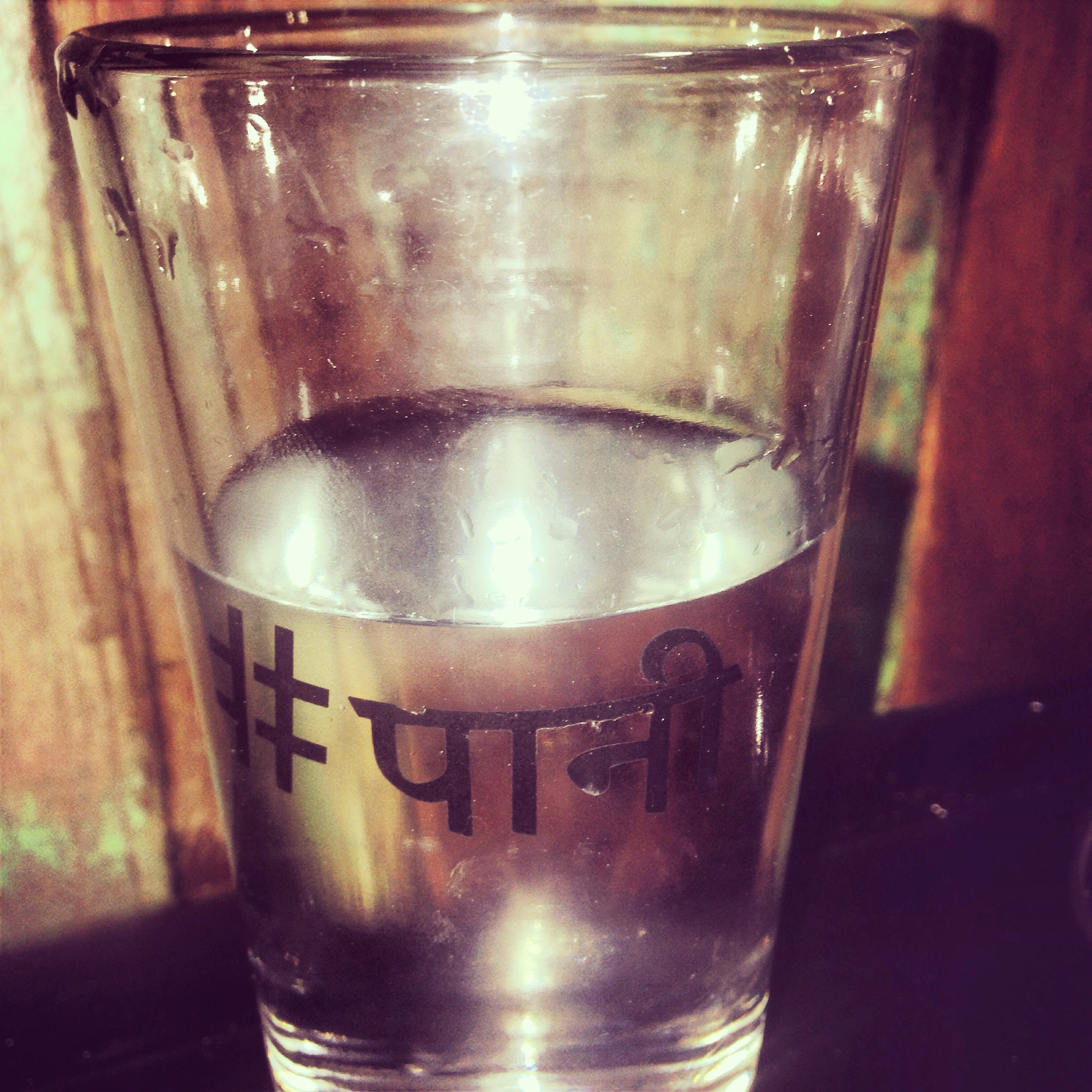 I happened to be in the mood for some really good breakfast food on that day, so deciding what to eat became easier. I ordered a double Pancake, made with crunchy bits of bacon and chicken sausage in it, along with a well made fried egg to accompany it with. It was nothing less than satisfying, as not only was the quantity just about right, but the taste was designed to impress and make the mouth water. Completely worth every bite that I had of it. 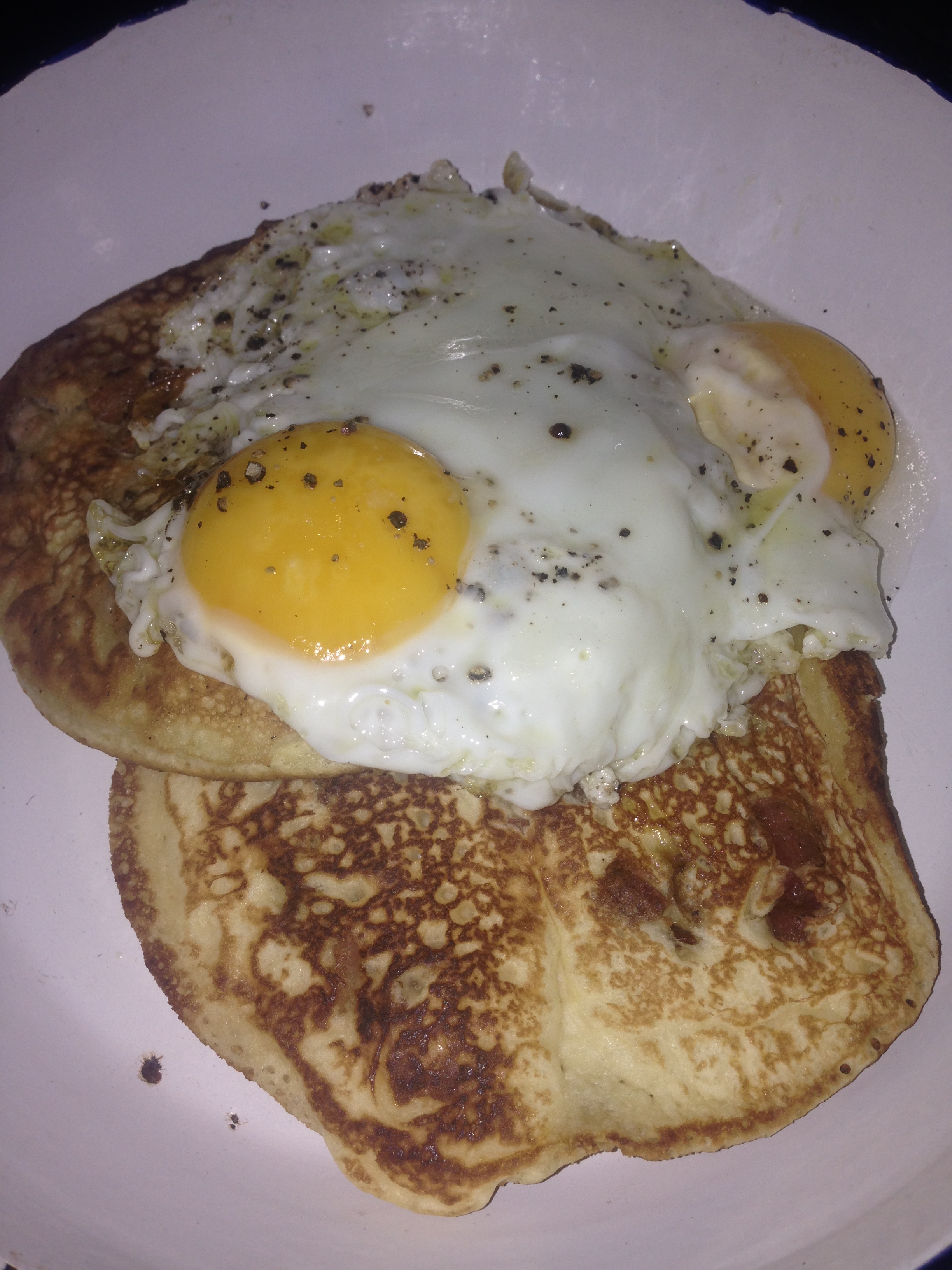 I’ve often judged a placed on the basis of how well they make their coffee. Something that I can’t be blamed for, given my over-the-top love for coffee and how much I depend on it for my day to function. But I must say, Colaba Social hit the spot with the Cafe Mocha that i ordered. Just the right amount of chocolate & coffee that was well blended. So you if you happen to go to Colaba Social just wanting to sip a good coffee with no food, you’re in a good place to experiment your caffeine options. 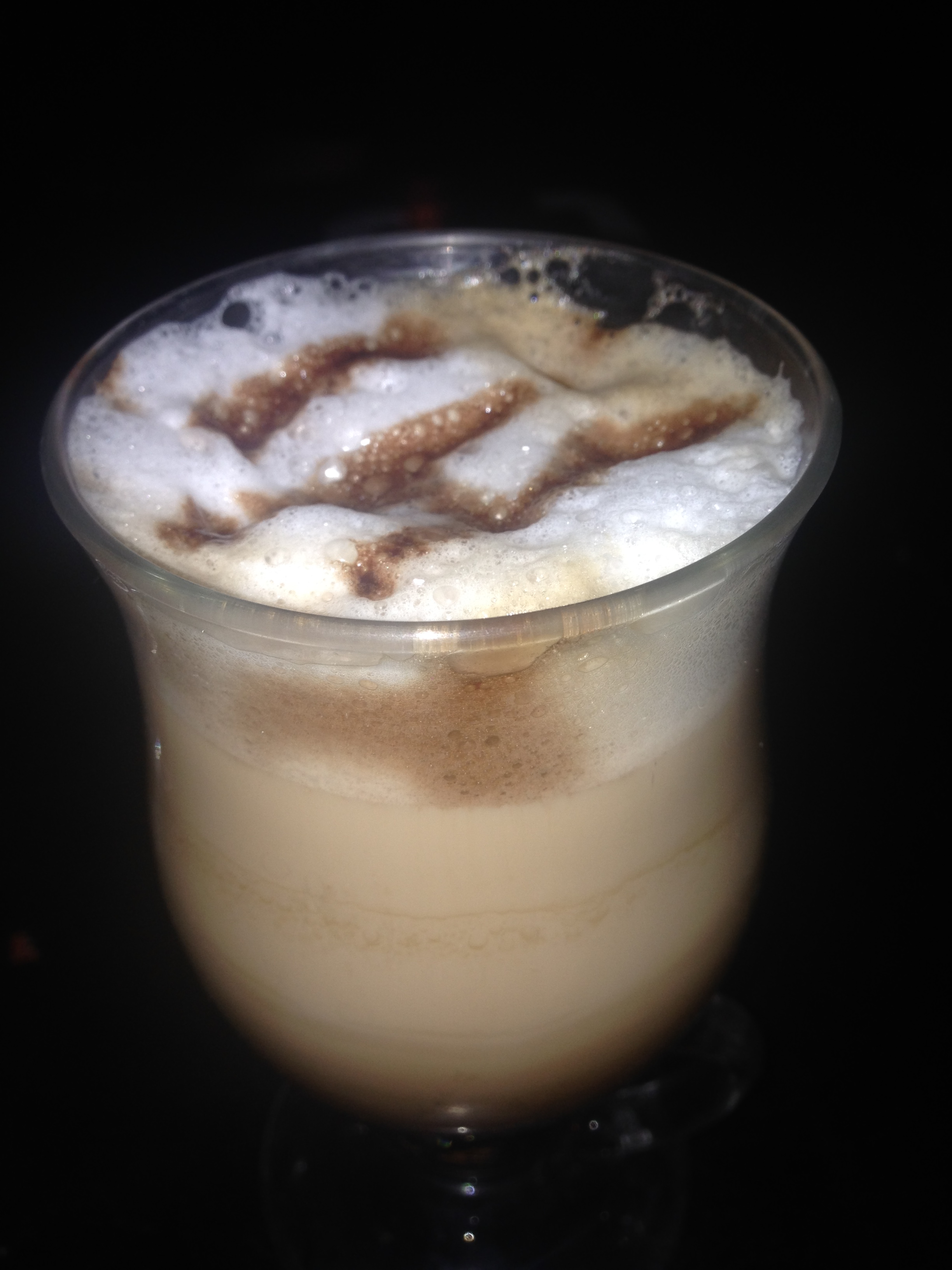 No meal is ever complete without a sweet ending, because a dessert encompasses the perfect dinning experience. So I decided to venture into trying out a Sticky Toffee Pudding. And the only words that came to mind after the first bite I had been ‘Oh My God’. Yes, it was that good. A substantial portion with a scoop of vanilla ice cream and freshly made toffee sauce dripping all over the pudding. It was quite realistically, the kind of food accessory I was looking for, to complement the pancakes. This was a dessert to remember! 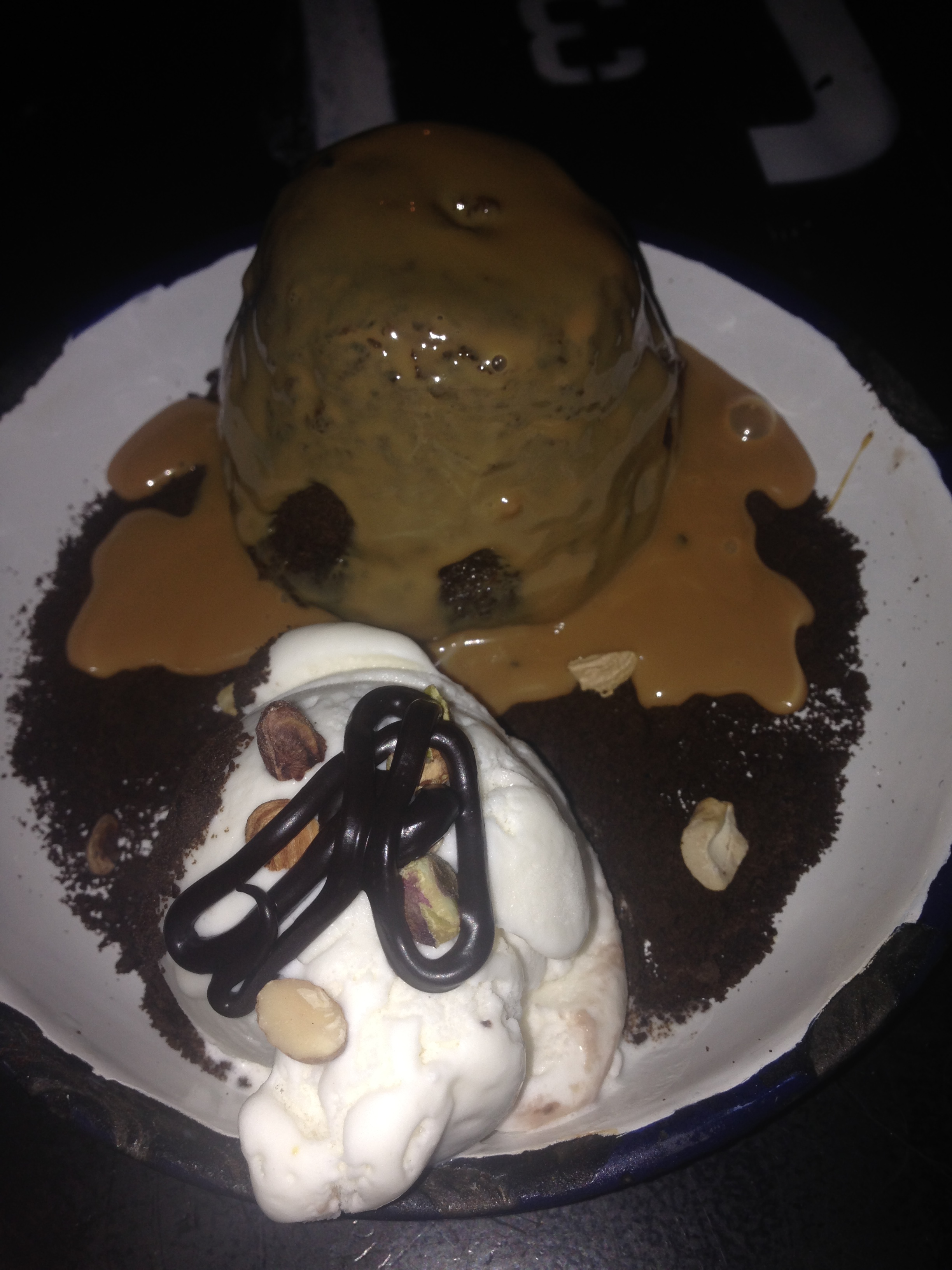 Having been to numerous restaurant in Bombay and across the globe, what stood out is the ambience of Colaba Social that fully lives up to its hype, weather it comes to trying out their food of desserts. A very unique, fun and ‘cool’ eating experience.