Noted Indian playback singer Asha Bhosle was honoured with the Lifetime Achievement Award at the 11th Dubai International Film Festival (DIFF). The 81-year-old ‘Piya Tu Ab Toh Aja’ hitmaker was presented with the prestigious award for her decades of dedication to Indian cinema last night during the opening ceremony of the festival. 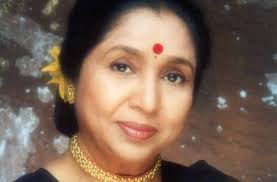 After receiving the award, Bhosle treated the audience to an impromptu performance of her most memorable renditions.

The octogenarian singer has recorded more than 12,000 songs and is known for her versatility as a singer be it folk songs, Indian classical music, pop songs, ghazals and bhajans.

The eight day film festival will come to an end on December 17.

“Asha Bhosle is a stalwart of the Indian music scene, and we are proud to be honoring her with this DIFF Lifetime Achievement Award. Her work has touched almost every corner of the world: we look forward to welcoming such a legend to Dubai and DIFF.”

“I am delighted to have been nominated to receive this Lifetime Achievement Award from DIFF in Dubai – a place with long historic ties to my country. I look forward to visiting this special film festival, which has done so much work to promote the art worldwide.”