Don’t be confused as the title doesn’t seem the way it sounds! Just for a minute even we thought Arjun Rampal has donned the hat of a Director, but well not in real life but the reel life. We bring to you the first look of Arjun Rampal & Ranbir Kapoor in Vikramjit Singh’s upcoming romantic thriller ROY which is being produced by Bhushan Kumar.

We have learned that Arjun will be seen essaying a role of a Director -Kabir Grewal and he will seen directing none other than superstar RK in the film. Jacqueline Fernandez who is the lead actress of the film will be seen in a double role for the very first time and will be seen romancing both the men Arjun & Ranbir! Pretty exciting! 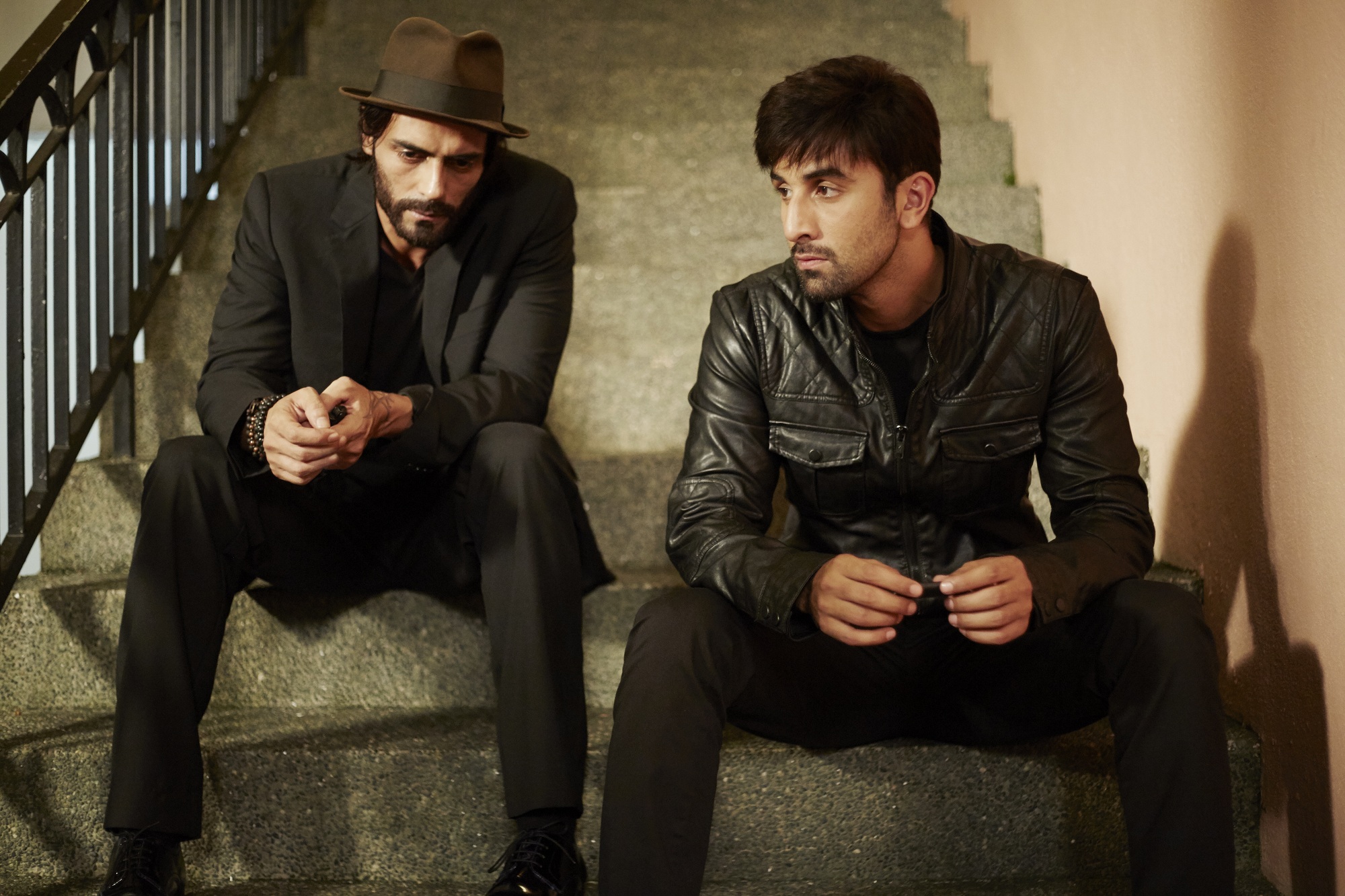 Ranbir Kapoor whose name in the film is also ROY is actually a big thief who has pulled off impossible heists. He has dodged bullets, chased cars and yet no one has been able to get him!

There is certain kind of mystery to this film, Arjun’s character Kabir Grewal would be seen directing two films based on ROY’s life with Roy in the lead, but the real connection between ROY’s real life and his reasons for playing the actor in Kabir’s films is yet to be known!

Well! ROY is surely going to be one of the most awaited films of 2015! The film is scheduled to hit the theaters on 13th Feb, 2015 and is Produced by Bhushan Kumar, Divya Khosla Kumar, Krishan Kumar & Freeway Pictures and Directed by Vikramjit Singh