It is Superstar Rajnikanth’s Birthday today (12th Dec), people have been flocking to theaters and traveling miles just to catch a glimpse of Thalaivar in live action on screen after a gap of 4 yrs!

Such is the Rajni mania not only in south but other parts of India as well! The morning shows we hear had been booked well in advance and are running into packed houses. There have been huge cut-outs of Rajnikanth which have been put all across the streets in the Southern part of India. 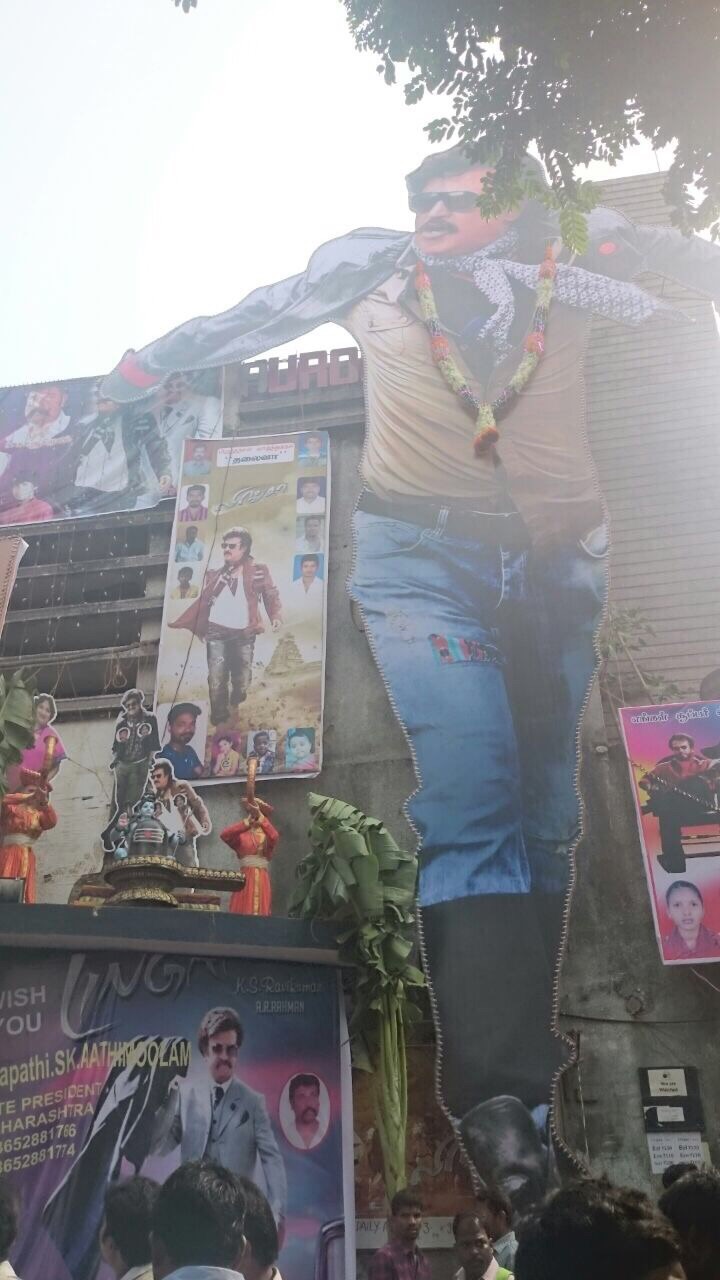 In Mumbai too, renowned Arora theater in Matunga witnessed people coming in huge numbers on the first day of release itself! We hear there have been huge cut-outs and pujas being held for Rajni!! Such is the admiration of people for this humble star.

In return Rajnikanth has decided to treat his loyal fans across the globe, Thalaivar has  broken all records set by any Bollywood/Tollywood film, LINGAA film has released in more than 3000+Screens in India and 1000+Screens worldwide for Tamil/Telugu release, this record has not been set by any Bollywood star too !!

Eros International’s LINGAA is touted to be one of the biggest films of Rajnikanth as his fans get to see him in live action after a gap of more than 4 years after Robot,  starring Superstar Rajinikanth, Sonakshi Sinha and Anushka Shetty.

Sonakshi Sinha will be seen making a her Tamil debut with this film opposite none other than Thalaivar.

“There is just one word to describe reactions today on release day – unbelievable! We have got fantastic showcasing for the film pan India and overseas with some theatres running as many as 72 shows daily! Rajni sir’s fans are thronging cinemas since early morning and the film has opened to overwhelming reactions, a perfect birthday gift for the superstar”.

Eros International’s “Lingaa” is Directed by KS Ravikumar and Produced by  Rockline Venkatesh.

The entire distribution rights have been acquired by Eros International and the film released today in Tamil & Telugu worldwide. The Hindi release is scheduled on 26th Dec  Worldwide!!