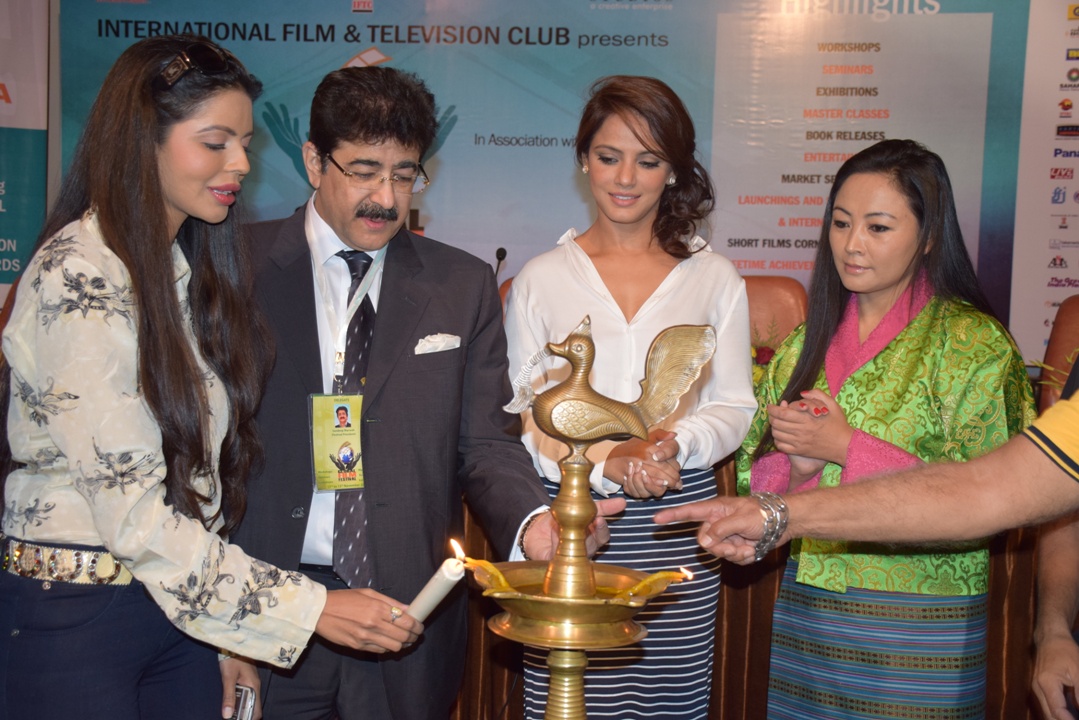 The Film Festival has remained faithful to its founding purpose: to contribute towards the progression of Cinema and celebrating unity through cinema. The 3 day affair saw screenings of 500 films from various continents like Asia, Africa, North America and Europe and an array of 52 events including photography and painting exhibitions, global awards, workshops, new releases, and master classes, technical classes by Panasonic, Philips and Nikon and poster releases. Live performances by Shibani Kashyap, Tikku Hans and Salman of Astitv Band with the students of cinema and fashion set the stage on fire, hosted by Asian Academy of Film & Television.

The festival continues on the road to success with some 15,000 footfalls this year from all over the world. 7th GFFN has been announced as the most happening film festival on this side of the world, said Sandeep Marwah, Five Times World Record Holder in Media & President of the festival.