Tiger Shroff, who shot to fame with his debut film ‘Heropanti’, has bagged two prestigious awards before the award season has even started! The actor, who was nominated in various categories won Best Debutant Actor at the Star Box-office India and Life Ok awards ceremonies. Son of actor Jackie Shroff, Tiger has impressed a number of Bollywood personalities including Aamir Khan, Salman Khan, Ajay Devgn, Akshay Kumar and Subhash Ghai. Aamir Khan, who is a very good family friend of the Shroffs, also unveiled the trailer of his debut film.

“Tiger is extremely talented and focused an amazing combination for a young newcomer’’.

According to reports, Tiger Shroff looks up to actor Salman Khan and has great respect for him. 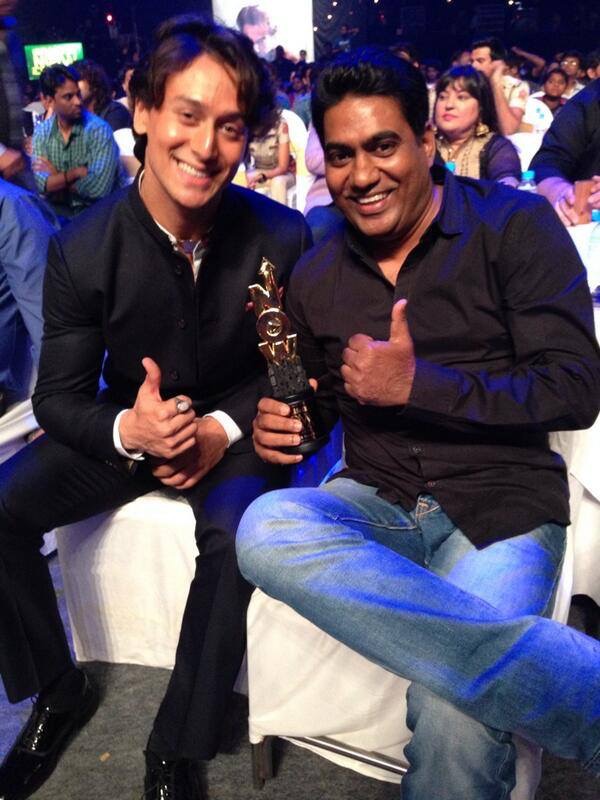 The charismatic actor is currently prepping up for his upcoming movie also to be helmed by director Sabbir Khan, his mentor who introduced the world to this handsome hunk in Heropanti. A spokesperson for the actor revealed,

“Tiger is following a strict gym regime as he is preparing for the character of his second film”.

The plot of the movie is still unknown as is the lucky girl who will star opposite the newest stud in Bollywood. For Tiger, who has won hearts with his debut performance, these awards are just the beginning of many more to come. As of now all we can say is keep watching this space to know more!