Want to know a few things about customs in different weddings? Well here are a few! Indian weddings are known around the world for the grandeur and aplomb they display. But being the culturally diverse land that India is comes with the implication that there is a wide array of customs and traditions that remain unexplored in the mainstream representation of the big fat Indian wedding. Ashvin Gidwani Productions, the house behind the legendary play ‘Blame It On Yashraj’ presents some of the not-so-famous rituals of different types of Indian weddings.

1. In Assamese weddings, the wedding reception takes place before the wedding. Very interesting! 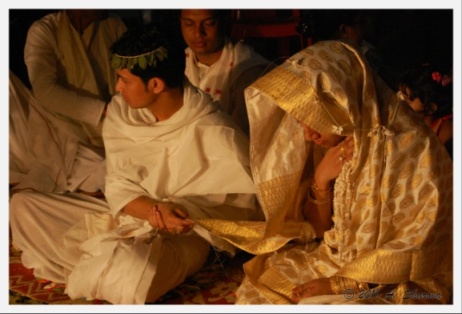 2. In an Iyer wedding, the groom customarily has a change of heart and he decides to spend the rest of his life in celibacy. The father in law must then persuade the would-be son-in-law to give up the thought and marry the bride. Props like a jewel-studded umbrella, the Bhagwad Gita, a hand fan and sandals are used in this dramatic persuasion. The father in law also washes the groom’s feet and promises him that the bride will help the groom in his spiritual growth. 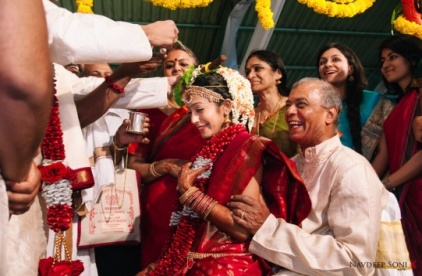 3.Indian Christian weddings are preceded by a custom called Roce, which is held at the houses of the bride and the groom separately. Family elders and friends anoint the bride and the groom with dabs of coconut oil before rubbing their arms and feet with coconut milk. In recent years, however, the coconut milk is being replaced by rotten eggs, tomatoes and chilled beer as a prank. The bride and groom are not allowed to meet each other in the period between this ceremony and the wedding. 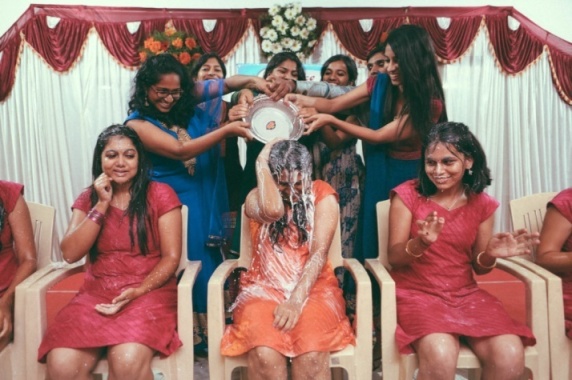 4.In East Indian Catholic weddings, fig leaves are submerged in two pots of well water overnight and the bride and groom are bathed at their respective houses by their respective family elders in that water on the morning of their wedding day. This ritual is called ‘Umracha Pani’. 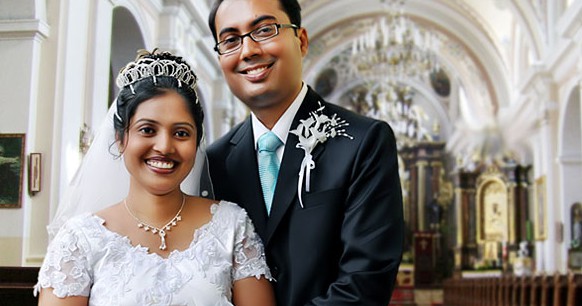 5. Bengali weddings happen in two installments. On the first day, after the marriage rituals are over, the couple is expected to spend the night at the bride’s house. The ‘bidayi’ (farewell from the bride’s family to the bride) only happens on the afternoon after the day of the marriage. 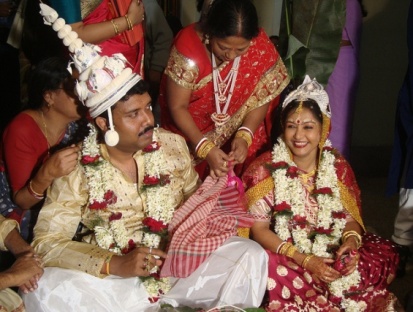 6. In Manipuri weddings, one woman from the bride’s side and another from the groom’s side release one taki fish each into a pond. If both the fishes move side by side in the water then it is considered to be a good omen for the couple. 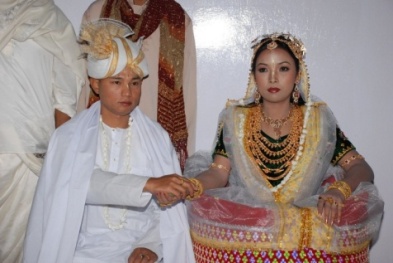 7. In Gujarati weddings, when the groom enters the venue of the wedding, he is supposed to seek the blessings of the bride’s mother by touching her feet and she is supposed to try and catch his nose as a reminder that she is giving him her precious daughter and he must be gentle and good to her. The groom’s brothers and friends are expected to protect his nose from the mother-in-law’s clutches. 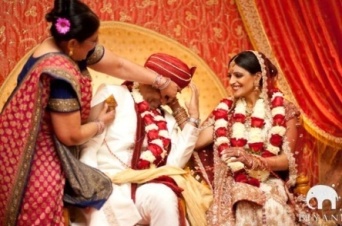 8. Before a Marathi wedding takes place, the bride’s family invites the groom and his parents to have a meal with the bride and her family. The bride’s father is expected to wash the groom’s feet with water in a plate made of silver. This custom is called ‘Srimant Puja’. 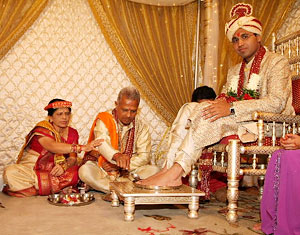 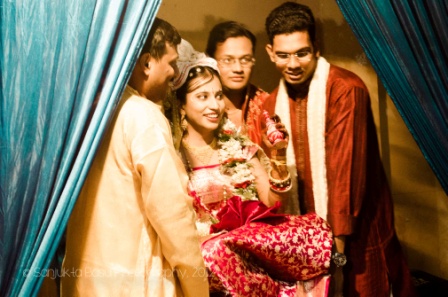 10. After Bihari weddings, the bride is made to balance multiple earthen pots on her head while she bows down to touch her in-laws’ feet upon entering the groom’s house for the first time after the wedding. The number of pots she can balance is believed to be an indicator of her ability to sustain balance in the household. 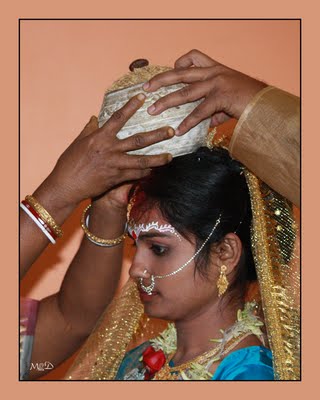