Tanishaa Mukerji looked gorgeous in a blue dress as she made an appearance at one of the oldest multiplexes in the country,  Nandan Cinema alongside her mother and yesteryear actress Tanuja. The duo was there to attend the screening of Tanuja’s Marathi film Pirturoon, which marks her comeback to Marathi cinema after three decades. The film’s director, Nitish Bhardwaj was also present.

“It was great to feel the love and energy of Kolkata. Being with my mom in Kolkata I realized that even though she is not a Bengali, she is truly a daughter of Bengal. I’m very touched with all the love and appreciation they have showered upon her.” 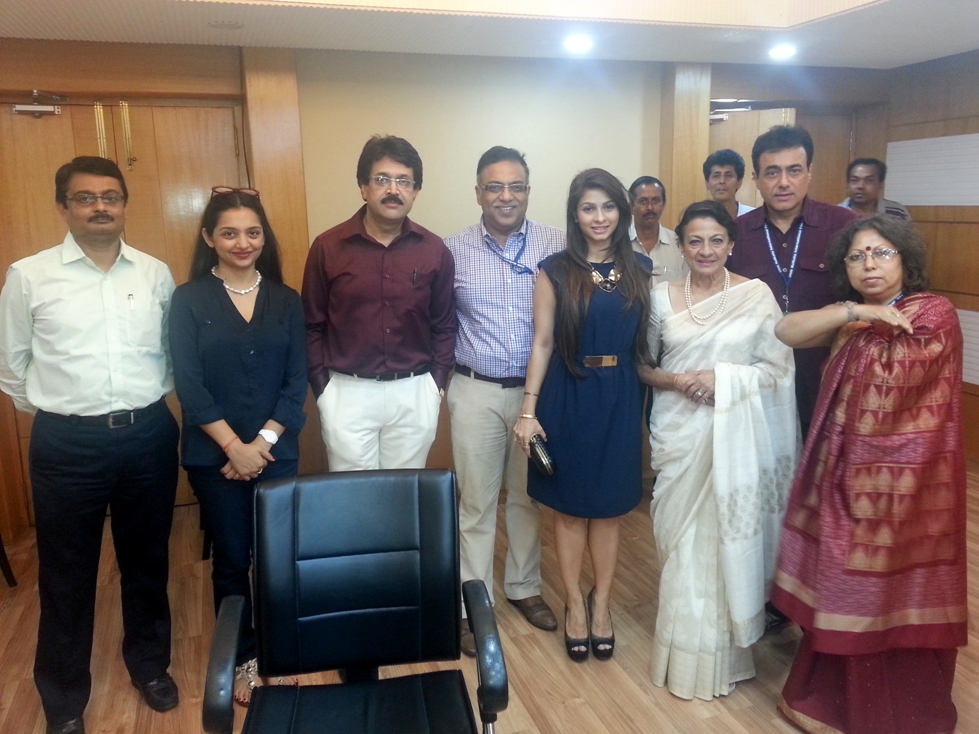 “Being back in Kolkata after 15yrs feels like I’m home again. I’m extremely proud of the fact that one of my films is being screened at the Kolkata International Film Festival. Also, I was very impressed with the way the Chief Minister of West Bengal Ms. Mamata Banerjee organized the festival, allowing such diverse films to touch the lives of so many people. She was an extremely warm and gracious host and the idea of turning the festival into a competition this year is a wonderful one. I’m sure it will be very successful!”

Tanishaa’s deep blue sleeveless dress was adorned by an eye-catching belt and a chunky metal neck piece from Minerali. She let her beautiful tresses flow down her back, adding just the right amount of oomph for the occasion. Tanuja was seen wearing an elegant white & gold saree with a simple pearl necklace defining her classic elegance. The mother-daughter duo does not fail to impress yet again with their outstanding sense of style.

The prestigious 20th Kolkata International Film Festival will go on from the 10th – 17th of November 2014.