After launching the logo of ‘The Vanishing Act: The Untold Story of the MH 370 Crash’ in American Film Market (AFM), director and writer of the flick, Rupesh Paul garnered positive response. Many of the people from the world film fraternity were astounded by his courage to go forward with the movie, as it was heavily criticized for trying to profit from a tragic event earlier.

But, in significant turn of events, the audiences liked it and received it well. Most of them were very inquisitive about the incident. All of them asked Paul what was the final verdict on the issue and how would he go about the whole scenario in the movie? To which Paul replied with a simple, “Wait and watch”. 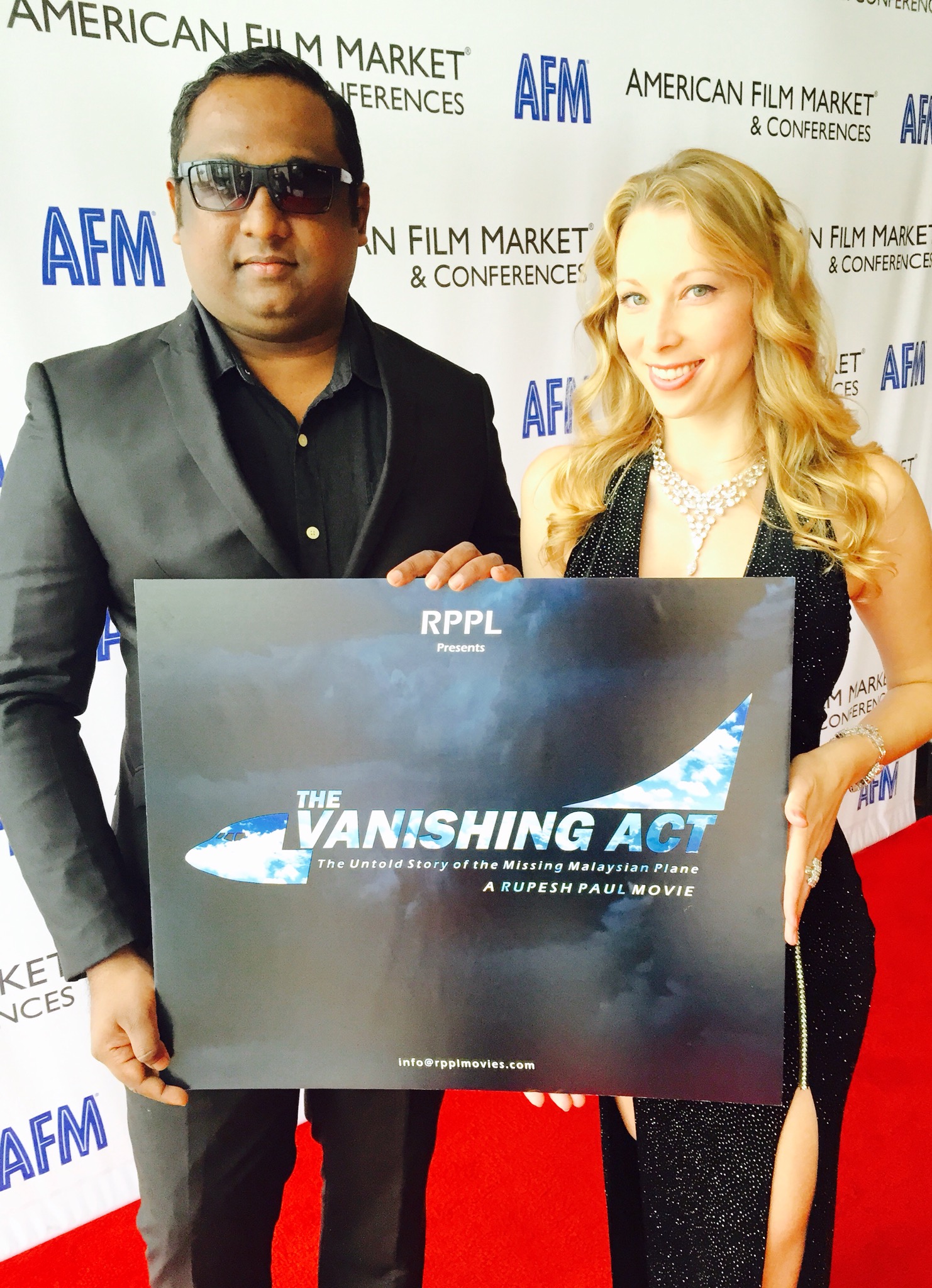 The movie logo and teaser managed to have the intrigue of everyone, and had a lot of sponsors and potential distributors during the promotional event. The director decided to stay mum on the topic, as of now.

Paul thwarted the claims that the movie will be somewhere on the lines of famous actor Liam Neeson`s ‘Non-Stop’ by saying that,

“It`s not the regular movie we all hear about, since this will be the first movie to be shot in mid-air in a real Boeing aircraft. Also, it has a very different storyline.”

Also present at the event was popular actress Jennifer Day, who expressed her interest in the movie and desire to play the lead. The meeting has made Paul`s job easier, who is busy auditioning actors for the role of the female protagonist in Los Angeles. Only time will tell.

Jennifer Day is an actress of Italian and Polish decent and is famous for her TV series, titled ‘Jennifer Day TV’. She gained major acting acclaim after winning The Best Film Award at The Valley Film Festival for her lead role in the psychological thriller Trunk. Apart from acting, Jennifer has recorded 3 pop music albums and is an out-and-out performer.

RPPL has already announced Jared S. Eddo as the Stunt Choreographer for the film, who has gained great experience after working on movies like “The Hunger Games”, “300”, “The Expendables” etc.The Vanishing Act: The Untold Story of the MH 370 Crash is a psychological-action-thriller which is based on the real life incident of the Malaysian plane that went missing over the southern Indian Ocean.