The talented New Delhi author Mr. Ratan Kaul who had co-authored book ” Arbitration: Procedure and Practice” , has come out with a British India Romance novel  “Wings Of Freedom” which is a historical fiction of the early 20th century. During the book launch which was held at the Constitution Club of India, New Delhi, Chief guest  Ustadmaa Zila Khan a Sufi singer had commented about the book,

“I’m quite impressed by the story, flow of the language and author’s writing style. The story provides an in-depth scenario of the British India period and beautifully portrays the cross-cultural romance of Indian boy and British girl. Being a classical singer and a passionate poetry lover, I have specifically liked Mr Kaul’s poetic infusion and flow in this novel. Urdu ghazals, Rajastahani folk songs, English poetry and Sanskrit verses all have been artfully woven into the story.” 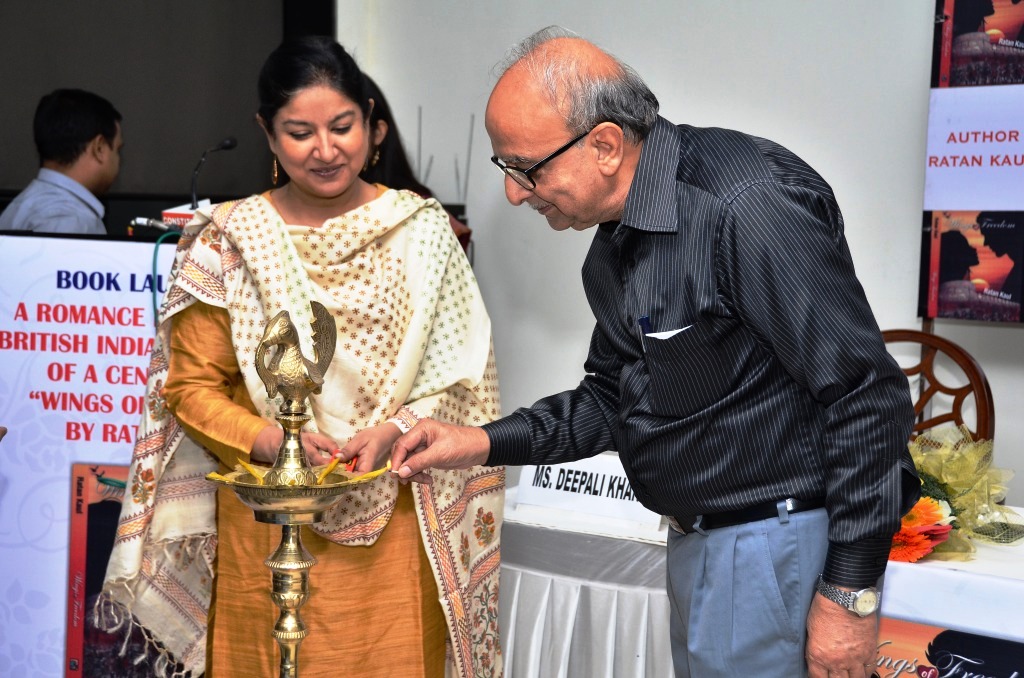 “The story depicts the scenic tapestry of the city of Delhi as it existed a century back. It is set with the bubbly romance of Raju, an Indian boy and Eileen, the teenage daughter of a British officer, in the backdrop of freedom movement in India during British rule and is blended with thrills, suspense and adventures. The book also depicts the story of the era of British India through a purely Indian perspective by depicting portraying the flavour of Indian culture, traditions and values that existed a hundred years ago.”

Be sure to check out this great book!