Hailing from such a magnificent film family it is no surprise that all of Bollywood came out for this fairytale wedding of Arpita Khan and Ayush Sharma. This little princess of the Khan clan has brought together so many people, her wedding is bound to be filled with memorable moments. Check out our list of favorite moments from Arpita’s wedding functions! 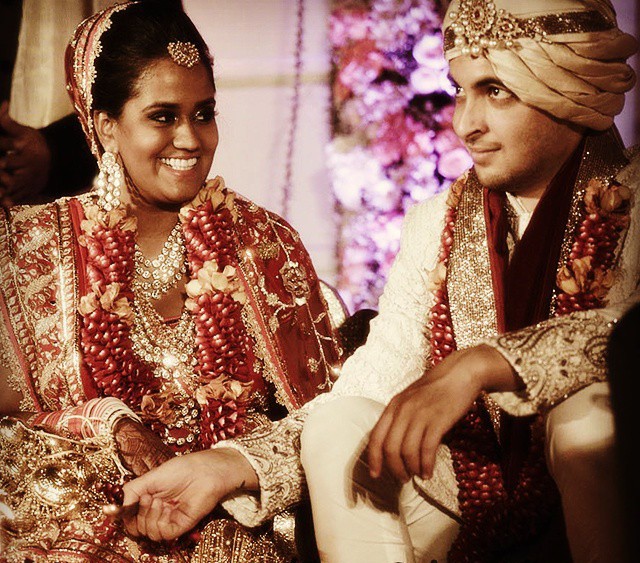 5. This wedding allows all the Bollywood stars to just hang out! Nobody arrive with any “nakhre” it was truly a family event where everyone ate, danced, embarrassed the crap out of each other and had tons of fun. At the reception Amir Khan, Arbaaz Khan and Varun Dhawan hit the stage to dance while Mika Singh performed “Jumme Ki Raat.” Priyanka Chopra joined the boys for a dance as well and Salman Khan embarrassed a very shy Katrina Kaif as he tried to call her on stage to dance to “Chikni Chameli.” Salman first calls her Katrina Kaif and then he says

Of course it was all in good fun and the audience cracked up! Karan Johar brought Katrina Kaif to the stage and they all did a little dance too! 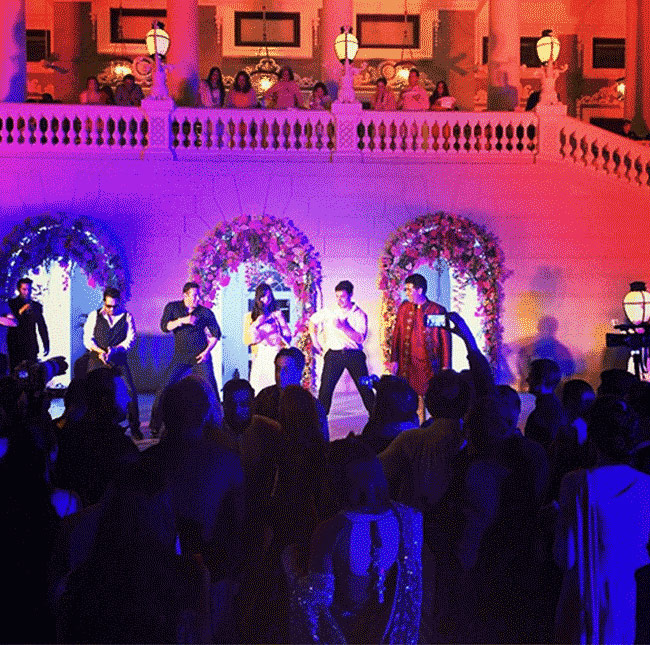 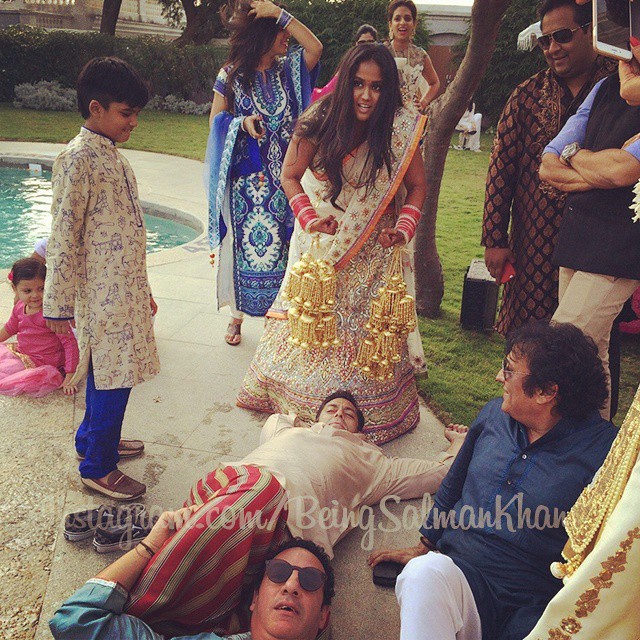 3. Did Amir Khan just sing “Aati Kya Khandala?” That’s right! The talented man of many trades was at Salman’s side for the wedding helping out anyway he can. Amir is just like another brother to little Arpita and he wasn’t afraid to hit the stage to entertain the guests at the reception. After Mika Singh performed Amir and Salman had an impromptu singing performance. Kiran Rao and Pryianka Chopra also joined them on stage, check it out!

2. One of our top pick HAS to be the fact that Salman Khan and Shah Rukh Khan have once again rekindled their friendship. Looks like Karan Arjun are back! And this time it looks like it’s for real, not just a photo-op for the press. Salman Khan was once very close to Shah Rukh Khan and it is no surprise how SRK loves Arpita like his own little sister. apparently due to work schedule SRK was not able to make it to the wedding events but he surprised the family by showing up at the end of Arpita’s Sangeet! Needless to say everyone was happily shocked! 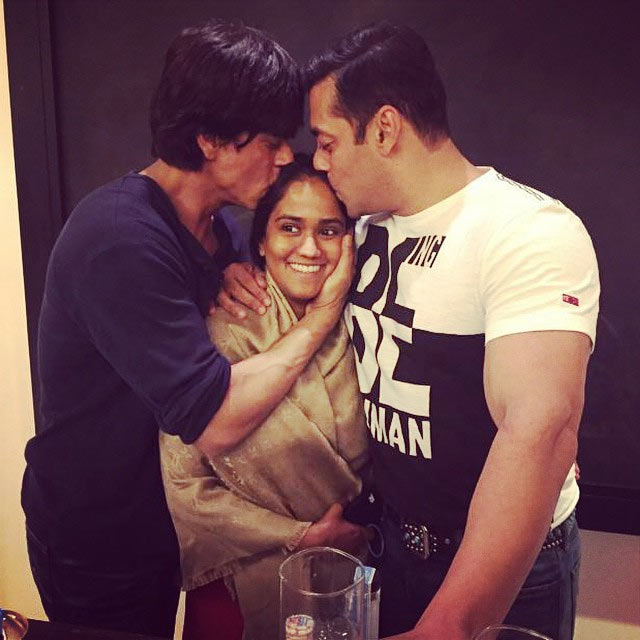 1. Our TOP pick is that rumor has it Salman Khan introduced his girlfriend to the family! You heard it, Bollywood’s perpetual bachelor might just be off the market! Romaninan beauty Lulia Vantur is supposedly the girl Salman Khan introduced to his close friends and family as his new girlfriend. Can you hear the hearts of millions slowly crushing? (Not to worry though, young Bollywood still has much to offer us single girls in the form of Ranbir, Varun, Siddharth and Ranveer!)