We all want him to settle down and we all want him to start a family. The hunk of Bollywood whose sister recently got married over the weekend also brought a lady along who has entered his life! Well, well. First it was Somy Ali, then Aishwarya Rai then Katrina Kaif and now another lady has taken his heart. Well this time she isn’t Indian but Romanian? 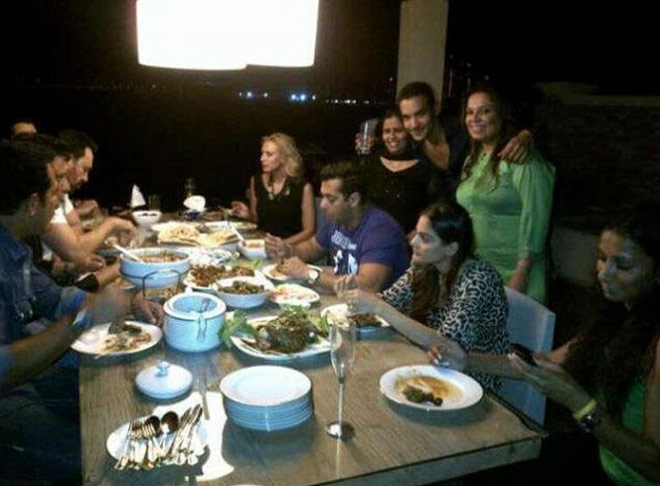 According to an insider the Romanian actress who was spotted at the Khan sister wedding is also really close to the family and he had met her on the sets of Ek Tha Tiger. Salman Khan also reportedly introduced Romanian beauty Iulia Vantur as his girlfriend to his friends and family at his sister’s wedding. Looks like this one might be a keeper we hope!

“Now I’m in transit period and I like it. From the age of 15, I did not get a transit period. For the first time, I have such a chance to sigh. I am sighing more since it has been two-and-a-half years. It’s time to stop sighing because something soon will happen in my life,” he said.

“I follow humanity. I follow Islam, Christianity, and follow right thing as much as I can. I have been kind of blessed. Father is Pathan, mother is Hindu, second mother is Catholic and brother-in-law is Punjabi. Wife, I am thinking to bring from outside,” Salman added.

Well we sure hope this is the one as after having 3 long relationships we need to see another Khan wedding! So Salman Khan let’s hurry up and get you married it’s about time! If it’s true we wish him the best of luck with this relationship!