Director Rahul Nath’s debut film ‘Khazana (meaning “treasure” in Hindi) centers around an Indian housewife coming to grips with her abusive husband’s philandering ways and the injustices visited upon her by both him and his family. Far from being a serious indictment of the problems women face in some aspects of the mostly patriarchal Indian society and culture, the film comes across as a  Lifetime movie with a hint of dark and twisted humor. Lead actress Ulka Simone Mohanty brings the films long-suffering wife Vaidehi to life, who takes matters into her own hands. Ahmed Lucan plays the abusive husband Amar, who is also caught up in an illicit affair with his overly dramatic mistress, Neelima played by Reem Kadem. Bahram Khosravani plays Vaidehi’s initially sympathetic yet ultimately repugnant psychiatrist Rishi, who eventually suffers the same fate as everyone else in the family at the end of the film. 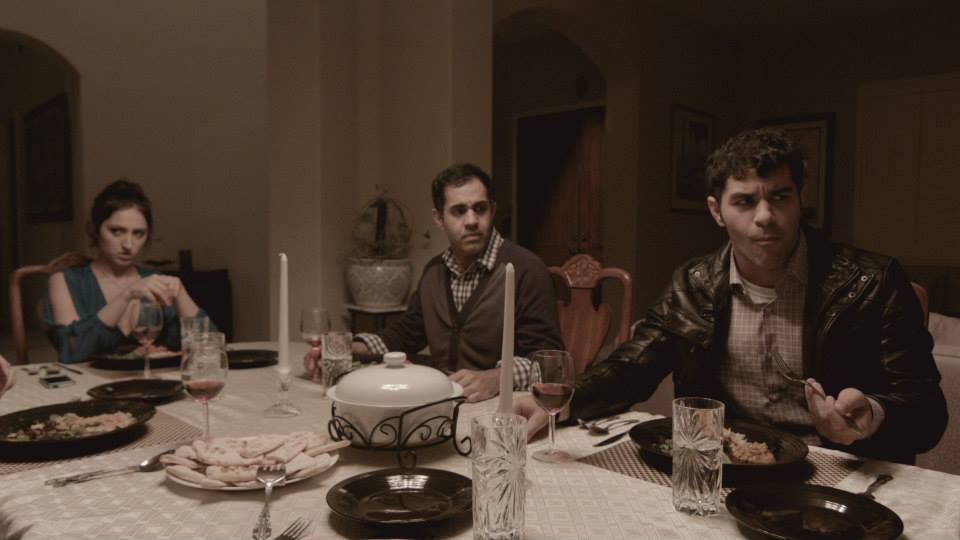 Director Rahul Nath even takes an on-screen turn as an obstetrician who is blackmailed by Vaidehi’s husband into forcing Vaidehi to choose an abortion because of his own dark past as a child molester in England.  Beyond this, we are treated to Shruti Tewari’s turn as an outlandish mother-in-law who would feel right at home as the wicked stepmother in ‘Cinderella’. Sonam Arvind Dhage completes this mother, daughter combo as Americanized sister-in-law Sapna. These relatives either actively encourage Amar’s abuse of Vaidehi or turn a blind eye as depicted in one scene in which he beats her senseless. Yet, Vaidehi miraculously survives and shows no bruising on the face the next day. One bright spot is Laikh Tewari’s turn as a mostly mute servant Dhaman. He adds a bit of life and humor as Vaidehi’s accomplice in the latter scenes and gives a wonderfully creepy laugh during the revenge sequences. Go Laikh!

Ultimately, ‘Khazana’ should be celebrated for its accomplishments.  Rahul Nath’s manages to put together an entertaining and interesting dark comedy regarding spousal abuse in the Indian American community. This reviewer, for one, would love to see a Waters-esque send up of the prototypical archetypes found in the Indian community, the doting Uncles, the nosy and gossiping Aunties, the over-bearing but well intentioned parents, the perfect children who are secretly petty-criminals, and all the other characters that inhabit the underrepresented yet vibrant Indian-American community on the Silver Screen.