Bollywood is promising a song-and-dance extravaganza as Indian cinema throws its awards ceremony in the United States for the first time, looking to tap into a mature but lucrative market, as AFP reports. The tour kicked off in NYC with Vidya Balan who is very excited about the event which is coming to America for the first time! 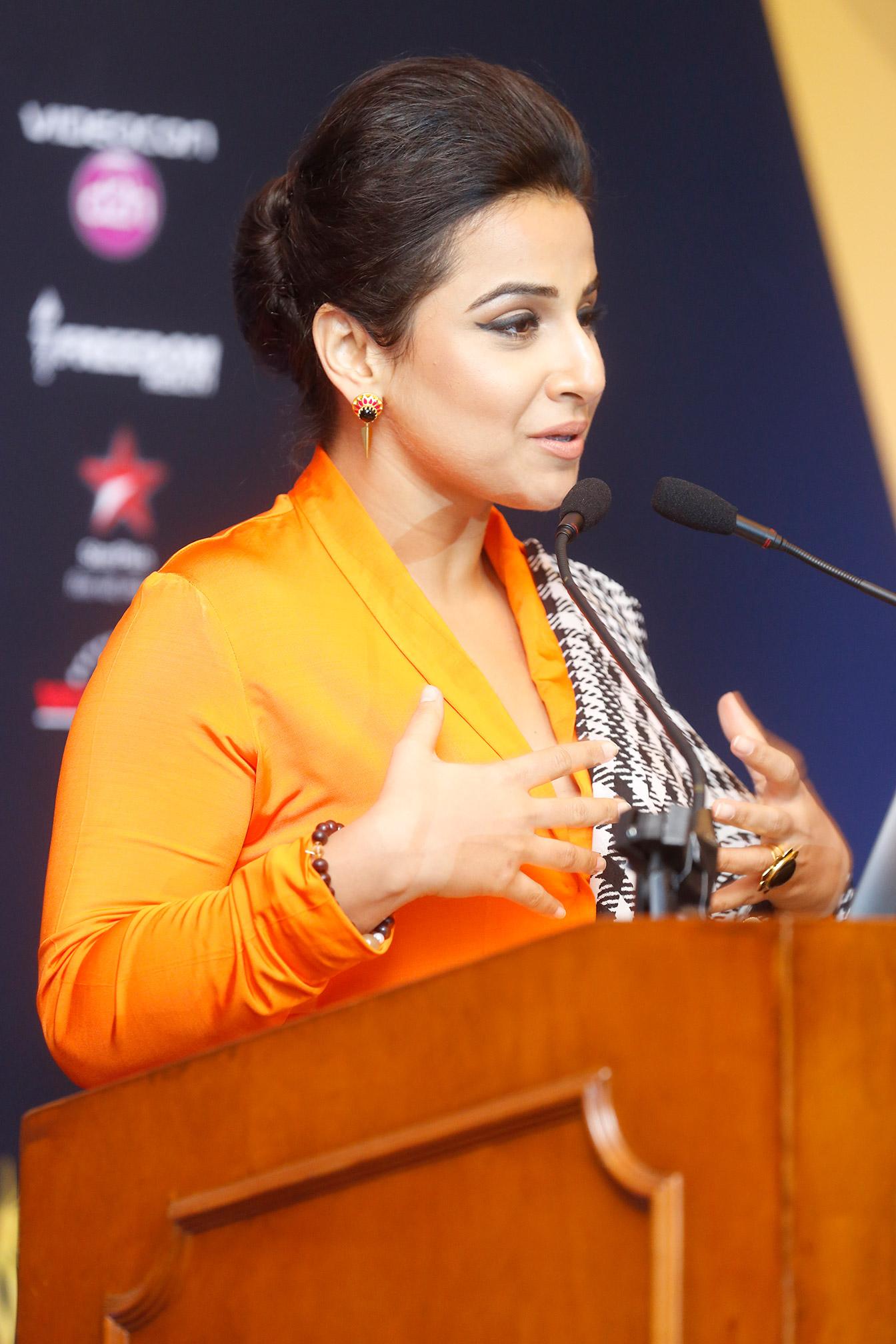 The International Indian Film Academy said “House of Cards” and “American Beauty” star Kevin Spacey would appear in an acting workshop during the April 23-26 program in Tampa, Florida, part of an effort to woo an American audience. Hoping to show Bollywood’s global appeal, the prolific industry’s answer to the Oscars has never been held in India since its inception in 2000. Instead, the awards have traveled to Britain, Canada and Australia but never the United States, the home turf of globally dominant Hollywood.

“It was high time, really. I don’t know what has taken us so long,”

said leading Indian actress Vidya Balan, who will also appear at the awards. In what may be a hopeful omen for Bollywood’s chances stateside, Vidya said she unwittingly held up the airport’s passport control line as the US officer explained to the actress her fondness for India’s “uplifting” films. Vidya, who is known for portraying strong women and served last year on the Cannes Film Festival’s jury, said US audiences were beginning to ditch stock images of Indian cinema as just formulaic song-and-dance routines. Actor, Vidya Balan said,

“Having traveled to a number of exotic locales the world over, IIFA has made its mark on the map, educating the world about Indian Cinema. Going forward, I am very pleased to be a part of IIFA’s landmark journey, as they venture into the United States, in Tampa Bay. I am excited to be a part of the IIFA Master Class this year and look forward to engaging with my fans in the US.” “I think some had the idea that Hindi film was esoteric or all a one-off spectacle,” she told AFP. “I think they are now ripe to see that Hindi cinema has far more to offer.”

Organizers said that Tampa had courted the Bollywood awards and that the industry chose the city off the Gulf of Mexico for its record at holding major events including American football’s Super Bowl and the 2012 convention of the Republican Party. 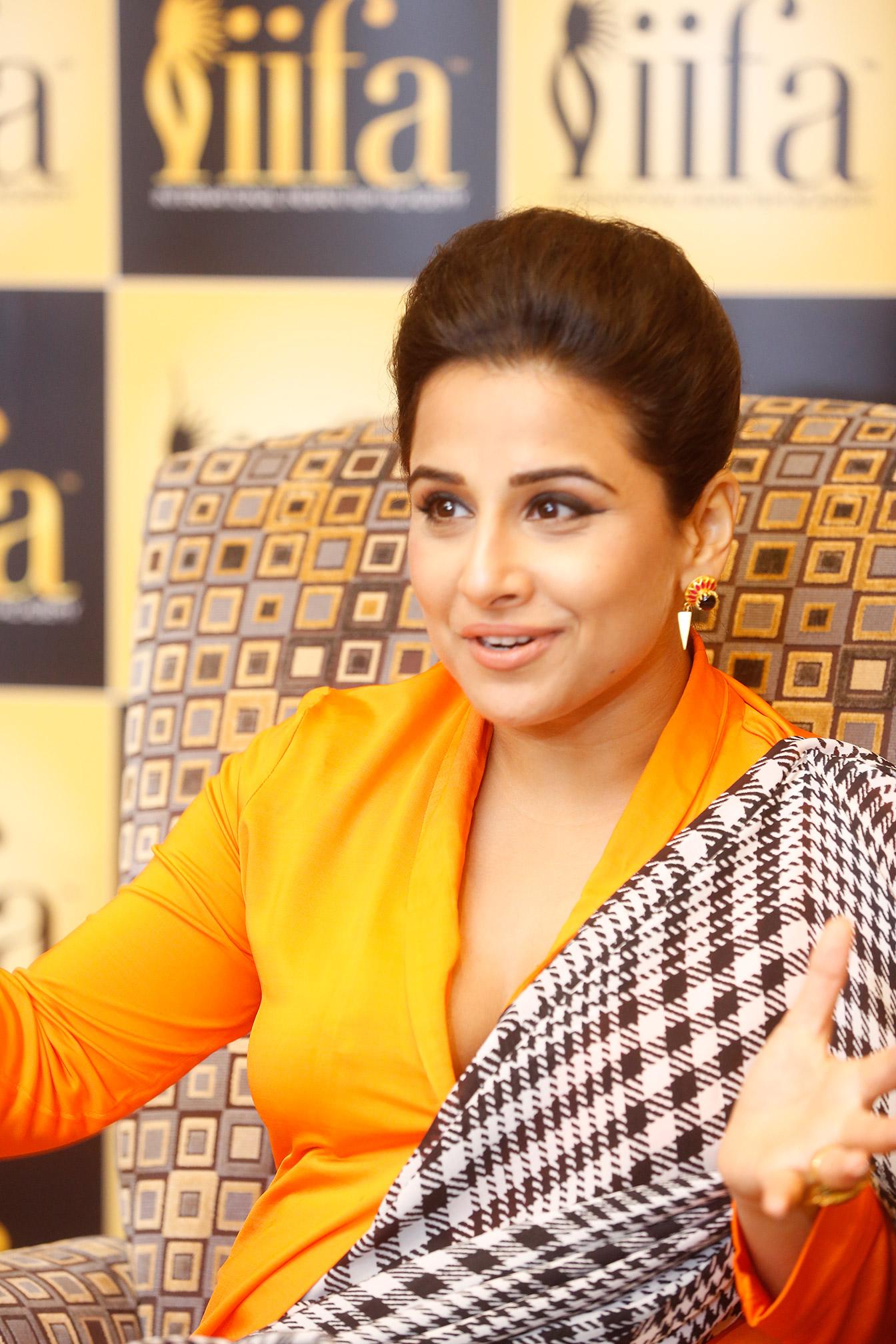 Dr. Kiran Patel, an Indian American health care mogul in Tampa who helped bring the awards to the city, said that Bollywood played a “tremendous role” in the world by appealing to moviegoers regardless of religion, race or other dividing factors. At the New York press conference he said,

“It is not only entertainment that it is doing, but it is introducing our culture, our heritage to mainstream America… This is a way of showcasing our culture in a very different way and at a level that has never been witnessed in this country.”

The awards will kick off with a free party for the Tampa public complete with Indian food, music and dancing. So how will it impact the economy and what will it do for Tampa and the United States? Bollywood already has natural inroads in the United States, where nearly three million people are of Indian descent. The industry is also not short of viewers, estimating its films sell 5.3 billion tickets each year around the world. But organizers said that the awards would bring additional economic benefits, with some 130 Indian chief executives jetting to Tampa to look at business cooperation on the sidelines. 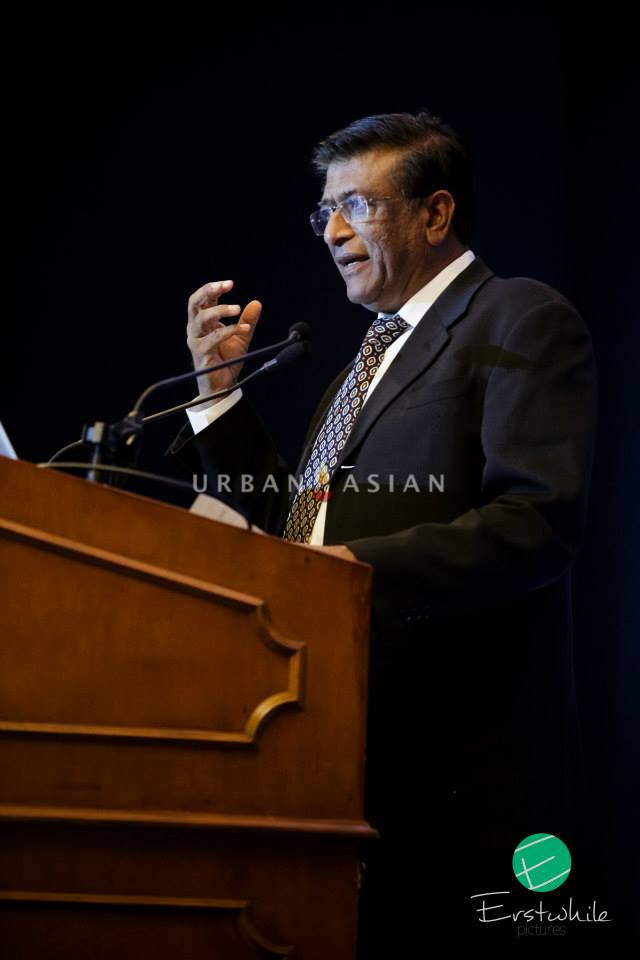 Rahat Fateh Ali Khan, the Pakistani singer of qawwali spiritual music whose work has appeared in both Bollywood and Hollywood films is the nephew of the late Nusrat Fateh Ali Khan, who gained an international audience through his collaborations with Western musicians including Pearl Jam’s Eddie Vedder. The IIFA Magic of the Movies and Technical Awards will highlight the music of world renowned musician, Ustaad Rahat Fateh Ali Khan. The Ustaad of Qawaali and Sufi music, Khan is famous for his unforgettable Bollywood chartbusters including Sajda (My Name is Khan), ‘Teri Ore’ (Singh is Kinng, ‘O Re Piya’ (Aaja Nachle), & ‘Jiya Dhadak Dhadak’ (Kalyug) to name a few. His famous international collaborations are Hollywood soundtracks Dead Man Walking, The Four Feathers and Apocalypto. 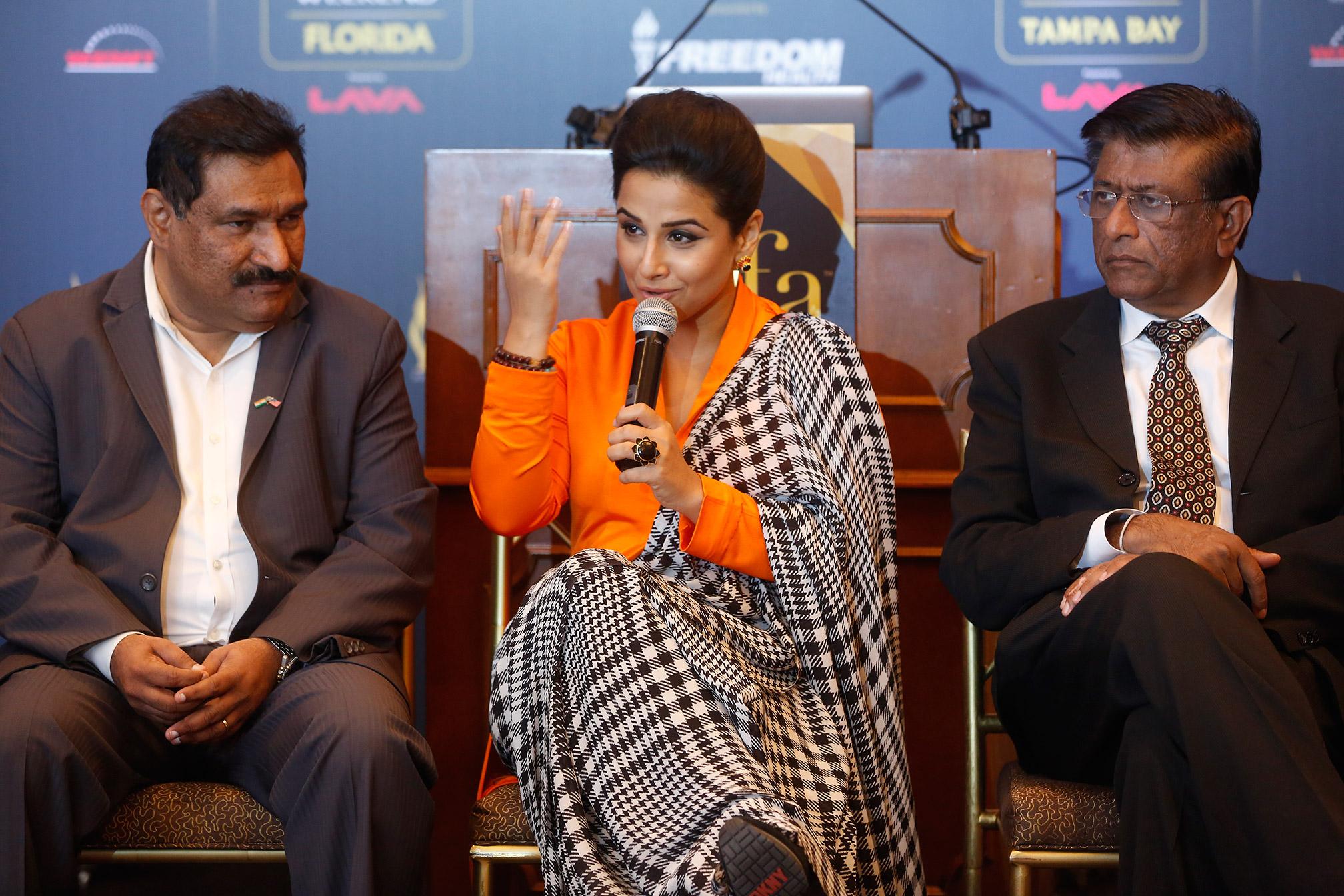 Indicating an overwhelming response across America, over 18,000 tickets across several categories have sold out for the Tata Motors IIFA Awards. To be held on April 26th in Tampa Bay, Florida. Sensing the excitement in the U.S., the organizers today announced a selection of tickets opening up for IIFA Magic of the Movies and Technical Awards to be held on the third day of the Videocon d2h IIFA Weekend (25th of April) at The MidFlorida Credit Union Amphitheater. IIFA Magic of the Movies and Technical Awards will be a night of music, dance and awards, with performances from Kareena Kapoor Khan, Sonakshi Sinha, Farhan Akthar, Bipasha Basu and a special musical act by Pritam. The show will be hosted by Bollywood’s nawab, Saif Ali Khan and actor-comedian Vir Das. Tickets for the same go on sale on www.ticketmaster.com, come Saturday, March 15th.

Additional unique events include the FICCI-IIFA Global Business Forum, an IIFA Masterclass with Vidya Balan and Kevin Spacey, among others and IIFA Stomp, a celebration by the Tampa Bay community to welcome IIFA on April 23rd – a unique celebration of Indian music, dance and cuisine in the Curtis Hixon Waterfont Park in Tampa. This open for general public event, will feature popular DJs led by Ravi Drums and Akbar Sami. 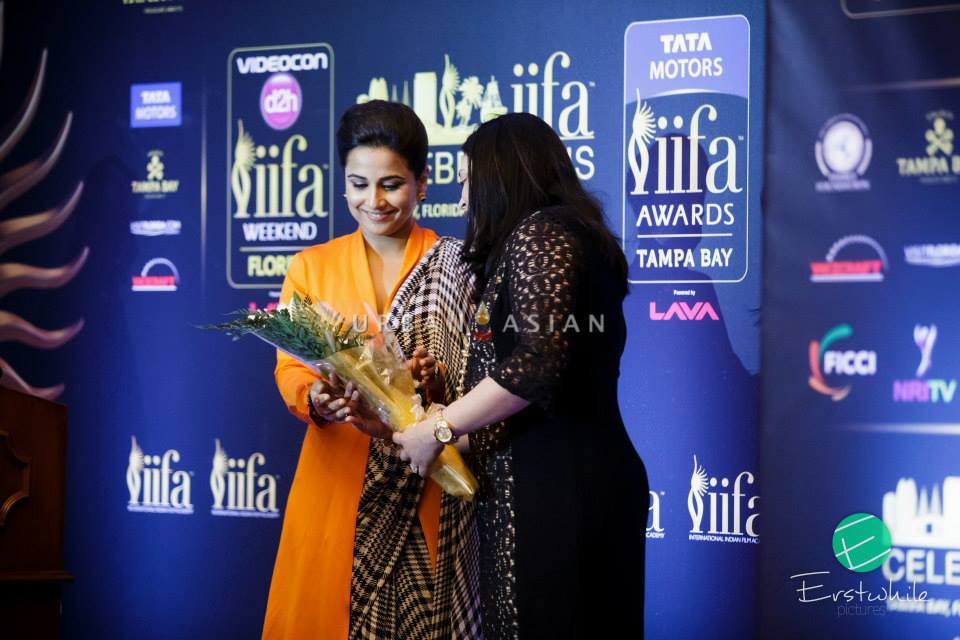 “We have seen at the back of an IIFA, Indian companies going out there and investing in that economy,” said Sabbas Joseph, director of the International Indian Film Academy.

Today Vidya Balan was in Houston and this Friday she will be in Tampa and Orlando having a meet and greet along with a major event in Curtis Hixon Park! Vidya Balan stated today in Houston:

“IIFA gives us an opportunity to bond with each other within the fraternity. It’s nice for us actors to spend time together away from the sets in a different location. IIFA means a lot of first for me. This is my first trip to Houston and IIFA has got me here.” – Vidya Balan.

IIFA also announced that on the 1st day of IIFA we will see Farhan Akthar throw the first pitch for the Tampa Bay Rays which is the baseball team in Tampa! The tour finishes off this week in Houston and Tampa to promote the award show along with a concert after the Press Conference in Tampa in Curtis Hixon Park this Friday at noon!  She also will be meeting fans this Friday in Orlando!