Every now and then, a show comes that you know will leave a lasting impact on audiences.  For those interested in Indian culture, that show is “Mystic India: The World Tour” (“Mystic India”).  Mystic India is an internationally acclaimed Bollywood dance spectacular based on the concept of ancient India’s transition into modern India.  The show, created and choreographed by Aatma Performing Arts’ founder Amit Shah, features renowned musicians, brilliant dancers, breathtaking aerialists and acrobats, and nearly 1,000 opulent costumes. 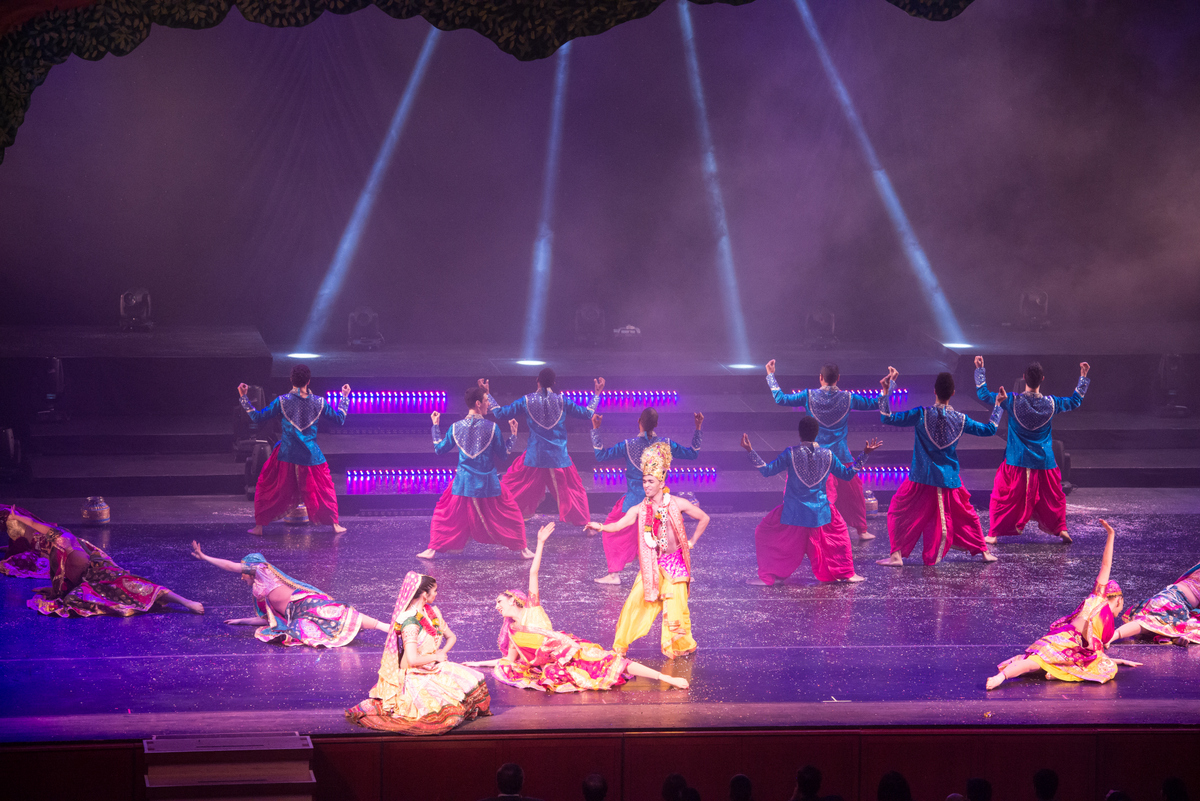 I had an opportunity to watch the show at the New Jersey Performing Arts Center (NJPAC) last weekend.  The show was promoted by Neerja PR and was almost sold out!  That is no small feat, considering that the NJPAC seats 2,800 people, and is one of the largest performing arts centers in the United States!  Perhaps one of the most curious events of the night, was the fact that Indians actually got to the event early!  One could feel the heightened sense of excitement in the air.  The show only began around 10-15 minutes late, which is understandable since over 2000 people needed to be seated and guided into the center by ushers!  Read on below for my full review. 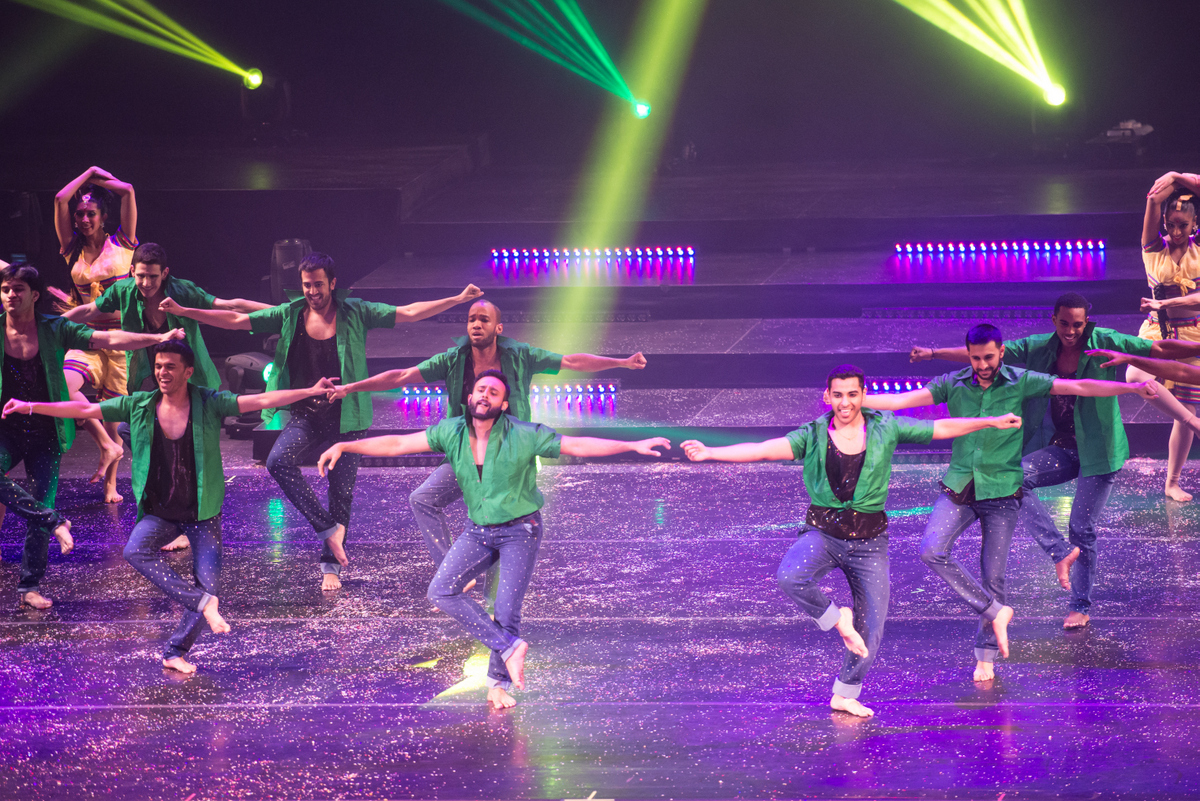 “Mystic India brought Bollywood to Newark, dazzling over 2300 patrons at NJPAC on Saturday night!  With 60 performers, Mystic India was a spectacle that had the crowd dancing in their seats, and showcased the breadth of music and dance that India has to offer.”

“We are extremely excited to be presenting Mystic India: The World Tour at NJPAC. We have travelled to four continents and performed for over 200,000 people. It is truly an honor to be performing at such a prestigious venue on our ‘home turf,’ and we are most excited about launching some of our new content at NJPAC. When I first created the show, I wanted to spread our love for Indian culture around the world and represent India in the most accurate way.   My goal was to change the way Bollywood dance was represented on the international platform, as its being commercialized and losing authenticity. I am proud of our diverse cast for being such genuine ambassadors of Indian culture.” 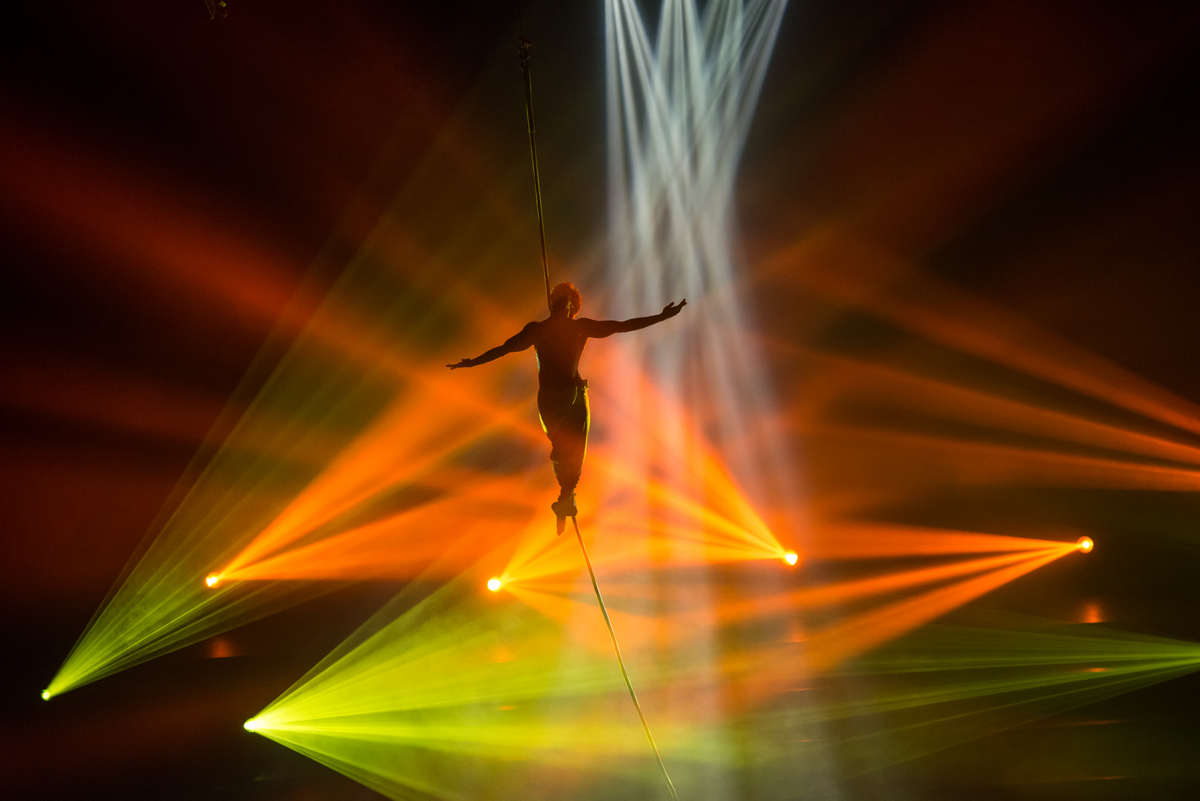 Mystic India is more than just a show.  It is a full on experience from the very first moments of the performance, all the way to the grand finale.  As many of you may know, I’ve never actually been to India, but after watching this show, I feel like I had a front row seat to all things India!  I could almost smell the spices in the air as the show immersed me and the rest of the audience into Indian culture!  India is known to embrace all types of people, from any background, and that notion was embodied in the show itself!  That is, the dancers were truly diverse – different ethnicity, races, heights, and weights!  The only commonality was the talent each dancer possessed! 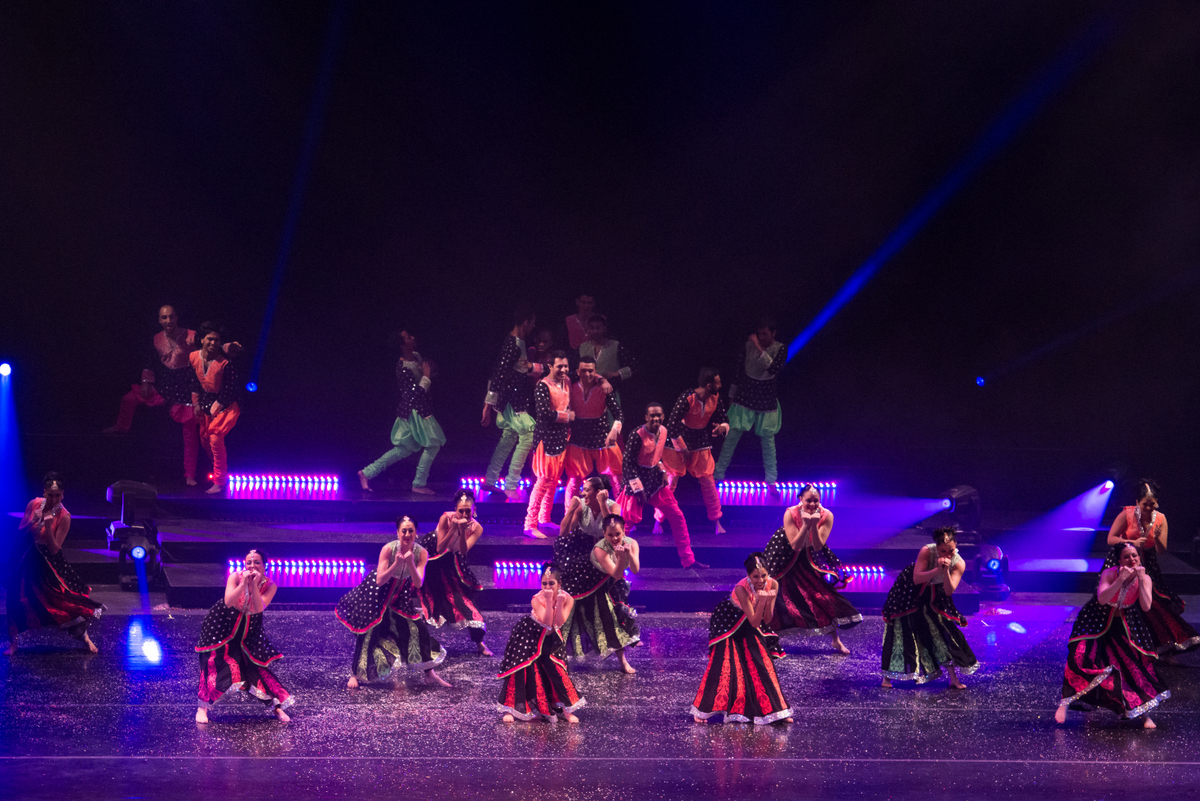 One aspect that is usually lacking in Indian productions is that quality is not the focus, and producers tend to put things together as minimally as possible.  Thankfully, Mystic India is the polar opposite of this stereotype.  The show is all about high quality and is on par with other productions showing in NY!  The opening number at the “temple” was amazingly well done.  One felt like they were in the abode of the gods.  I wish it had been a longer segment!  After the spiritual opening, the show began to pick up the pace taking the audience on a regional tour of India.  This was probably my favorite segment.  I really enjoyed the dances from regions like Maharastra, Tamil Nadu, Punjab, and Gujarat!  These songs and dance portions truly got the audience hooked and the increase in energy levels was palpable.  The production also showcased dances from the Mughal period as well, and of course, a portion was devoted to Bollywood. 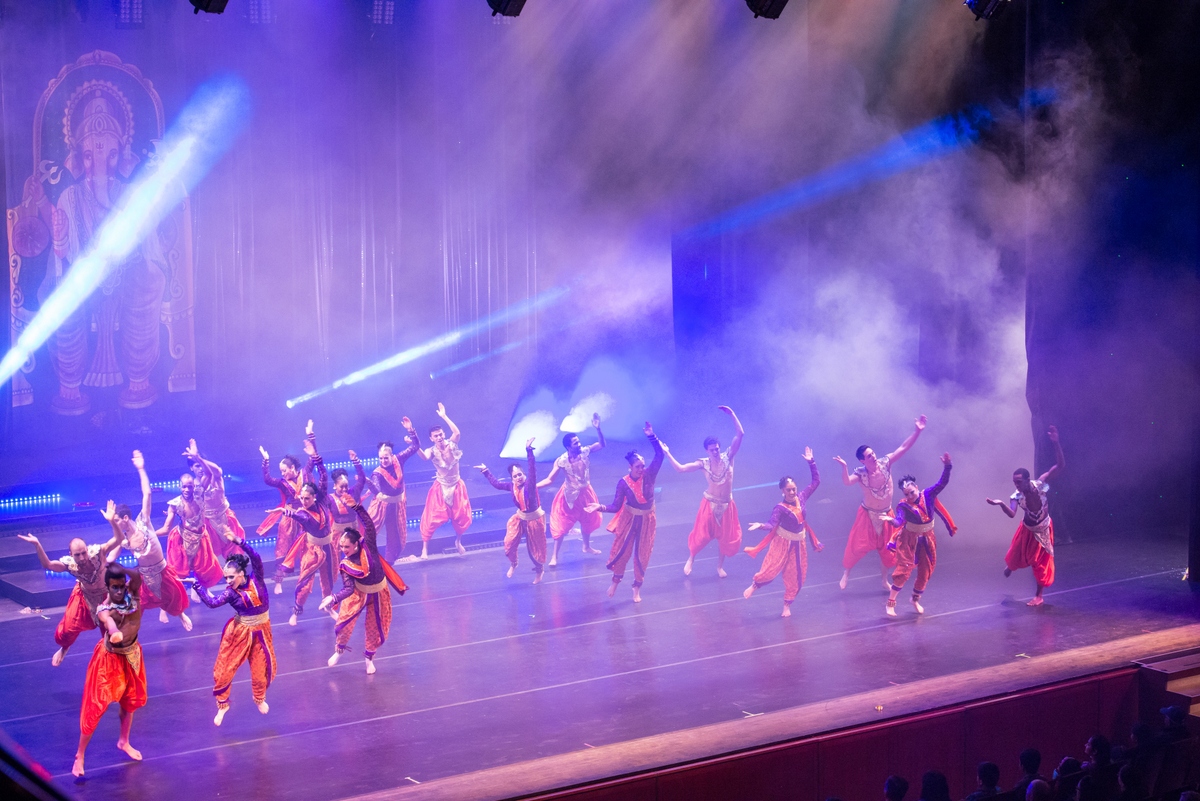 The mood of the show was enhanced by the lighting and stage effects.  Kudos to the production for focusing on every detail to create the Mystic India experience.  I was impressed that the choreographers utilized every part of the stage – and even the orchestra level floor as well!  The holi scene was especially creatively presented.  The audience was truly transposed to India as every inch of the hall was filled with dance.  Moreover, the story teller, who was the audience’s guide on the mystical journey through India, did a great job with his diction and delivery, and appropriately responded to the audience. 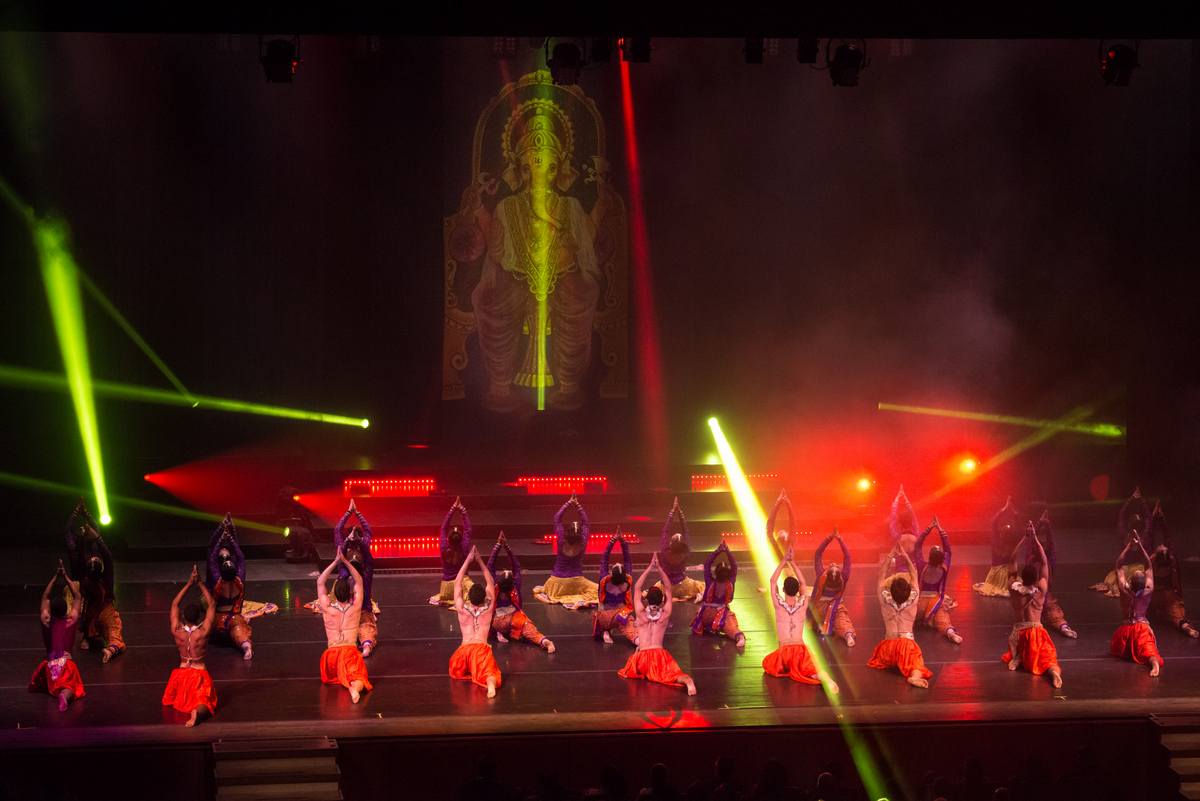 Overall the show was outstanding, and I wish I could give the show a full five out of five stars/  However, there were elements that I feel could have been even more well done.  This show revealed that Aatma Dance Academy’s choreographers have so much potential, and once the potential is hinted at, one’s expectations grow.  My biggest issue with the show was that it did not have many portions with original music, except for musical interludes by a live band in-between segments.  The show relied on tunes that are familiar to Bollywood and Indian audiences and are straight from films.  So, on that level, I felt a bit let down and felt like I was watching a cultural show at college.  Except for the tribute to Bollywood and item numbers portions, the rest of the segments should have utilized more original pieces. 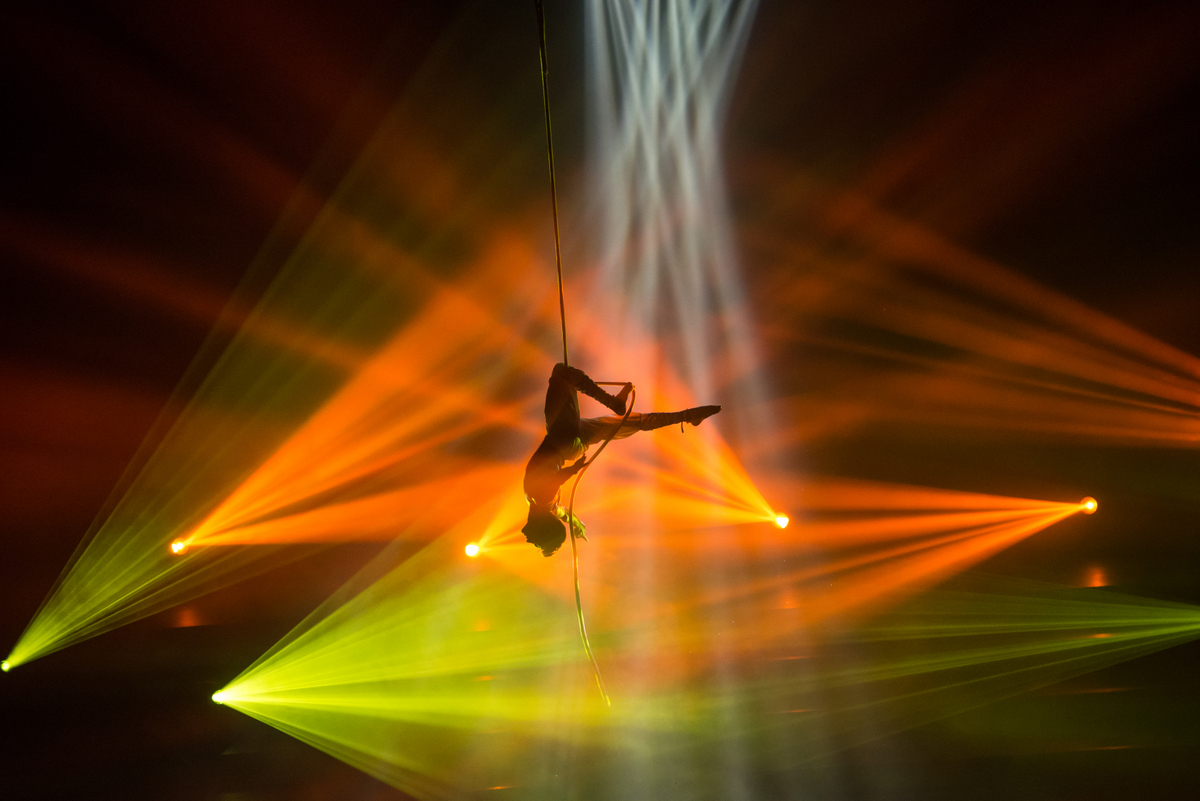 Also, since I am trained dancer myself, it bothered me when dancers did not point their feet or fully extend their arms.  What I noticed was that the non-Indian dancers never forgot their technique.  Perhaps, this is because western dancers have a ballet base and issues like pointing ones feet or extending fully are grilled into their minds.  It is true that as a dancer, often one’s energy and adrenalin take over during performances, but as far as possible, technique should never be glossed over.  However, Indian dancers did have more ada in their movements and emoted more easily.  Additionally, it would have been nice if ghungroos were worn by the dancers in the more traditional segments.  Using live dhol players in certain portions may also have enhanced the dance numbers.  In the Krishna portion, a wig, with the long curly hair Krishna is typically shown with, would have added to the look. 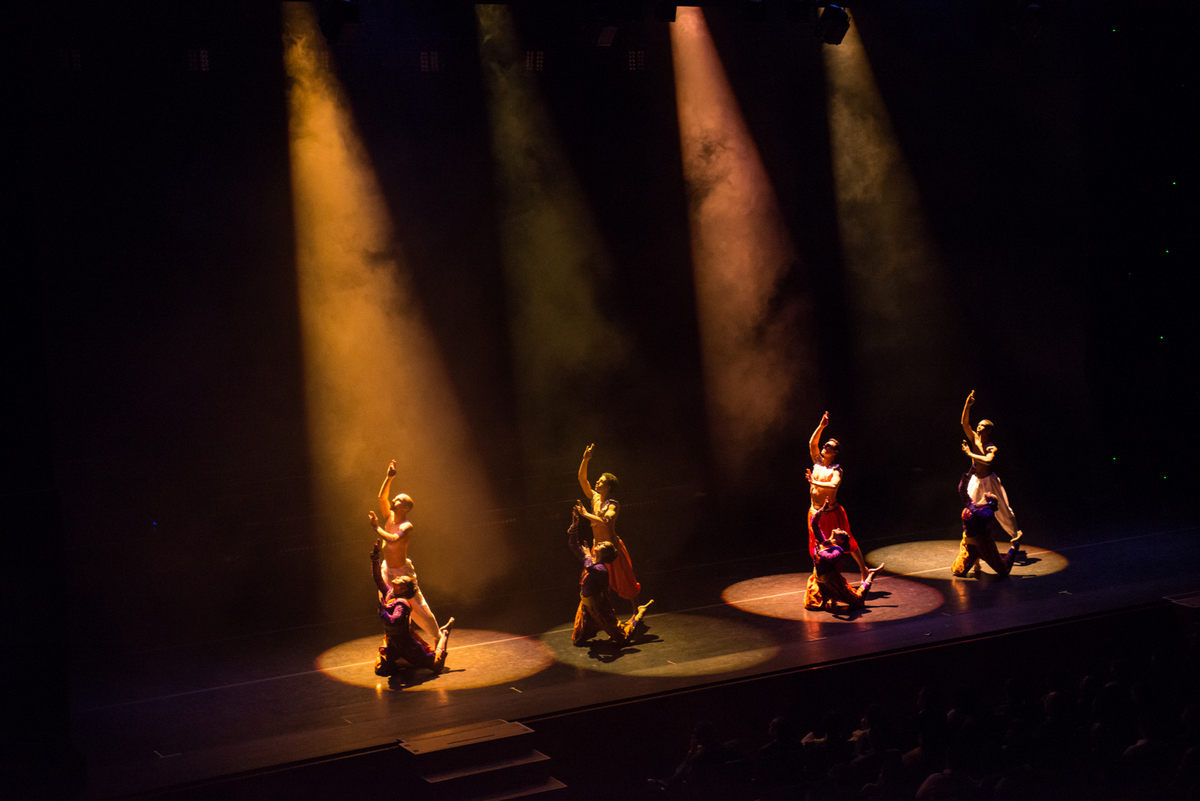 Still, these are mere technicalities that I have mentioned and should not deter anyone from seeing the show.  Mystic India is all about the full experience – lighting, staging, sound, dance, and music.  It attacks your senses fully, just as India is known to do.  If you cannot afford a trip to India, all you need to do is go see Mystic India and you will feel like you are there.  Overall, the show exudes creativity and energy and is definitely worth a watch! 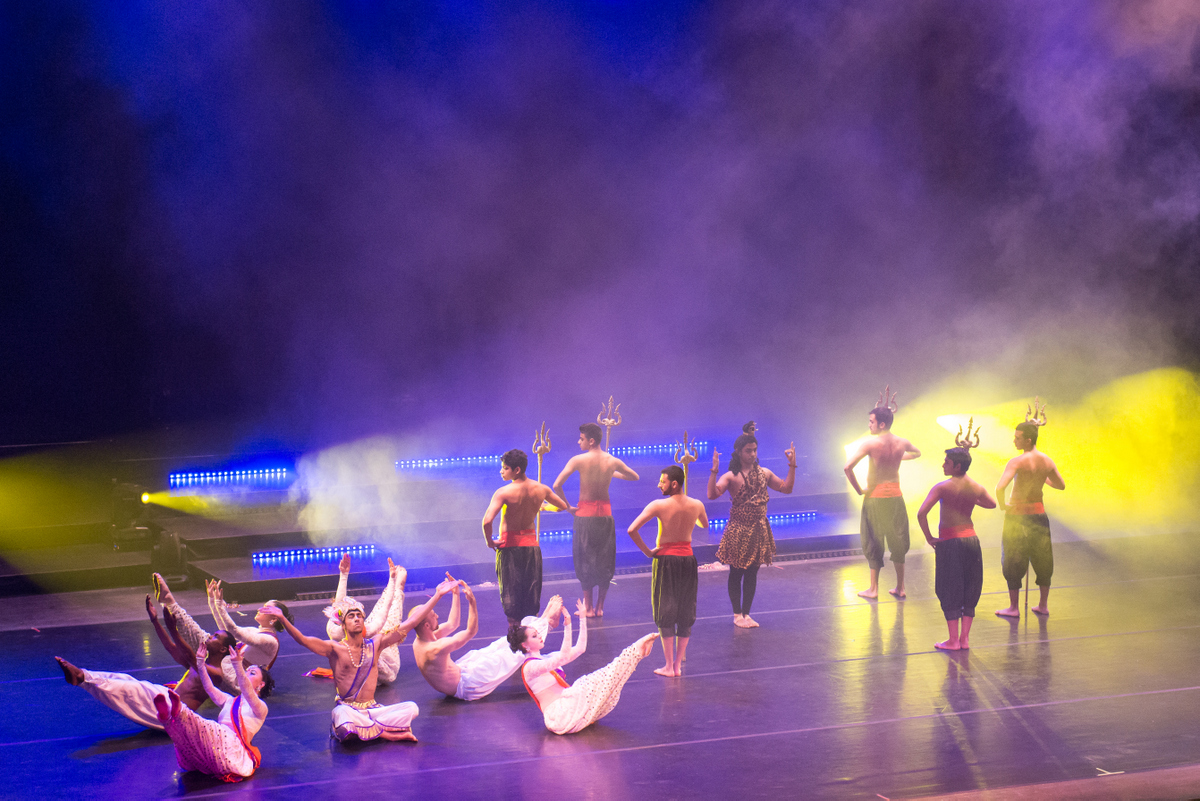