Actor Salman Khan and legal troubles go hand in hand as usual!  The actor has been stuck in a huge amount of legal problems than any other actors in the industry then how can the people around him be safe. Dipesh Mehta who has handled lots of legal cases like Bandra accident matter of the actor, Jodhpur Chinkara case and many other high profile cases happens to be the legal advisor of Salman Khan. Himself got entangled in the receiving end getting extortion calls.

Dipesh Mehta was getting calls for extortion from last about three months and was having sleepless nights till the first accused got arrested. The story goes On December 16, Chatri sent a bouquet with live cartridge, along with a message asking for Rs 2 crore from Mehta. Even after having received around 30 extortion calls, Mehta was unable to figure out that who was behind these calls and why is he being targeted. Mehta claims that the caller did not use any abusive language after first call, but he constantly kept threatening him (Mehta) for money. In a typical Bollywood fashion, the caller warned Mehta whether he wants a flower or a bullet? Mehta told the caller that he has decided to take flower as he understood that he is a dangerous man.

The caller then tried to bargain and asked how much can he give to him? Mehta calmly replied him that he can decide but you will get angry, aur bologe bhikhari samjha hai kya (do you think I am a beggar), After that Mehta spoke with him a lot and told that he has wrong information about him, adding that the (caller) then got angry and said I called you for extortion not to listen your lecture. I am alone and have been active in this profession since past 12 years. During the conversation, Azad displayed his different shades. Sometimes he laughed and on occasions he got angry during conversation. He later tried to assure that Mehta will be his responsibility and he will be taking care of him if anyone will try to harm him.

Mehta told the caller that he don’t have time to talk much as he has to visit a doctor. His voice then started mumbling and asked…aap ko heart ka takleef to nahi hai na (Do you have heart problems). So Mehta replied to him that abhi to nahi hai per aap jaada tension doge to ho jayega(As of now I don’t, but if you will keep giving me tension then I will surely get heart problems). After a while his two alleged accomplices were caught by the police. The man, identified as Aryan Alimuddin Sheikh and Anthony William Dias was nabbed in Bandra, from where he made his last extortion call. Sheikh has five cases of chain snatching registered against him so far, police said, adding that he was released from jail on December 4 after completing a 15-month sentence in a chain-snatching case. Dias too is a history-sheeter who recently completed a five-year sentence for attempt to murder, the police said. 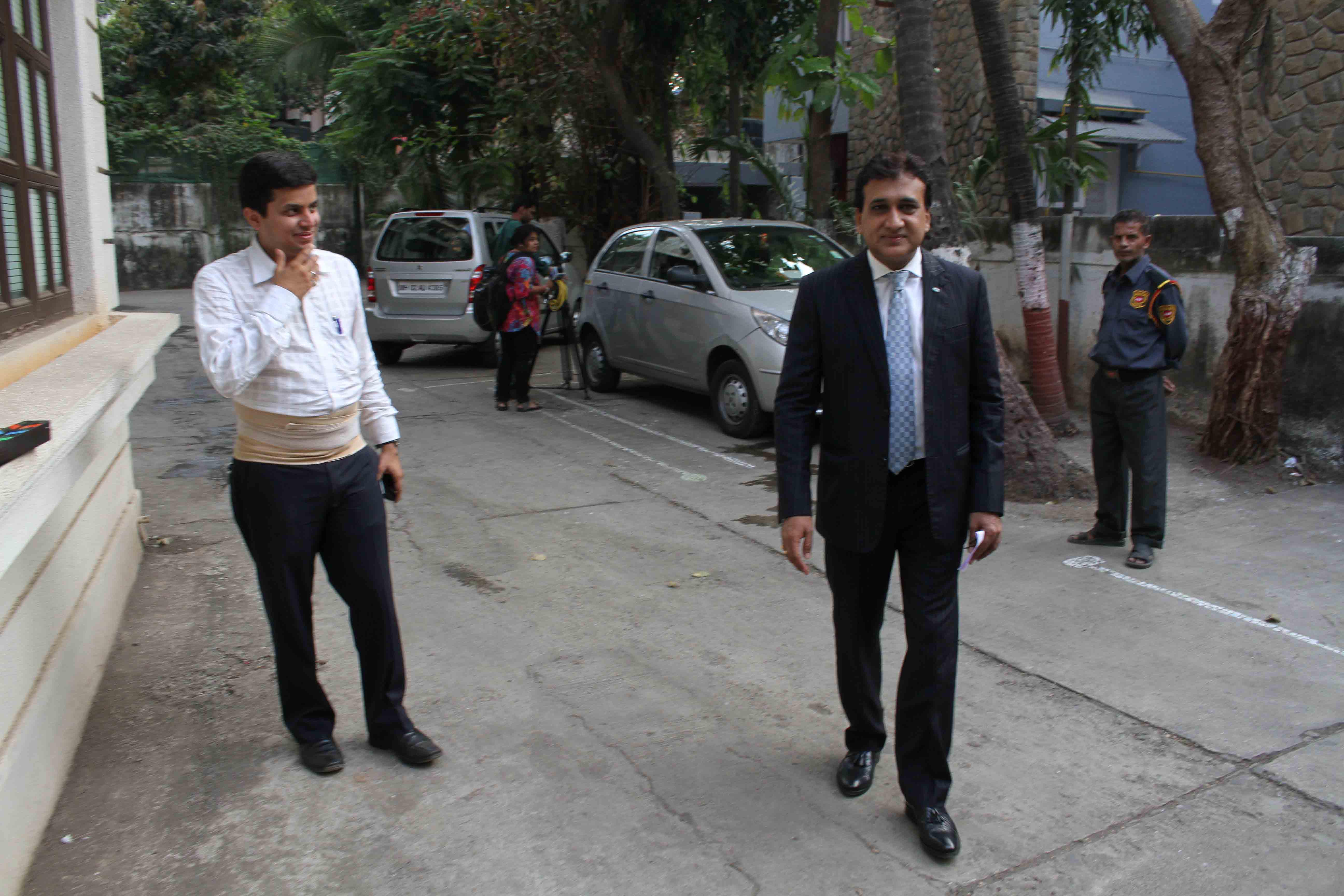 Yesterday the prime accused, Ramchandra Chatri has surrendered to Bandra police on Thursday evening after Mehta convinced him to surrender. The accused was absconding for almost three months now and had challenged the Mumbai police to arrest him. The accused had been calling Mehta since the last couple of days and promised to surrender after Mehta paid for Chatri’s father’s treatment. Mehta has been paying Chatri for this while Ramu’s mother works at Mehta’s house. Chatri’s father was a security guard at the Mehta’s house.

“When I first received the call, the caller abused me and demanded Rs2crore. The caller knew that I have many expensive cars. But I never raised my voice while talking to the caller. I told him that I am a solicitor and have a good office, but I am not a billionaire and have these cars as I worked hard. I have been under extreme pressure for three months. He was like a family member to me. I suffered mental and physical stress by them”.

At the press Conference Dipesh Mehta was seen thanking media and Mumbai Police for their hard work and support and said that because of their pressure Ramchandra Chatri has surrendered to Mumbai Police. Mehta who has gone through this extortion trauma from last three month was seen giving some tips to people on how to handle a person who is threatening you and trying to extort money, “first of all we don’t have to insult them or degrade them then you have to tackle the problem very politely and slowly. You have to give your precious time to make him understand that whatever he is doing is wrong, always take in confidence the police as they are always there to support you without them this case could not have been solved.”

So as of now the accused have been sent in police custody for seven days.